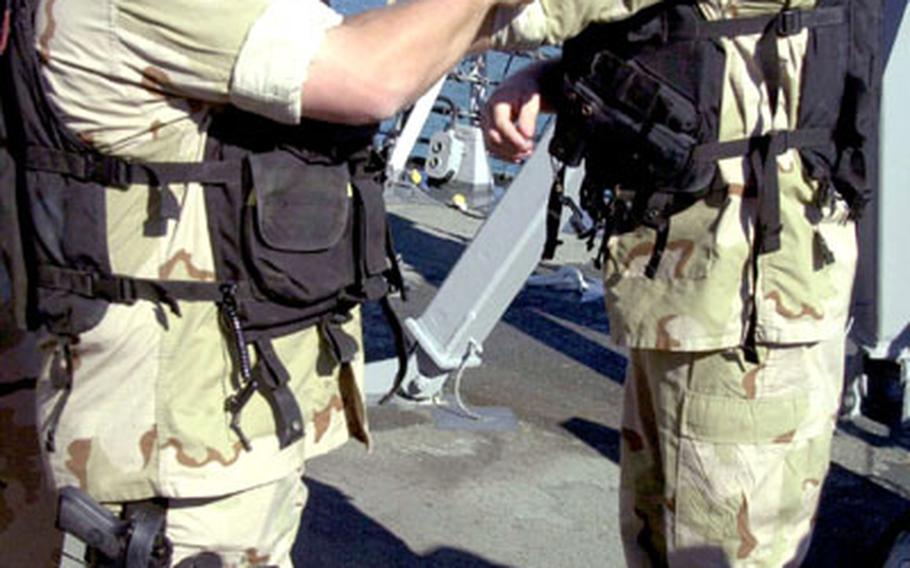 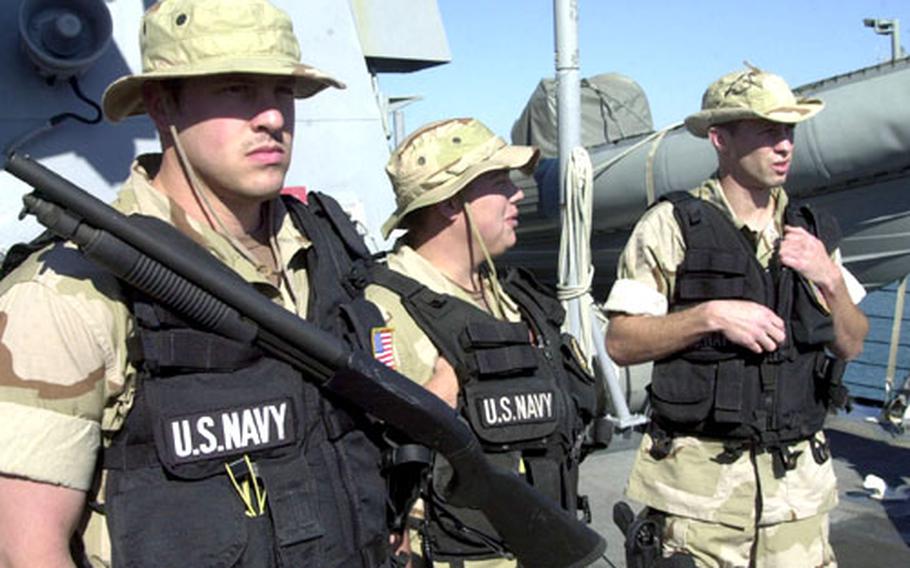 The neatly packed sacks of goodies include rice, fruit, water and pamphlets on who to call if someone ever needs help.

During the ship&#8217;s deployment to the Middle East, Navy teams in small rubber boats approached small vessels and gave them out to fishermen. The handouts might not seem like much, but the Navy is hoping the goodwill gesture will help make friends among the local fishermen and score valuable intelligence on the bad guys.

&#8220;It&#8217;s building ties and building a relationship that we hope will eventually grow to the point that we can start getting actionable intelligence toward stopping international terrorist organizations,&#8221; said Cmdr. Wade Wilkenson, The Sullivans&#8217; commanding officer.

Dishing out the food and goodies is a relatively new method of trying to dig up more information on smugglers, pirates and terrorists who sail the high seas, but the idea is not new to the military.

Soldiers and Marines have used similar psychological tactics on land to win the hearts and minds of residents in places such as Afghanistan and Iraq by delivering humanitarian aid to small villages. For the Navy, the challenge is trying to meet face to face with fishermen and sailors aboard ships in international waters.

The Sullivans along with the USS Underwood and the USS Hue City made a port stop in Rota on their way back to the United States after a six-month deployment to the Mediterranean Sea and Middle East.

At first, some of the Middle Eastern fishermen were a little apprehensive about the group of American sailors approaching their ship. But after awhile, the fishermen warmed up to the team with the help of a Pakistani translator. In addition to giving out food and water, some packages included matches and U.S. Navy ball caps. A pamphlet in multiple languages explained how to contact them if they saw anything suspicious or knew of any possible terrorist activity. The crew added rice to the sacks after finding out that it was the staple meal for the fishermen.

Some fishermen tried to return the favor, offering the day&#8217;s catch to the team.

While the gifts didn&#8217;t immediately generate any tips on terrorists, the hope is that a better rapport with fishermen and merchant ship captains in the region will eventually turn up a treasure trove of intelligence that could thwart an attack before it happens.