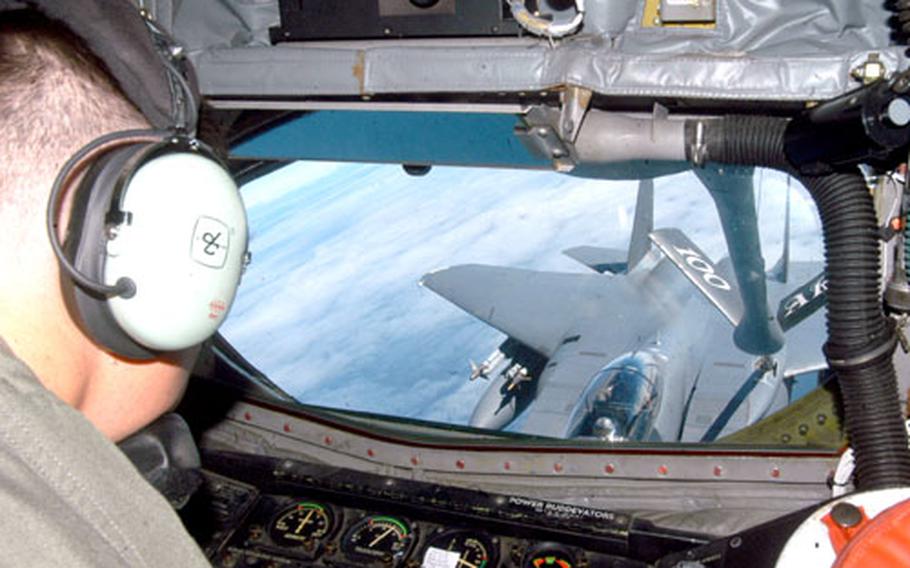 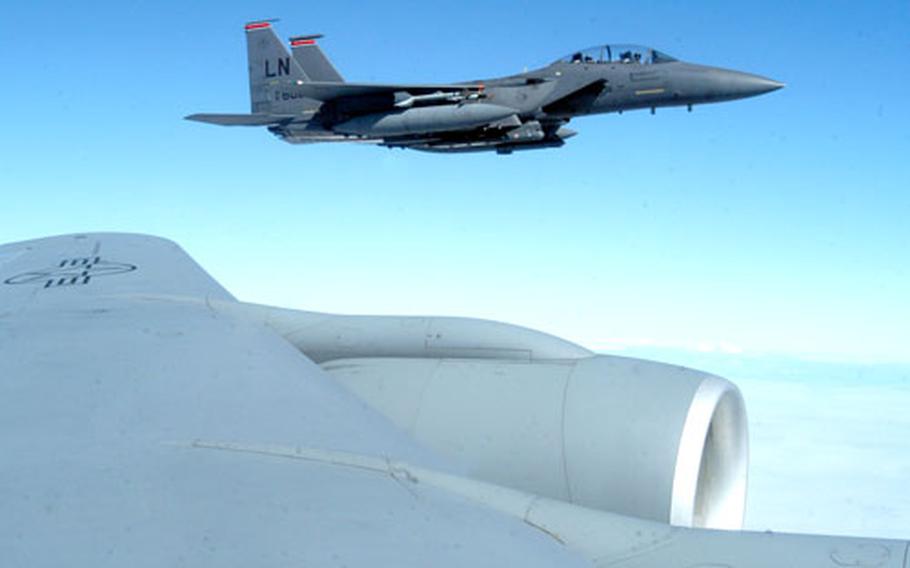 After being refueled, the RAF Lakenheath-based jet fighter hovers next to the wing of the Stratotanker. (Sean Kimmons / S&S) A KC-135R Stratotanker from the 351st Air Refueling Squadron is prepped for an air refueling mission. (Sean Kimmons / S&S) 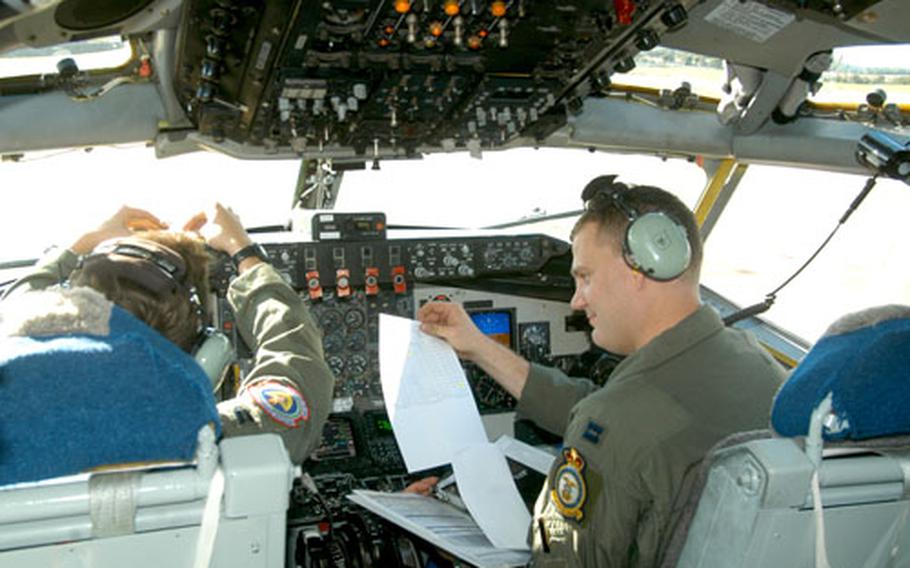 RAF MILDENHALL &#8212; Passing gas is an area of expertise that 41-year-old Master Sgt. Mike Conner has mastered for 21 years.

The 351st Air Refueling Squadron boom operator is responsible for delivering thousands of gallons of fuel from a KC-135R Stratotanker to other aircraft in midair via a 30-foot-long boom.

Last week, Conner and others celebrated the 50-year anniversary of the durable KC-135 refueling tanker, which has become a trademark for the 100th Air Refueling Wing on this base since 1992.

Each year, the tanker assists the refueling wing in offloading about 11 million gallons of fuel to receiver aircraft in support of the U.S. and NATO militaries.

One of those maintainers is Tech. Sgt. Christopher Goen, who is a KC-135 crew chief in the 100th Aircraft Maintenance Squadron. He attributes the success of the tanker to the aircraft itself.

Like Conner, Goen is a KC-135 Stratotanker old-timer. Throughout his Air Force career, Goen claims to have seen all of the tanker&#8217;s models and modifications since 1985.

Airman 1st Class Matthew Taylor is one of the newest KC-135 maintainers on the block and has learned a lot from veterans like Goen.

&#8220;It&#8217;s a lot of work. I take it all in stride and I try to do the best I can to keep the aircraft maintained and flying,&#8221; said Taylor, who has worked in the maintenance squadron for seven months.

The 22-year-old from Ann Arbor, Mich., admires the tanker&#8217;s lengthy status in the Air Force and how it still plays an important role in daily operations.

The future of the KC-135 Stratotanker is in jeopardy as the Air Force moves toward production of a newer refueling aircraft capable of transporting more personnel and cargo.

During a visit to Mildenhall in July, Secretary of the Air Force Michael W. Wynne said that the new refueling tanker would replace the aging Stratotanker fleet.

Requests for proposals for the new tanker should come out as soon as late fall, he said.

Even with a new and improved refueling aircraft roaming the skies, Goen believes that, with the right maintenance, the KC-135 Stratotanker will last another generation.

Numbers: Air Mobility Command manages 490 Stratotankers of which the Air Force Reserve and Air National Guard fly 271 of them in support of AMC&#8217;s mission.