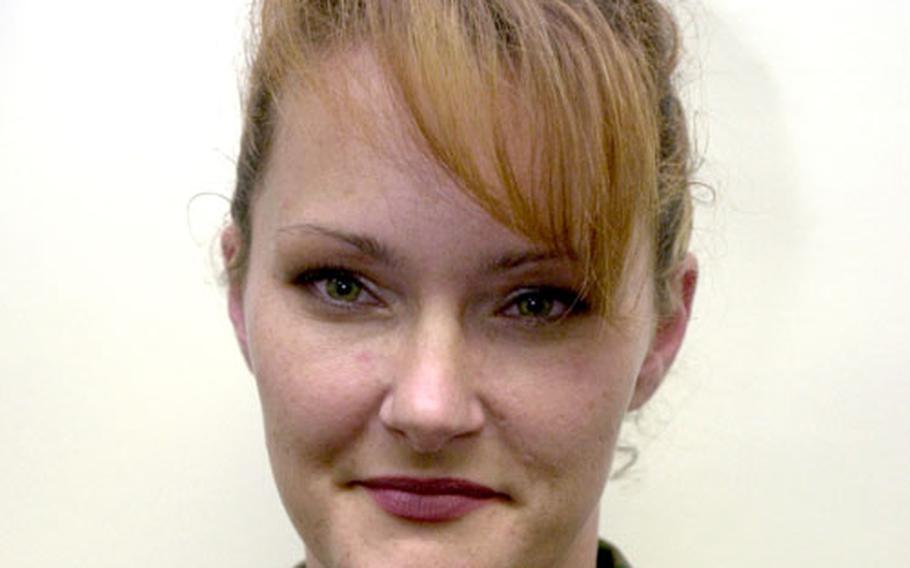 CAMP HANSEN, Okinawa &#8212; If someone had told Staff Sgt. Kristina Wilber two years ago that she would be selected as the safety officer of the year for 2005, she probably would have fallen over laughing. After all, safety wasn&#8217;t at the forefront of the mind of the Marine who was a self-described &#8220;safety nightmare.&#8221;

Even though she had never ridden a motorcycle before, she bought a dirt bike as a promotion present to herself several years ago. After only two hours of practice, she tried to take some small jumps and wound up on the ground.

Despite her unsafe past, Wilber, who is the safety officer for 7th Communication Battalion, recently was honored as the Navy League&#8217;s recipient of the Gen. James L. Jones individual safety award for 2005. She received a certificate and a check for $1,000 during the league&#8217;s Sea-Air-Space Exposition in Washington, D.C., in early April. Secretary of the Navy Donald C. Winter presented the award.

The award recognizes Wilber as the Marine Corps&#8217; individual who &#8220;best exemplified and advanced a culture of safety during the previous calendar year,&#8221; according to a Navy League news release. The release stated her efforts helped reduce the battalion&#8217;s safety-related incidents by 75 percent.

Wilber&#8217;s job in the battalion is to oversee all aspects of safety, on-duty or off. She said that covers everything from conservation of hearing to prevention of mishaps. She&#8217;s helped drop the mishap rate not by shaking her finger and telling Marines what to do and not do, but by simply getting her safety message across.

One of her more successful safety ventures is a calendar, which Wilber called her &#8220;psy-ops project.&#8221; It features historic events on corresponding days and safety messages. She said when Marines read the trivia they eventually scroll over to her messages.

The bottom line, Wilber said, is she doesn&#8217;t want the Marines in her battalion to make the same mistakes she did in the past and not think about safety.