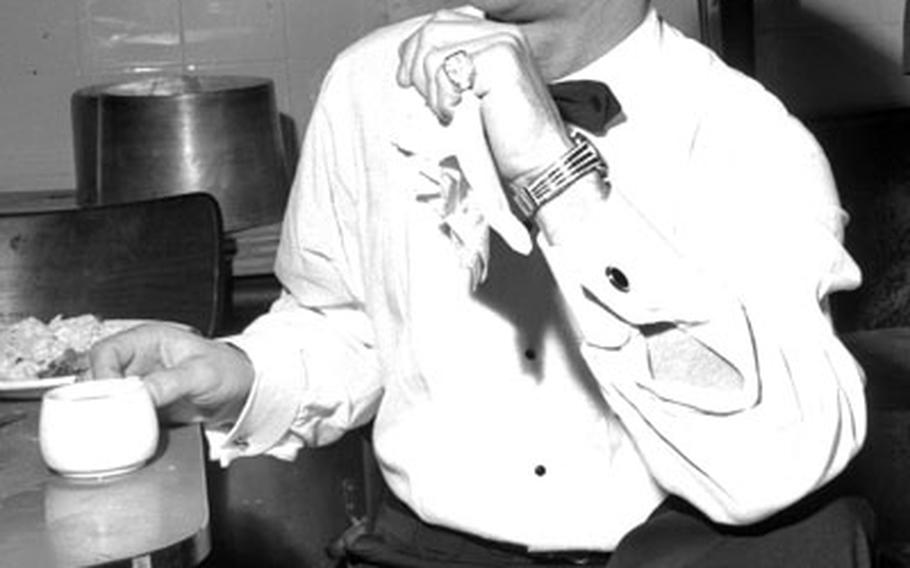 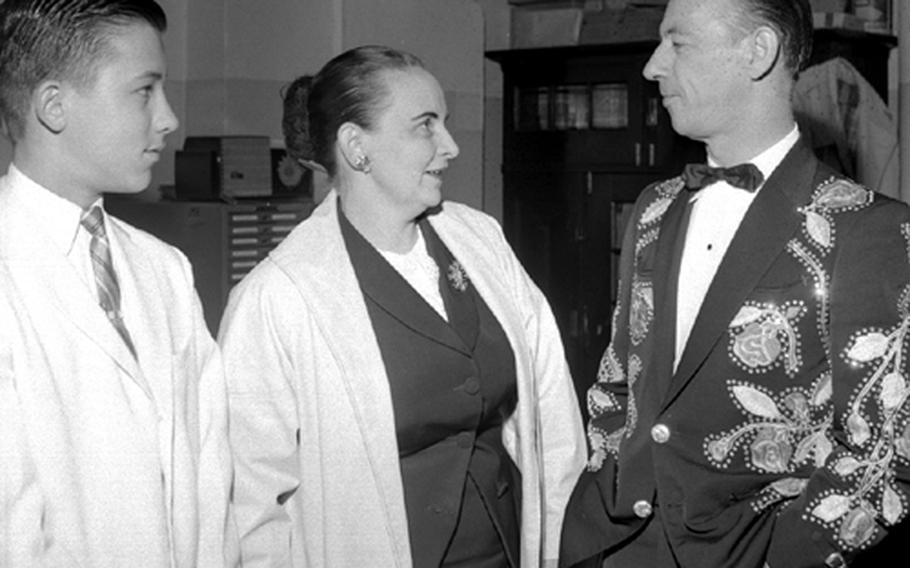 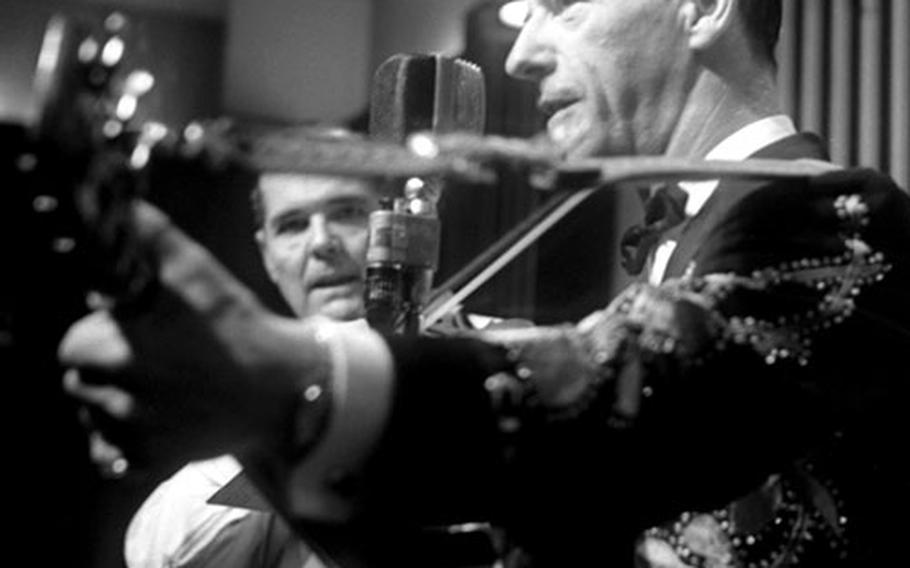 FRANKFURT — "Americans overseas are starved for Western and hillbilly entertainment."

That's the conclusion of Lloyd Nelson, manager of the European tour of Hank Snow and the "Rainbow Ranch Boys," a group that played to packed houses at every stop.

"Movin' On" Hank, master Western song stylist, again jammed local clubs as he made return appearances at NCO and airmen clubs at Rhine-Main Air Base here and Wiesbaden.

"In the three years I've been here, never have I seen such a crowd," according to Marshall Doyer, night manager of the NCO club. "People started coming in right after work and we had standing room only long before Hank was due to sing."

The big crowd at the NCO club left only a table in the kitchen for the "Ranch Boys."

"This is the first time the gang has had to eat among the pots and pans, but we don't mind, the bigger the crowd the better we like it," said guitarist Howard White.

Snow began 25 years ago as a cowboy singer on a Canadian radio show. After barnstorming the U.S. his style caught on and his recordings started to sell. The Canadian-born singer reached the top in 1950 when he became a star of "Grand Ole Opry.

Of the 125 songs he has written, "My Best Friend, My Mother," is' his favorite and the one he sings the most. Some of his other recordings are "I'm Moving On," "Rhumba Boogie," "The Gold Rush Is Over," "Tangled Mind" and "Rocking Rolling Ocean."

This is Snow's second overseas tour. In 1953 he toured the Far East circuit at Seoul, Pusan and Taegu.

"Although this show will wind up its European tour Wednesday at Chateauroux Air Base, France," Nelson said, "I intend to do everything possible to keep top Western vocalists coming over, at least one big name each month."