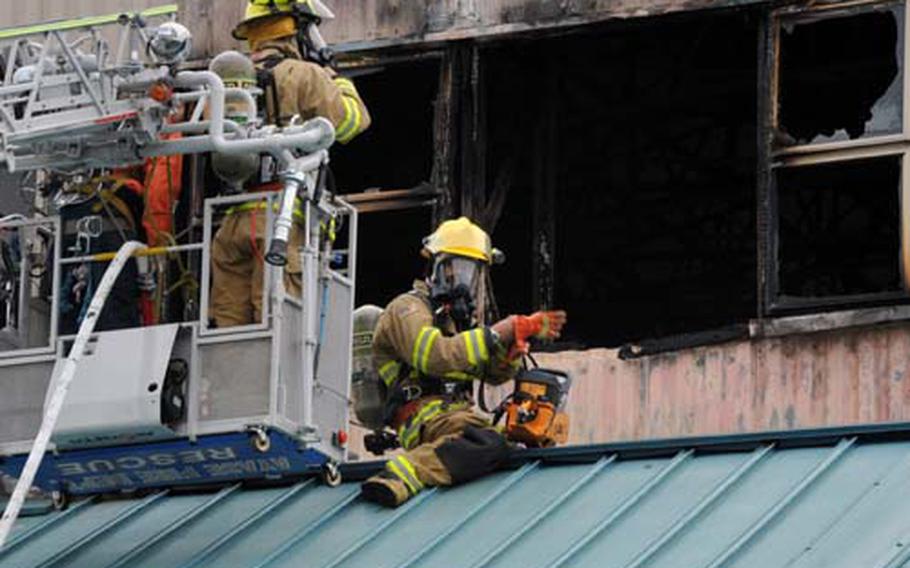 A Naval Air Facility Atsugi, Japan, firefighter prepares to cut a hole in the roof of Hangar 183 on Saturday after a fire there was suppressed. The fire was reported about 11:45 a.m., and fire departments from the air facility and Yamato and Ayase cities responded. Officials said three people were injured. (Tim McGough / S&S)

Three Obayashi Corporation workers were burned and transported to Kitazato Hospital in Sagamihara City, he said, adding that the cause of the fire is still under investigation.

Kitazato Hospital officials declined comment on the extent of their injuries.

Part of the hangar wall and an office attached to the hangar sustained damage, the Ayase official said.

The fire was largely suppressed by about 12:45 p.m., though fire control measures continued for hours afterward, officials said.

The Yamato, Ayase and base fire departments all responded to the fire, McGough said.