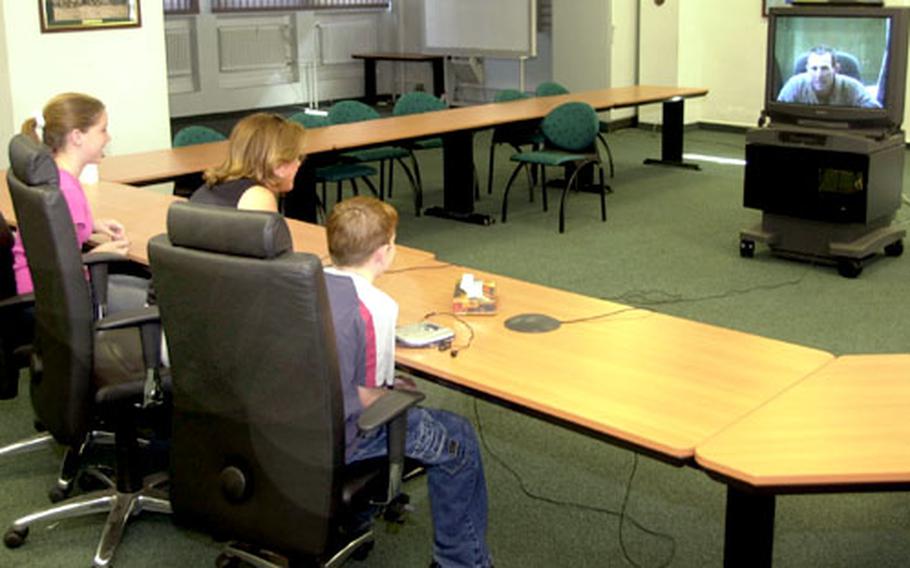 Jessica, Carolyn and Franklin Schrote talk with their father and husband, Lt. Col. Jim Schrote, on screen at right, via video teleconference to Baghdad from Hanau, Germany, on Tuesday. (Raymond T. Conway / S&S)

Jessica, Carolyn and Franklin Schrote talk with their father and husband, Lt. Col. Jim Schrote, on screen at right, via video teleconference to Baghdad from Hanau, Germany, on Tuesday. (Raymond T. Conway / S&S) 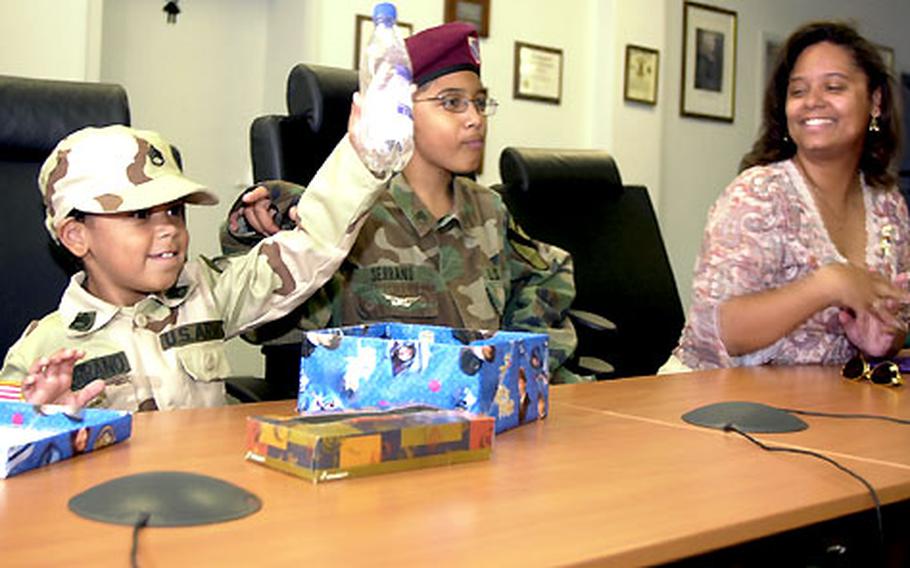 By way of video teleconferencing, Alex Serrano, left, shows his father, Staff Sgt. Eduardo Serrano, some things he&#39;s been keeping in his "treasure chest" while Dad is deployed to Baghdad, as his brother E.J. and mother, Antoinette look on. (Raymond T. Conway / S&S) 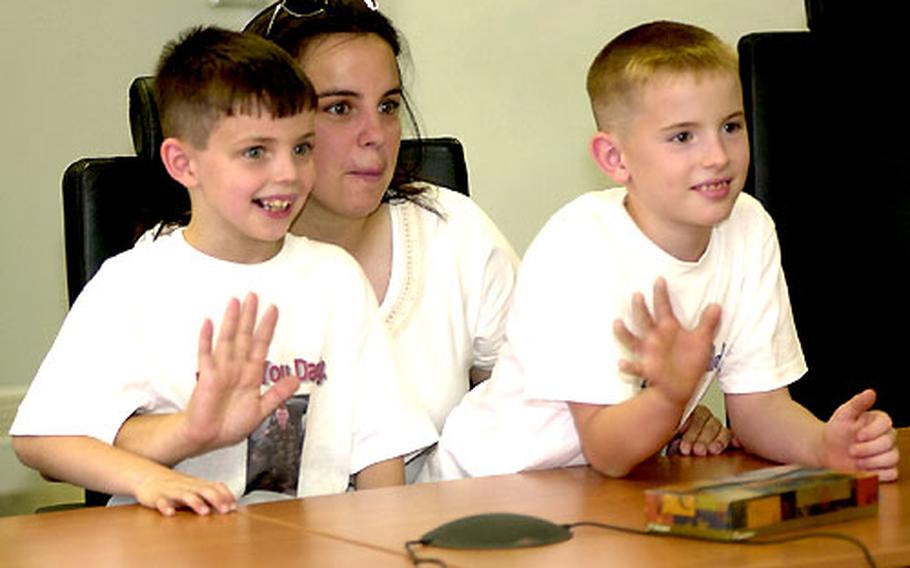 HANAU, Germany &#8212; Five minutes hardly seemed like enough time to get past the pleasantries and the awe of seeing their partner seated before them.

&#8220;I don&#8217;t know what to say,&#8221; Verena Klein said as she wiped away a tear during a video teleconferencing hookup between Hanau and Baghdad, Iraq.

Technology can be a wonderful thing, especially recent developments in the video realm that allow people at different locations to see and hear each other via a live camera. During the war, commanders used the technology to plot strategy. Now they are employing the same gizmo to give couples another way to stay connected and boost morale.

Some spouses say these video visits can be awkward, given the sometimes sterile and shaky feed. But they also said the chance to see their favorite soldier in living color is just too precious to pass up.

On Tuesday, 32 couples separated by war visited for five good minutes each at Fliegerhorst Casern in Hanau. Much of the airtime this day went to the soldiers and spouses of the 2nd Battalion, 501st Aviation Regiment.

&#8220;No mission is more important today,&#8221; Lt. Col. Jim Schrote, the unit commander, said over the video teleconference line before taking a few private minutes with his wife and two children.

Master Sgt. Mark Burson, who is coordinating the effort in Hanau, said the 4th Brigade began the program in late July, setting aside about two days a week for it. The hope is to make the video visits a regular staple of support, maybe once every couple of months.

As one couple after another took a seat in front of their respective camera, the tendency of many was to talk about little of consequence. The weather was a hot topic of discussion, as were the kids and each other&#8217;s well-being.

That bit of news creased an already smiling face.

They are so close, as one spouse put it, and yet so very far away.