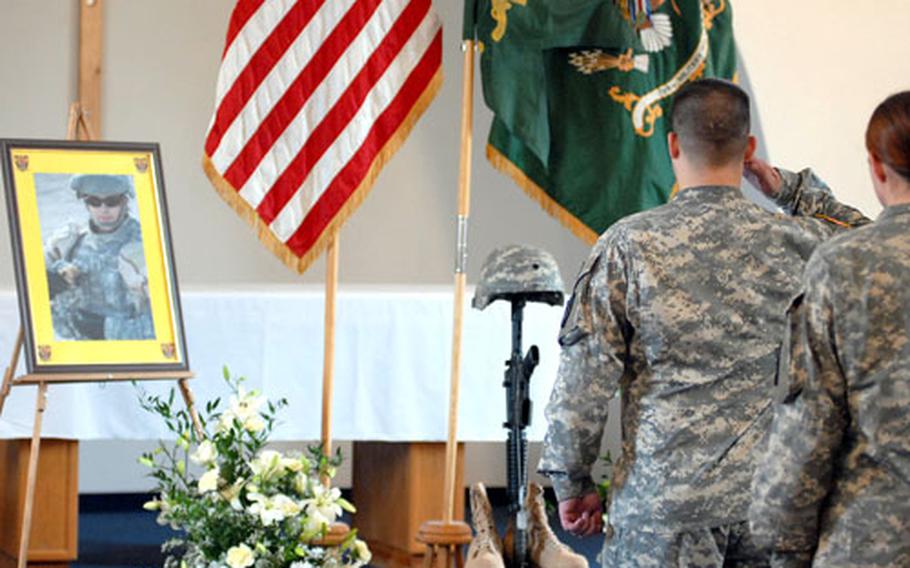 A final salute for Spc. Matthew Murchinson, who was killed in Iraq on Aug. 4. Mourners filled the Pioneer Casern chapel in Hanau, Germany, on Tuesday for the ceremony for the 127th Military Police Company, 709th MP Battalion soldier. (Michael Abrams / S&S)

A final salute for Spc. Matthew Murchinson, who was killed in Iraq on Aug. 4. Mourners filled the Pioneer Casern chapel in Hanau, Germany, on Tuesday for the ceremony for the 127th Military Police Company, 709th MP Battalion soldier. (Michael Abrams / S&S) 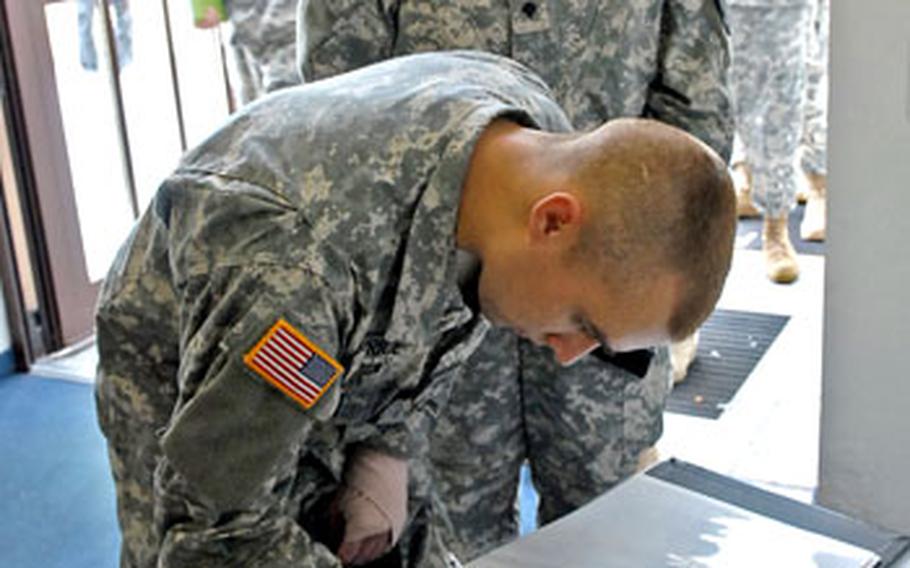 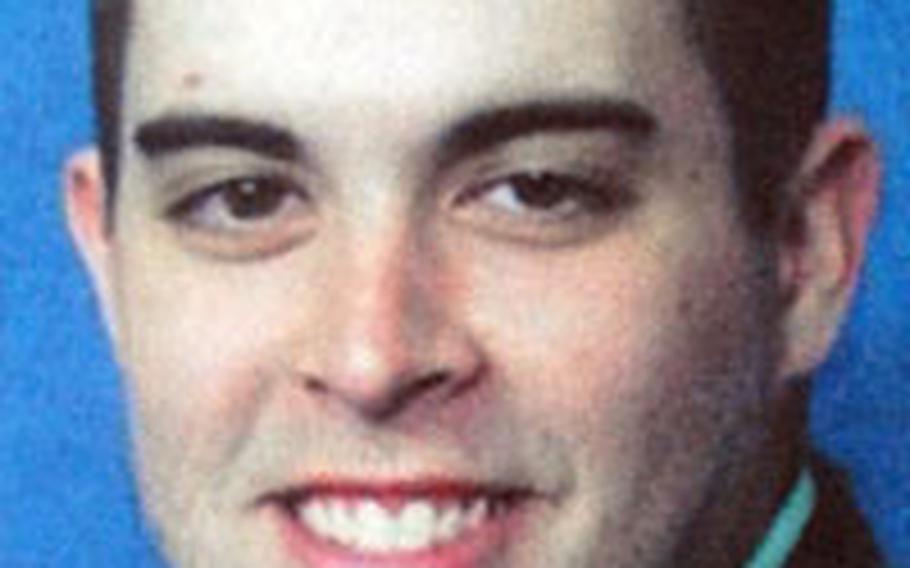 HANAU, Germany &#8212; Spc. Matthew Murchison always went out of his way to help people see the lighter side of life.

His death is serving as a reminder of the cost of war.

Murchison, a member of the 127th Military Police Company, was killed by a makeshift bomb that tore through his vehicle Aug. 4 in Baghdad. He was the third from his company, but the first 127th soldier from this community, to die in Iraq since the unit deployed there in November.

Havens took Murchison under his wing and tried to teach him everything he knew about soldiering. At the same time, Havens learned just as much about being a better friend and a better leader from Murchison, he wrote.

Murchison also showed him there are still people out there willing to give their life to save others.

Gibson, himself wounded by a roadside bomb in January, shared his own memories of Murchison, his former platoon mate, after the ceremony.

&#8220;Murchison, man, he could take the most stressful situation and turn it into a comedy,&#8221; Gibson said

Gibson compared the young soldier&#8217;s sense of humor to that of Larry the Cable Guy, a comedian and self-professed redneck. There are a few stories, Gibson said smiling, &#8220;but I don&#8217;t think you want to print them.&#8221;

He pulled back the lapel on his dress uniform and pointed to a purple ribbon, which signifies the Purple Heart, one of two awards Murchison received posthumously. &#8220;I got one of these, too.&#8221;

For families, the deployment was going pretty smoothly until a Jan. 20 attack in Karbala, said Amy Diaz, wife of 1st Lt. Nathan Diaz, who leads the company&#8217;s 3rd Platoon.

In that attack, enemy fighters impersonating Americans drove unimpeded into a compound, killed one U.S. soldier, wounded a number of others and abducted four more who were later found riddled with bullets. Her husband thinks the attackers had help from Iraqis inside the compound with the Americans.

The wives help each other cope with the uncertainty, Amy Diaz said.

After the memorial ceremony, one of the wives suggested they go out for coffee. Another joked they should probably get some doughnuts to go with it.