Hanau-based sergeant is named Army's NCO of the Year 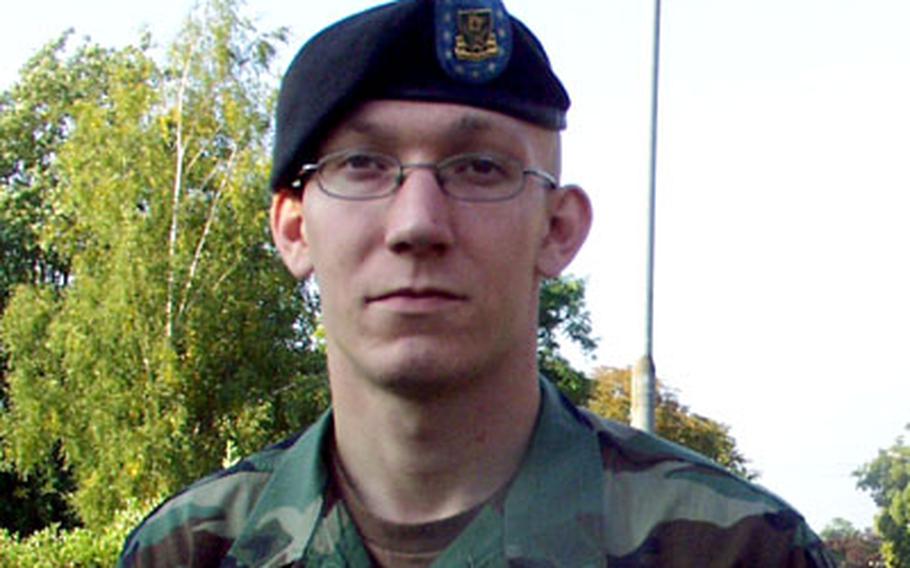 Sgt. Jeremy Kamphuis, a military police officer with the 127th MP Company in Hanau, Germany, has been named the Army NCO of the Year. (Nancy Montgomery / S&S)

Sgt. Jeremy Kamphuis used to be just a military policeman. Now he&#8217;s at the disposal of the sergeant major of the Army.

Kamphuis, of the Hanau, Germany-based 127th Military Police Company, became best of the best by outscoring nine other NCOs from the Army&#8217;s major commands at a competition at Fort Lee, Va.

Kamphuis was picked for the competition shortly after returning in April from a one-year deployment in Baghdad.

At Fort Lee, finalists were given the Army physical fitness test of push-ups, sit-ups and running, took a 50-question timed quiz, competed in M-16 shooting, appeared before a military board that grilled them on soldiering, and had to write an essay on the topic of the competitor&#8217;s choice.

Kamphuis said he sacrificed personal time and put in the extra work of training his body and studying Army regulations. But the contests, he said, included some surprises.

In Baghdad, Kamphuis was stationed at Forward Operating Base Falcon. His unit was hit by roadside bombs and was involved in firefights, but Kamphuis wasn&#8217;t deterred, according to Master Sgt. Ramon Domenech.

Domenech said Kamphuis is smart and mature for a young man and does a good job managing his soldiers.