Ham takes over command at AFRICOM 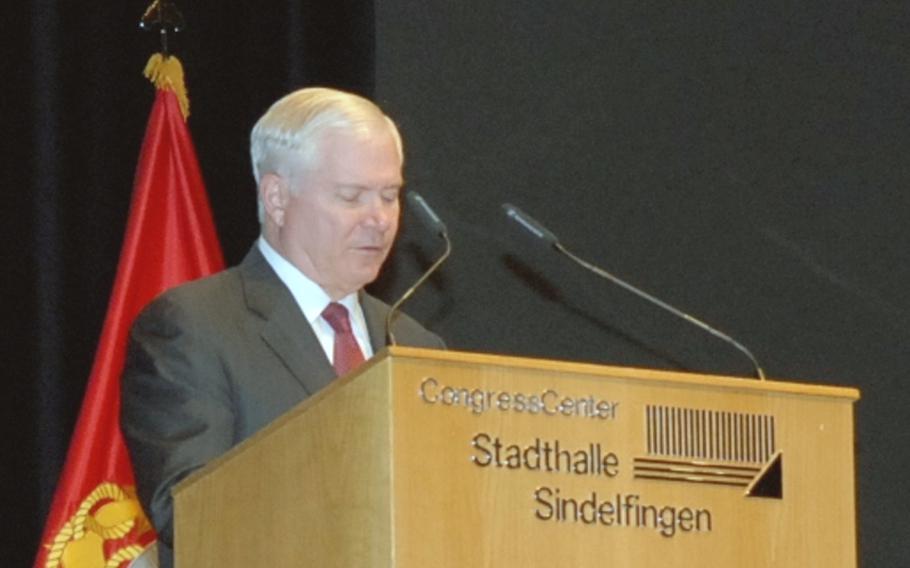 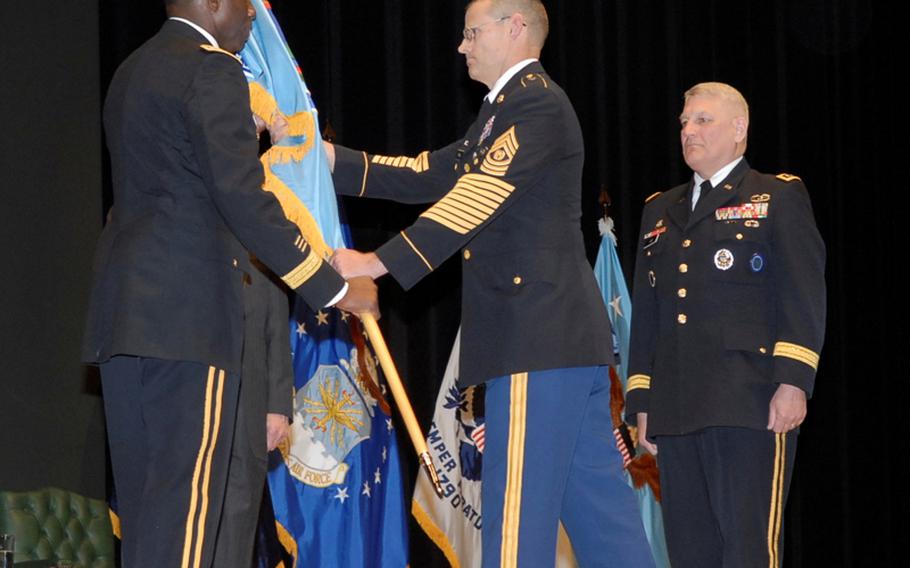 Buy Photo
Gen. William "Kip" Ward (left) takes hold of the flag for the symbolic passing of command authority to Gen. Carter F. Ham (right). The passing of the flag represents the transition of power from one commander to another. Ham served as commander of U.S. Army Europe before taking over at AFRICOM. (John Vandiver/Stars and Stripes) 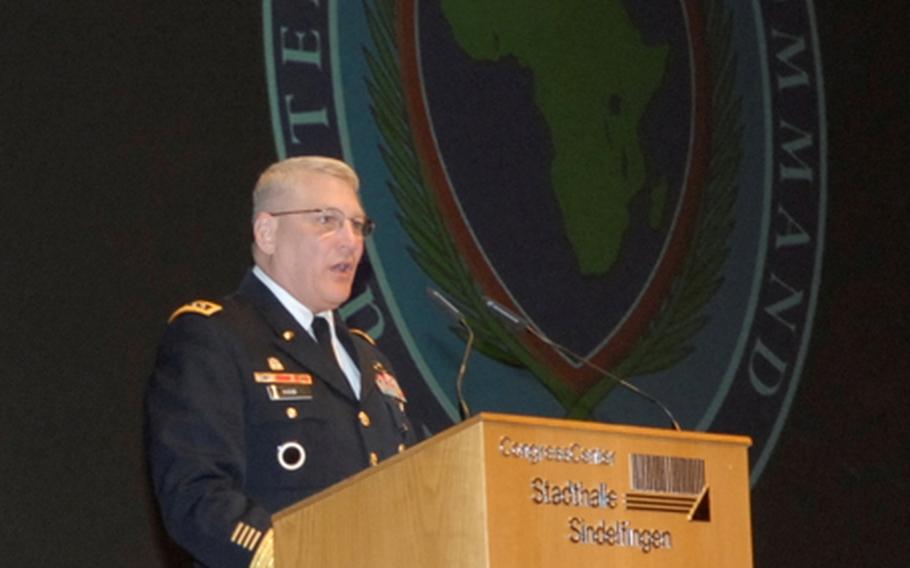 Buy Photo
Gen. Carter F. Ham takes over U.S. Africa Command at a time when there are numerous security challenges in Africa. If the Obama administration decides to take military action in Libya, the scene of ongoing violence that threatens to descend into full-blown civil war, AFRICOM would be the command in charge. (John Vandiver/Stars and Stripes)

STUTTGART, Germany &mdash; Gen. Carter F. Ham took over leadership Wednesday of U.S Africa Command, at a time when civil revolts and political instability rattle the continent for which he will oversee U.S. military engagements.

Ham, who commanded U.S. Army Europe in nearby Heidelberg, replaced Gen. William &ldquo;Kip&rdquo; Ward, who has led AFRICOM since its inception in 2007.

&ldquo;I know we will face many challenges,&rdquo; Ham said during the ceremony, which was presided over by Defense Secretary Robert Gates, who flew in after his two-day visit to Afghanistan. &ldquo;Some of them we see very clearly today, while others will merge in unexpected ways and unexpected places. I remain wholly confident the AFRICOM team will meet each and every one of those challenges.&rdquo;

Ham must deal with political turmoil across the northern part of Africa, including Algeria and Tunisia, where U.S. Africa Command maintains long-standing direct military relations. If the international community decides to take action in Libya and enforce a no-fly zone, AFRICOM would likely be a key player in the planning and execution of the mission.

Meanwhile, trouble persists in the east around the Horn of Africa, most notably in Somalia, where al-Qaida linked Islamic insurgents and pirates offshore operate with impunity. In central Africa, menaces such as the Lord&rsquo;s Resistance Army &mdash; a rebel group known for abducting child soldiers &mdash; continue to be a destabilizing force.

&ldquo;There might be a few things on the plate right now,&rdquo; Marine Gen. James Cartwright, vice chairman of the Joint Chiefs of Staff, joked during the ceremony.

Ham will need to balance competing security interests while reassuring many in Africa that the U.S. does not seek to militarize foreign policy on the continent &mdash; an accusation that has hounded AFRICOM since its inception four years ago.

&ldquo;Some feared the command represented the first steps to a major U.S. military presence in Africa,&rdquo; Gates said. &ldquo;As I said then and still believe, crime, terrorism, natural disasters, economic turmoil, ethnic fissures and disease can be just as destabilizing as traditional military threats. We need to fuse old concepts of security with new concepts of how security, stability and development go hand in hand.&rdquo;

During much of his tenure as AFRICOM chief, Ward went to great lengths to explain his vision for AFRICOM to leery audiences across the African continent. During his frequent trips, Ward repeatedly made two points: AFRICOM will not set up military bases, and the command does not seek to dominate the countries with whom it works.

While there are still critics, Ward has said he believes that some of the early skepticism has faded.

On Thursday, Ward pointed to the current unrest in Libya as a justification for the work AFRICOM does.

&ldquo;Where we&rsquo;ve had those sustained relationships, we see the military behaving in a way that contributes to the stability of a society as opposed to not,&rdquo; said Ward, referring to nations such as Tunisia, which didn&rsquo;t use a heavy hand during the recent political uprising. &ldquo;And where that has not been the case, militaries are contributing to that additional instability.

&ldquo;To say it is not important for us to be engaged in a sustained way over time, look around,&rdquo; he said.