Halstead: A woman among generals 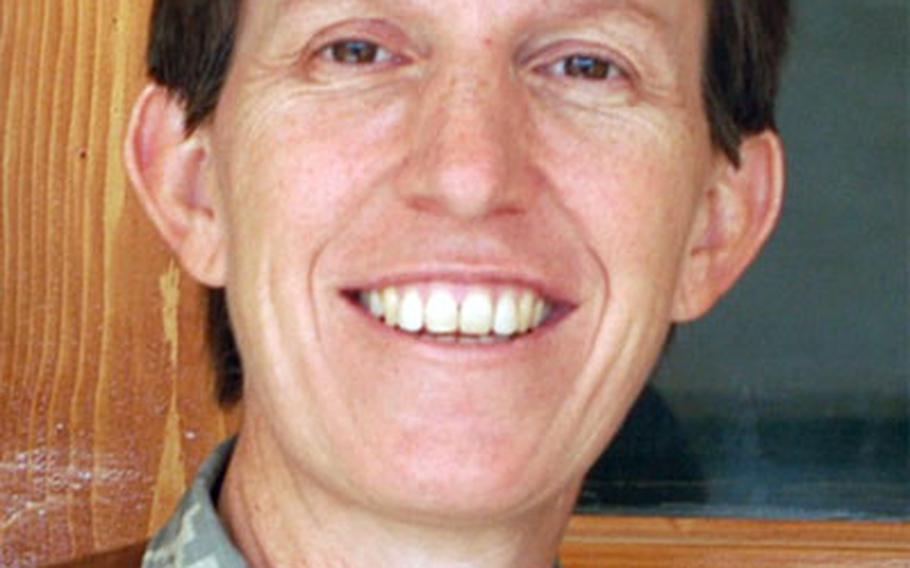 The day Becky Halstead got her star, numerous upstate New Yorkers unaccustomed to foreign travel stood on German soil and listened to the band play for their local superstar.

In 2004, more than 20 years after graduating from West Point, she joined the very select group of women who have become general officers in the U.S. military. Halstead, commander of the 3rd Corps Support Command, is one of 14 female generals in the Army, one of nine brigadier generals and the only female general in Iraq.

Halstead, 48, is a folksy, candid woman who loves God, her parents, her cat Buddy, other people&#8217;s children and the troops who work for her. She applied to West Point after her mother pointed out that as an excellent student and athlete, she was just what they were looking for.

Halstead prospered there, even though it was only the second year women were admitted &#8212; only about half of them graduated &#8212; and some men complained, &#8220;I knew West Point when men were men and giants roamed the plains.&#8221;

She decided it was just an oversight. She chastised herself for having let her ego get out of check and feeling so proud. And she took it as a lesson on how to conduct herself.

Halstead&#8217;s position requires her to decide how supplies of nearly everything needed by the U.S. Army in Iraq moves, when it moves and at how much risk.

Politics at the border, weather and violence all play a role. Before the elections, Halstead ordered that supplies be sent out and stockpiled so that if things on election day turned ugly, her trucks wouldn&#8217;t be on the road.

She attributes her success to discipline and a good attitude.