Hail to the chief petty officers 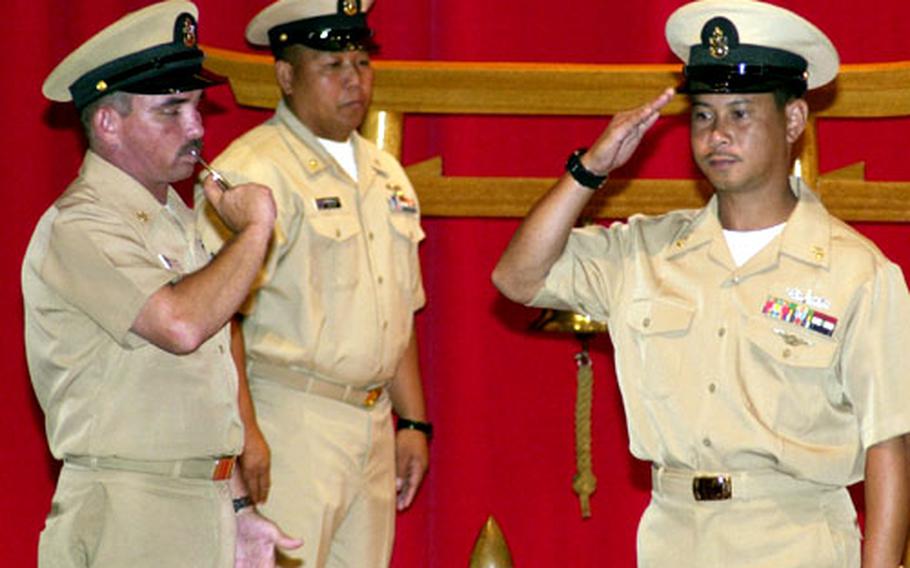 Chief Petty officer Leomarco Palaganas is "piped aboard" as a Chief Petty Officer at Yokosuka Naval Base. (Jim Schulz / S&S)

Chief Petty officer Leomarco Palaganas is "piped aboard" as a Chief Petty Officer at Yokosuka Naval Base. (Jim Schulz / S&S) 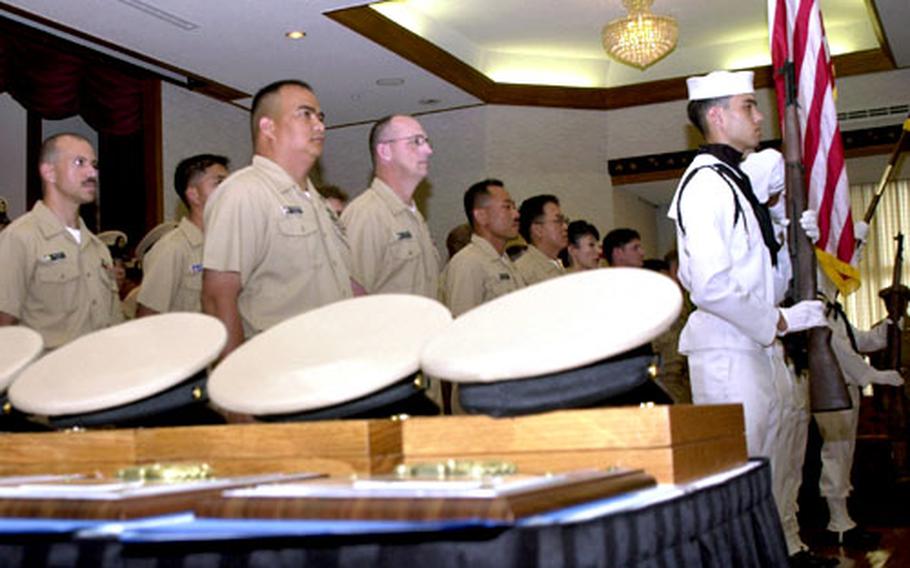 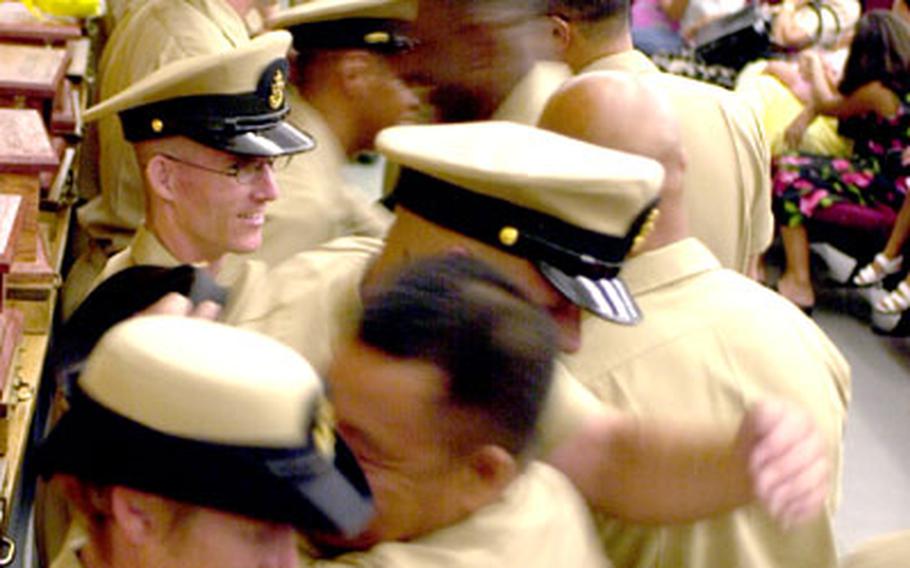 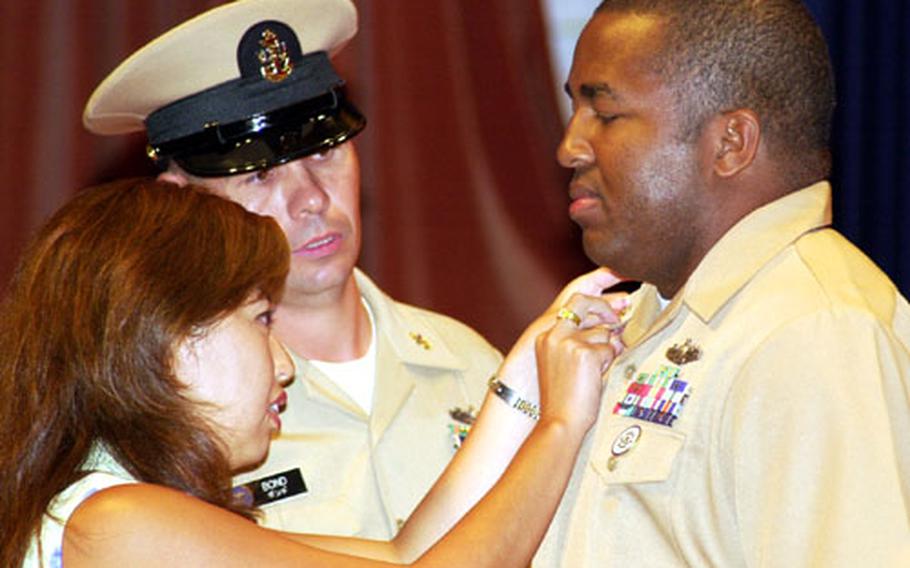 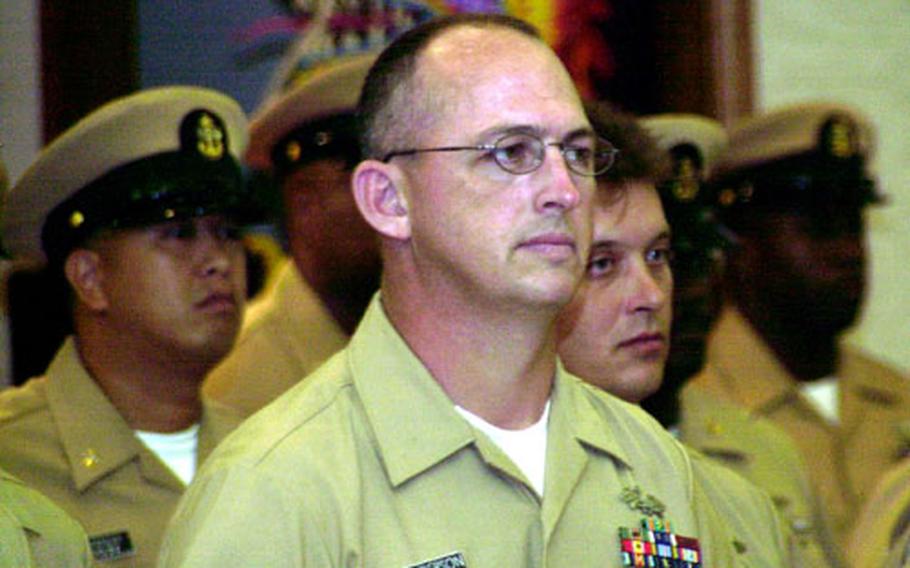 Like the 34 other newly pinned chiefs at Yokosuka, Wende swore to uphold the virtues of his new position.

No other service places as high a regard on the rank of E-7 as the U.S. Navy, where chief petty officers wear different uniforms than other enlisted servicemembers and are afforded greater respect and responsibility.

Across the world Tuesday, more than 4,000 petty officers selected by a special board from a pool of more than 17,000 candidates were pinned as chiefs, according to Navy reports.

On Okinawa, 24 sailors pinned on the new rank, while 15 others surfaced as chief petty officers at Sasebo Naval Base, Japan.

They no longer wear the typical uniforms of enlisted personnel, but the same khaki uniforms as officers, and take their meals in a separate chiefs&#8217; mess.

At Sasebo, Wilfred Tayco, a storekeeper for the Fleet and Industrial Supply Center, was among those bumped to E-7 during Tuesday&#8217;s ceremony at the Harbor View Club on the main base facility.

The frocking ceremonies mark the end of six weeks of chief&#8217;s initiation, a secretive period of intense physical and leadership training.

The initiation was no less daunting for Chief Petty Officer Carmen Viduya, the only female among those promoted at Sasebo and Yokosuka.

The initiation&#8217;s mental tasks didn&#8217;t faze her that much, she added, but the physical demands were a bit challenging.