Hagel: US forces to stay in Poland until end of 2014 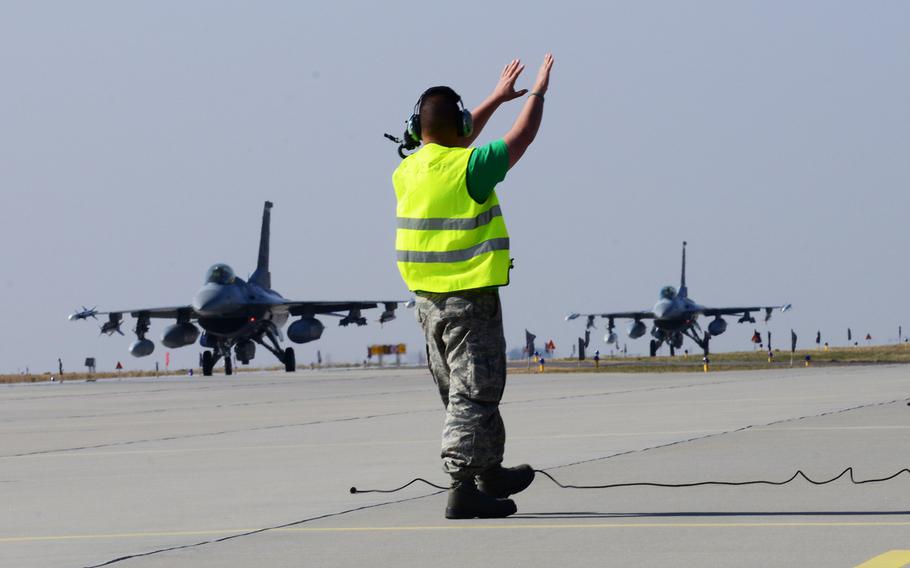 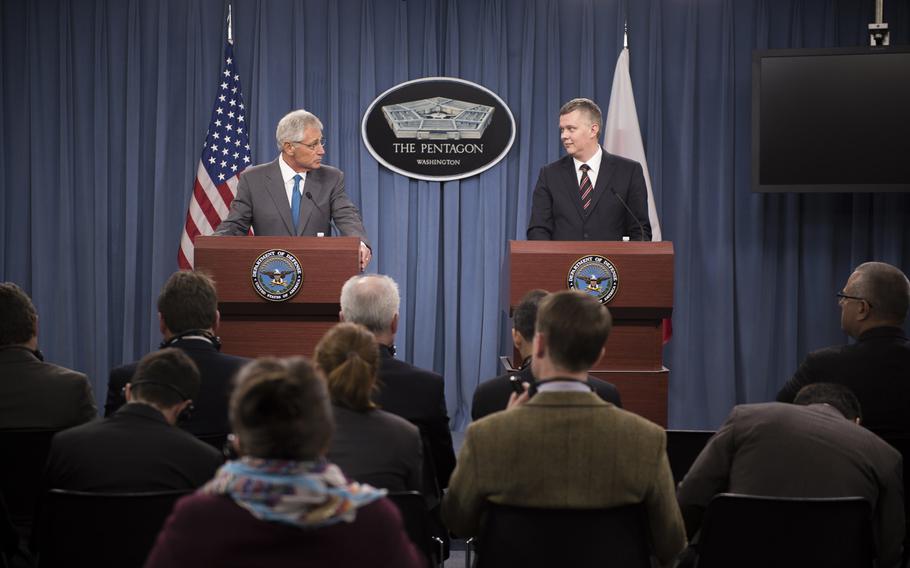 The U.S. Air Force will maintain an enhanced presence in Poland for the remainder of the year as part of an effort to reassure allies in the region alarmed by Russian aggression in neighboring Ukraine, Defense Secretary Chuck Hagel said Thursday.

Hagel also urged allies to contribute to the U.S. air detachment mission in Poland, where U.S. F-16s and about 200 troops have maintained a steady presence since the start of the crisis in Ukraine.

“We’re committed to maintaining that augmented presence to the end of the year,” said Hagel during a joint news conference at the Pentagon with Polish Defense Minister Tomasz Siemoniak.

The U.S. and Poland also will cooperate more in other areas with an emphasis on rotational missions and exercises, Hagel said. Other measures in the works include closer collaboration between U.S. and Polish special operations forces, additional Air Force training initiatives and pressing on with the current air detachment program and missile defense efforts.

“We should take advantage of the opportunity to work more closely,” Hagel said.

Since Russia’s annexation of Ukraine’s Crimea peninsula, allies in eastern Europe, long wary of Russian intentions in the region, have watched events unfold with growing unease.

To reassure Poland and other allies in the east, the U.S. quickly bolstered its presence in the region, including adding rotations of F-16s in Poland for training missions and bolstering air policing over the Baltics. NATO surveillance aircraft also has been deployed to Poland and Romania to monitor events in Ukraine. The USS Donald Cook has been deployed to the Black Sea.

Moscow has repeatedly assured the U.S. and NATO that it has no intention of invading eastern Ukraine. However, on Thursday, President Valdimir Putin said he had the authority to use force, but hoped that would not be necessary.

On Wednesday, NATO took additional measures aimed at reassuring allies, focused mainly on an intensification of steps already underway: Ramping up of NATO’s air policing mission over the Baltics and the deployment of more allied ships into the Baltic Sea and eastern Mediterranean. More training missions and exercises also are in the works.

Canada on Thursday also announced that it would send six fighters to Poland to assist in air defense missions in the region.

The next step will be for allies to make troop contributions for the new effort in the east and generate a deployment schedule.

Hagel did not offer specific details about how the U.S. will contribute to those efforts, noting that plans were still being crafted.

Meanwhile, the U.S. also will supply Ukraine military and border control units with a range of supplies such as medical equipment, helmets, and water purification systems, Hagel said.

In light of Russian aggression in Ukraine, Poland has no choice but to invest more in defense and forge closer ties with the U.S., Siemoniak said.

“Things must not be taken for granted,” he said. “We want to watch our interest and we are making a significant effort to modernize our forces. There is no other way for us to guarantee our own security.”

When asked if he was concerned Russia could aim to strike out against others in the region, Hagel did not rule out such a move.

“We have to look, based on past actions, at every possibility,” Hagel said.