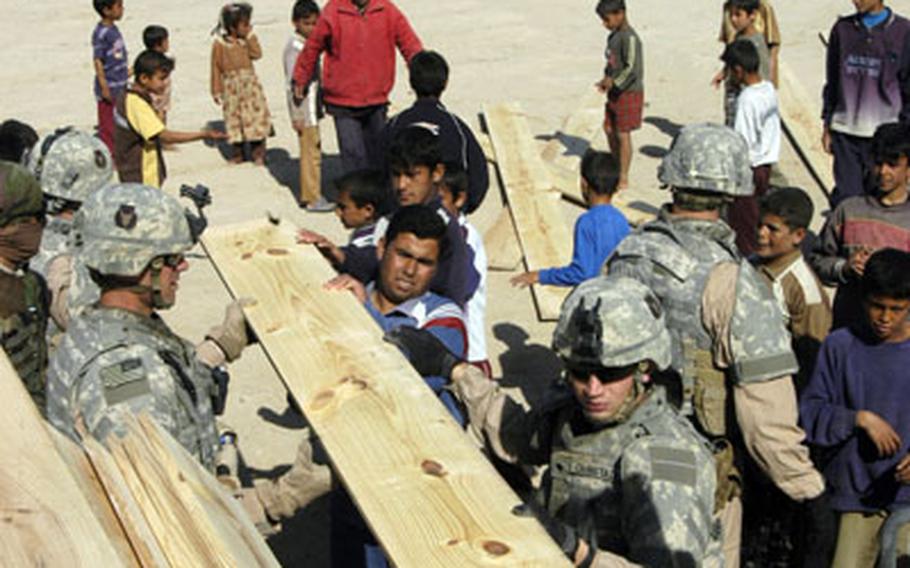 Soldiers of the 2nd Combined Arms Battalion, 136th Infantry Regiment of the Minnesota National Guard unload lumber in the village of al Angur. Some families will use the wood to burn for heat and cooking, while others will use it for construction projects. (Sandra Jontz / S&S)

Soldiers of the 2nd Combined Arms Battalion, 136th Infantry Regiment of the Minnesota National Guard unload lumber in the village of al Angur. Some families will use the wood to burn for heat and cooking, while others will use it for construction projects. (Sandra Jontz / S&S) 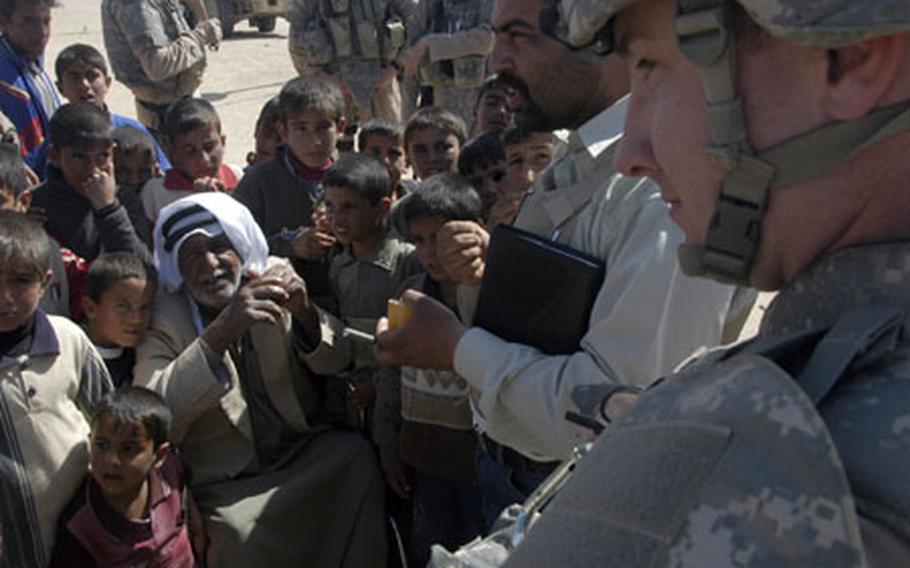 As Maj. Brian Melton, executive officer of 2nd Combined Arms Battalion, 136th Infantry Regiment of the Minnesota National Guard, listens via a translator, an elderly man tells the mayor of Habbaniyah that villagers won’t stop their work as fishermen to help the U.S. military improve their village. (Sandra Jontz / S&S) 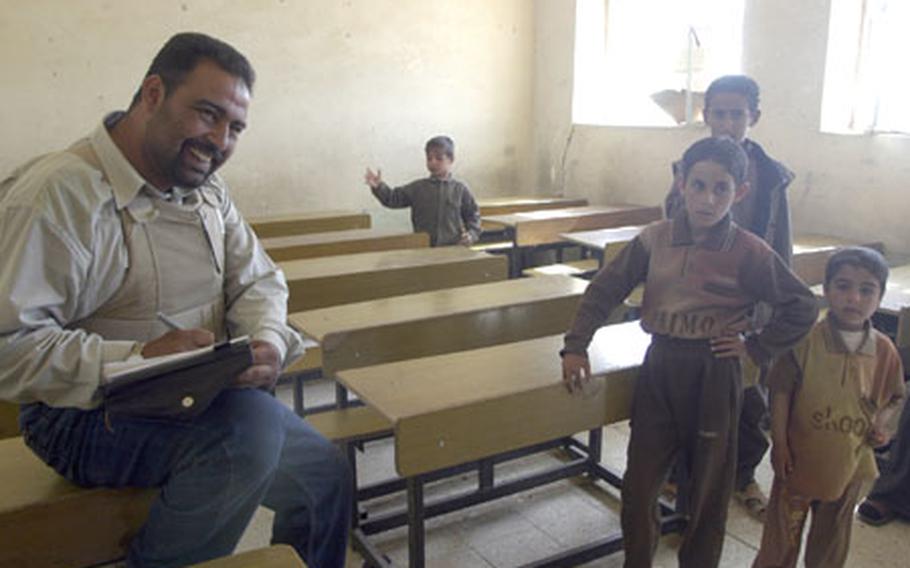 The mayor of Habbaniyah, Hussein Ali Hussein, takes notes during a visit Monday to an elementary school in the western Iraqi village of al Angur. The school has 400 pupils with only six classrooms. Children told Hussein they often sit four or five to each of the wooden bench desks. (Sandra Jontz / S&S)

ANGUR, Iraq &#8212; In an effort to win over non-converts, Hussein Ali Hussein, the mayor of Habbaniyah, donned a flak vest, jumped into an American Humvee and hit rural towns with the same message: &#8220;Help me help you.&#8221;

Hussein repeated the plea Monday in decrepit towns in his district in western Iraq plagued by little or no electricity, no drinkable water, few schools, and unsuitable sewage systems.

No such luck, the elderly man replied.

The residents of Angur will not give up time spent fishing massive Lake Habbaniyah to help the U.S. military dredge the canals, erect water treatment plants or build new schools.

&#8220;They will not leave to work on the projects. They will not stop doing their job to help the Americans,&#8221; the old man said through a translator.

The man acknowledged the town has needs, including water, power and a medical clinic.

His last four words frustrated and boggled the minds of Hussein and U.S. soldiers, who have worked to help provide services, one town at a time, in this austere part of Iraq, miles and miles of sand spanning from the banks of the immense lake.

About 90 percent of the 91,000 people in his district welcome U.S. military aid and are willing to work with Americans on projects, Hussein said.

Some fear retaliation. Others simply aren&#8217;t inclined to help.

The Angur elementary school teaches upwards of 400 pupils in six classrooms. The 12 teachers cram them in as best they can, often four or five to a small wooden bench desk, according to several children who flocked around the 2-136 soldiers, the mayor, and a town sheik during Monday&#8217;s visit.

Most will study up to only the sixth grade. There is no middle or high school, the nearest one more than 15 miles away.

And if the lack of transportation doesn&#8217;t deter parents from sending their children, the $4-a-day tax to attend a school out of their district keeps the children in Angur.