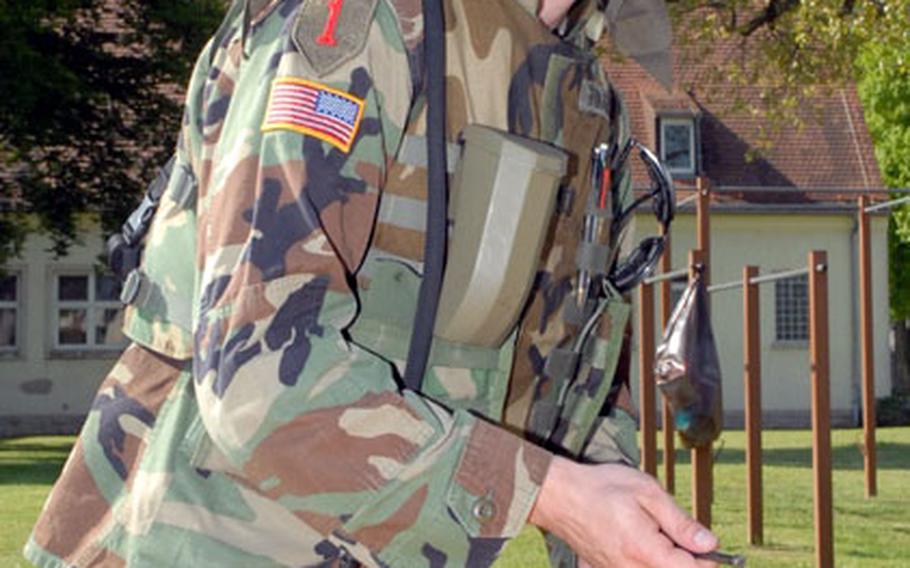 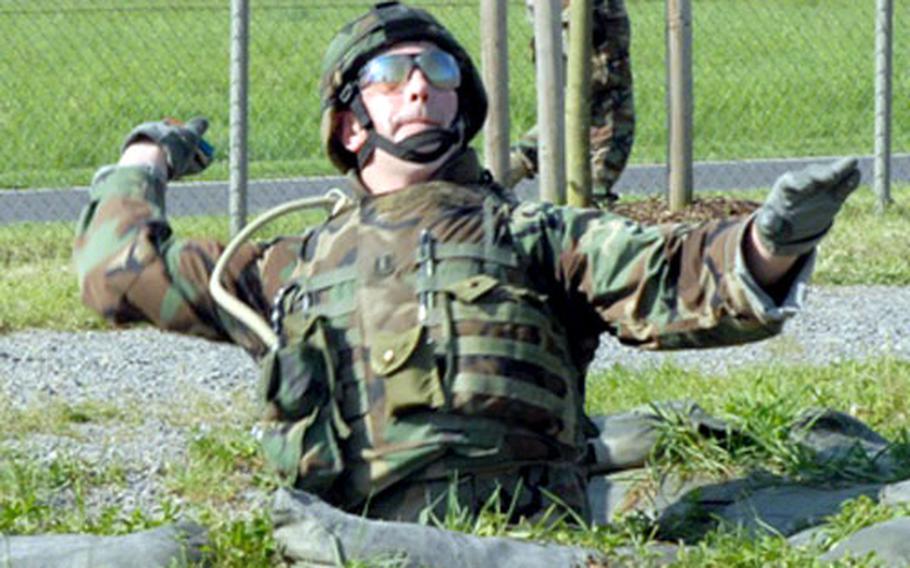 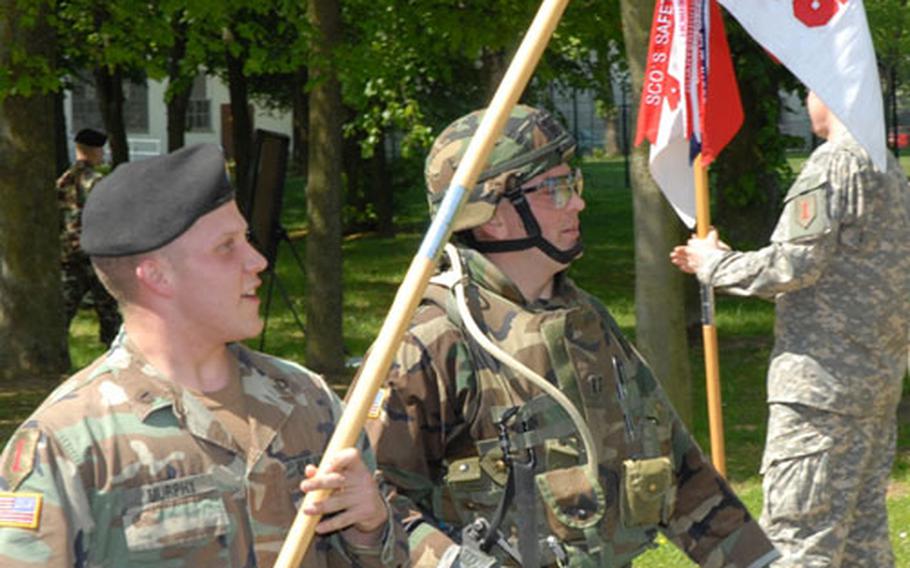 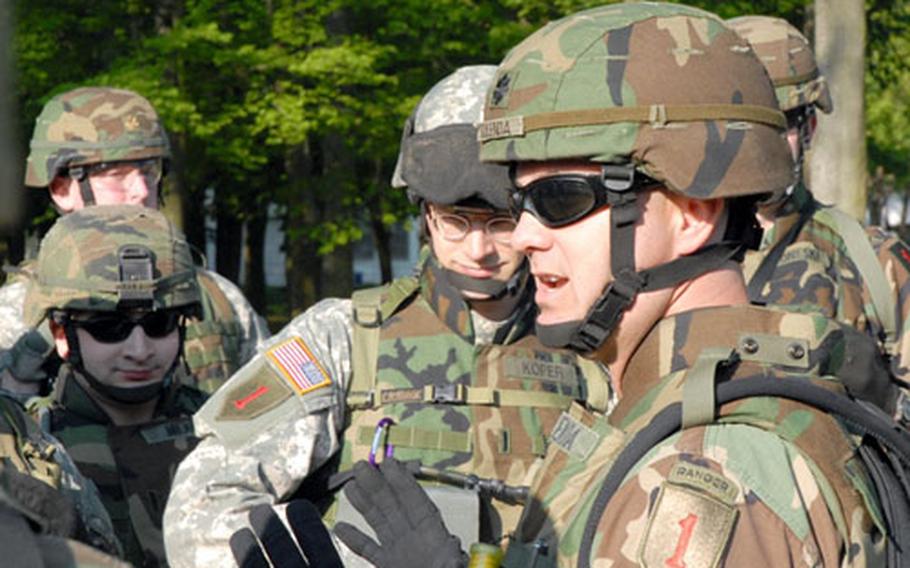 But the most daunting task they may have faced was not losing to the squadron commander.

The challenge, which took place at Conn Barracks, takes its theme from the last line in a Rudyard Kipling poem of the same name, &#8220;You&#8217;re a better man than I am, Gunga Din.&#8221; The man in this case is Kolenda.

In order to complete the challenge, the Quarterhorse officers had to prove their field craft knowledge in four events: calling for fire; rifle and pistol marksmanship; disassembly and reassembly of a rifle and pistol while blindfolded; and a hand grenade assault course.

Between each event, the soldiers had to run a three-mile loop around Conn Barracks in full battle gear. Penalties were assessed for inaccuracy with the guns and grenades. For each miss, a 200-meter run penalty was added. As for assembling weapons blindfolded and calling for fire? Participants sat there until they got it right, losing the chance to be a better man than Kolenda minute by minute.

Since the squadron had its basic mission fundamentally changed recently, moving from a heavy-armored cavalry unit to a lighter, more streamlined force, the unit members have had to reshape their attitudes on how to fight, making dismounted infantry tasks more critical to their mission, Platt said.

No other competitor was anywhere in sight. A former Army Special Forces medic, Bigham said he relished the chance to get out of his office and get some fresh air.

All the winners were given the Capt. Andrew R. Houghton Memorial Award, named for the fallen leader of Quarterhorse&#8217;s Anvil Troop, who was killed in Iraq in July 2004.

In the end, only four officers could brag that they beat the 40-year-old man.