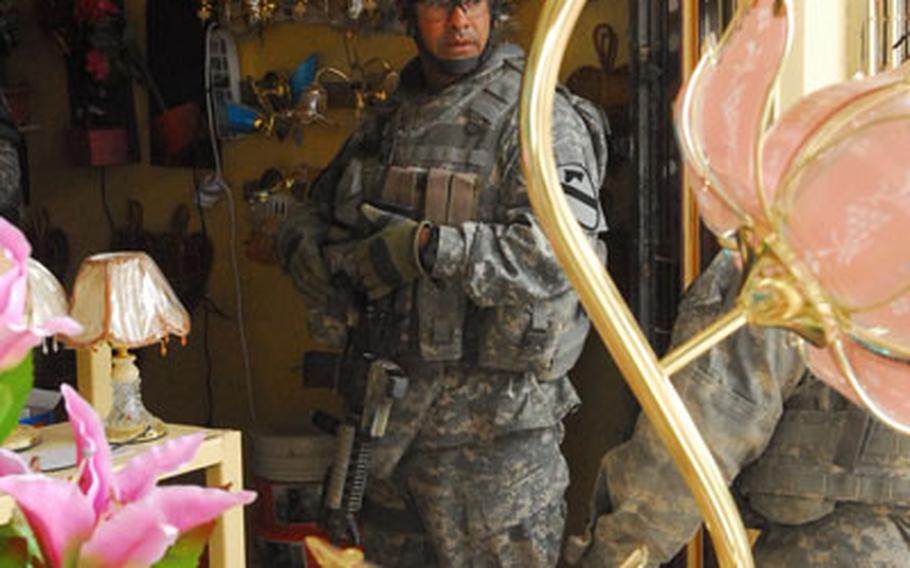 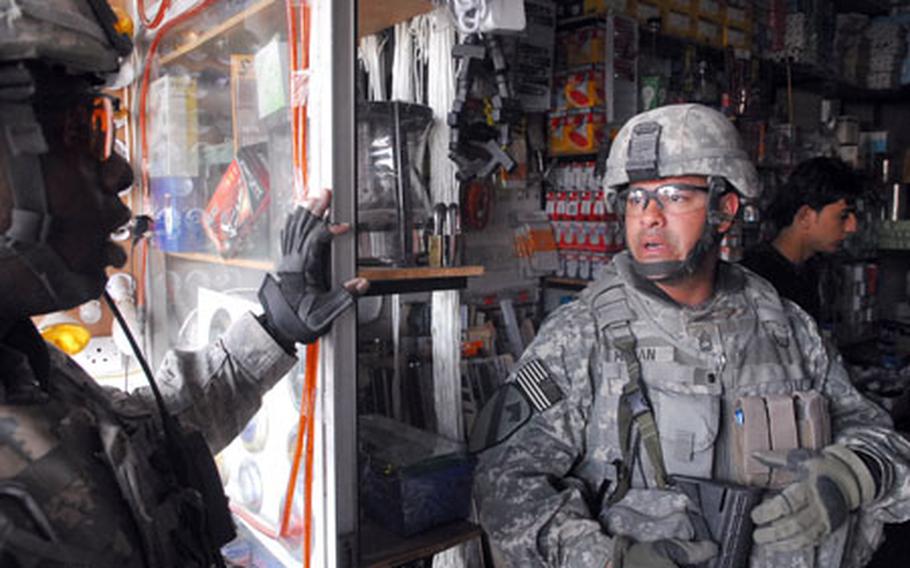 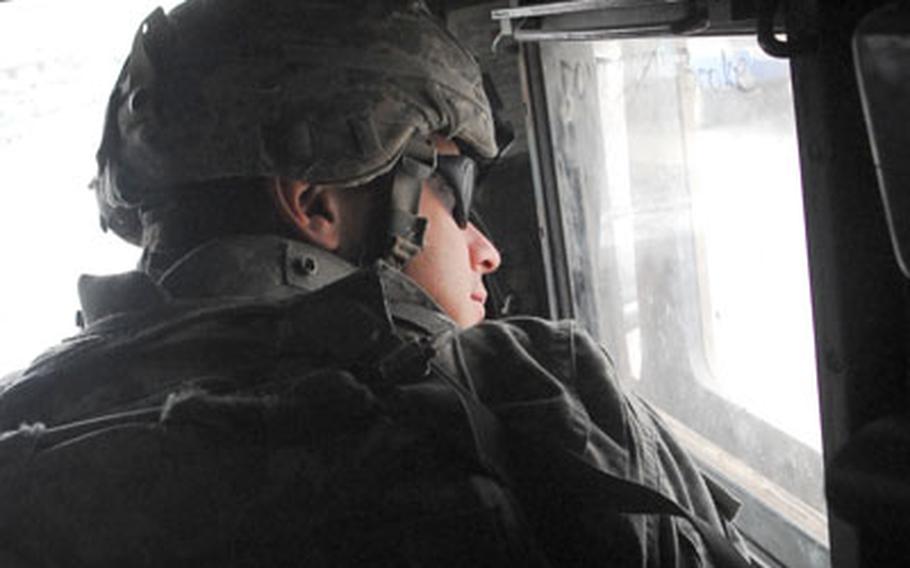 Staff Sgt. Daniel Newsome, 27, of Springfield, Mass., searches for a drive-by shooter from the vehicle commander&#39;s seat of a Humvee in east Baghdad on Wednesday. (Monte Morin / S&S)

BAGHDAD -- It was a Baghdad-style shopping spree for sure.

Acting 1st Sgt. Jose Moran had some bucks to burn on improvements for Alpha Company&#8217;s &#8220;Commando Bar,&#8221; a dark, Saddam-era bunker that troops from the 1st Battalion, 8th Cavalry Regiment converted into a combat outpost for the new Baghdad security plan.

The underground labyrinth occupies a tattered corner of New Baghdad and its chambers have never seen the light of day. The bunker is so dark that soldiers who emerge from its tunnels are quickly blinded by the sun, while those who enter the complex find themselves stumbling in the gloom.

The convoy motored toward the well-to-do neighborhood of Baladiat, and Moran began pricing coils of extension cord at several curbside hardware stores. The 39-year-old San Juan, Puerto Rico, native had just settled on a price for two, 100-foot coils of cord when things suddenly got interesting.

The Iraqi shopkeeper was just about to ring up the purchase when a gun blast echoed over the pavement. A nearby window pane burst into the pattern of a spider&#8217;s web.

The convoy set off in search of the gunman.

But after zigging and zagging through the neighborhood and doubling back on the hardware shop several times, it appeared the gunman&#8217;s trail had grown cold.

The soldiers went back to shopping.

Moran directed the convoy into an open air market wedged between a mosque and a traffic police bureau. &#8220;This is a JAM market,&#8221; Moran said, referring to the Jaish Al Mahdi &#8212; or Mahdi Army militia. Commando company soldiers had visited the market on previous occasions looking for weapons and terror suspects. This time, shop owners eyed the soldiers warily as Moran priced extension cords.

After exiting the market, someone thought they spotted the gunman&#8217;s taxi parked next to a fire station. Soldiers swooped in on the vehicle, searching it and the fire station &#8212; a known Mahdi Army hangout.

Neither a gun nor a gunman was found.

By this time, Moran had decided to bring the shopping expedition to an end. The light bulbs and extension cords would have to wait.