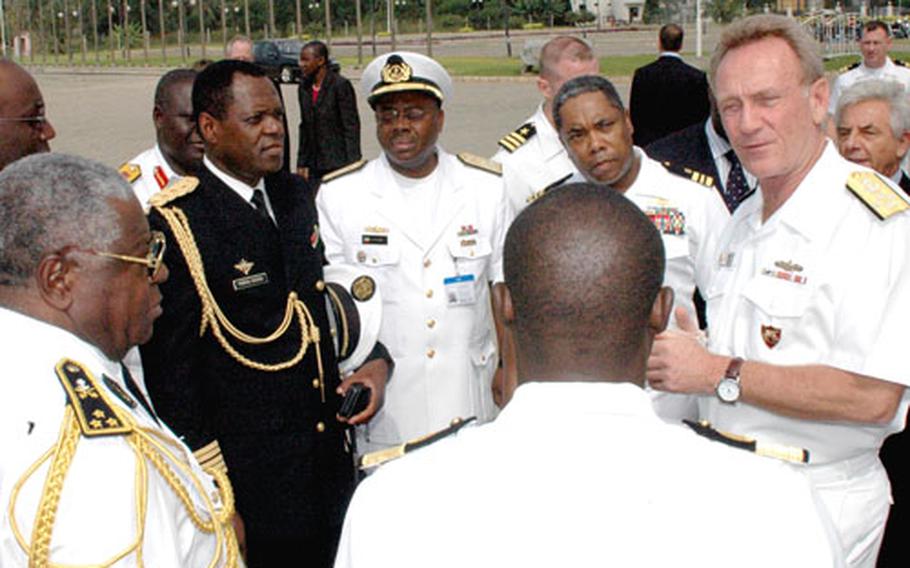 Eleven Gulf of Guinea nations &#8212; supported by the U.S. State Department and military &#8212; signed an agreement Wednesday committing resources and the political will to fight terrorism and criminal activity in the region.

The Gulf of Guinea Maritime Safety and Security Ministerial Conference, hosted by the Republic of Benin and sponsored by the U.S. State Department, U.S. European Command, Naval Forces Europe, and the Africa Center for Strategic Studies, ended Wednesday with the 11 nations adopting the communiqu&#233;.

&#8220;It&#8217;s significant to have this level of collaboration &#8230; as the Gulf of Guinea nations came together to reaffirm their commitment and fight against illegal activity,&#8221; Rear Adm. Phil Greene Jr., director of Strategy and Policy, Resources and Transformation for Naval Forces Europe, said late Wednesday in a phone interview from Cotonou, Benin.

The United States has poured time, money and personnel over the past few years into an effort to help the nations learn to protect their coastal waters.

Though rich in natural resources such as petroleum, diamonds, mahogany and fish, the region is plagued by poverty, human trafficking, unstable governments and terrorists trying to gain a foothold. The region loses roughly $1 billion a year to illegal activity, officials have said.

&#8220;The political will demonstrated by these countries is essential for us to see progress in maritime security,&#8221; Jendayi Frazer, assistant secretary of State for African Affairs, said in a statement released through EUCOM.

Other participating African nations included South Africa and Senegal, along with five European nations and the United States.