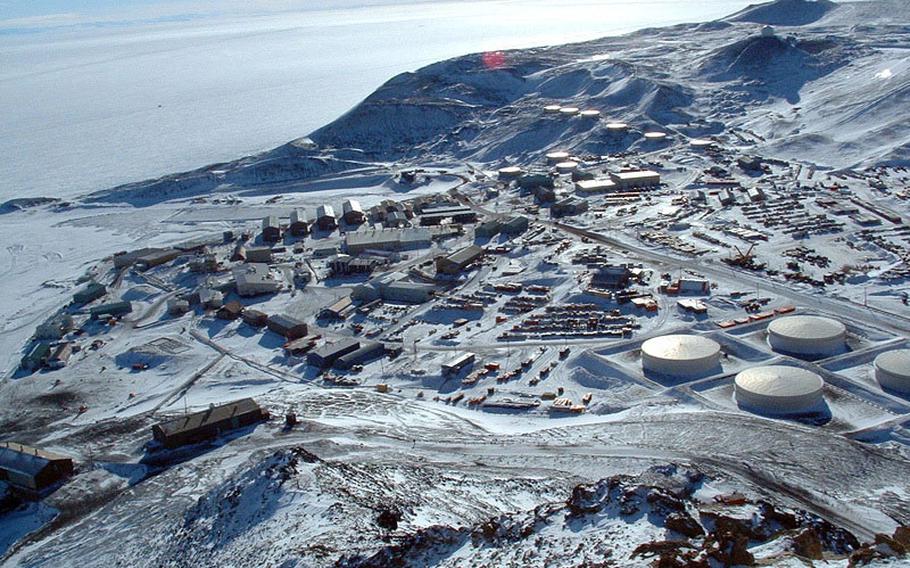 The National Science Foundation’s McMurdo Station, as seen from the summit of Observation Hill, Antarctica. The station was established in December 1955 and is the logistics hub of the U.S. Antarctic Program, with a harbor, landing strips on sea ice and shelf ice, and a helicopter pad. (U.S. Air Force photo)

The National Science Foundation’s McMurdo Station, as seen from the summit of Observation Hill, Antarctica. The station was established in December 1955 and is the logistics hub of the U.S. Antarctic Program, with a harbor, landing strips on sea ice and shelf ice, and a helicopter pad. (U.S. Air Force photo) 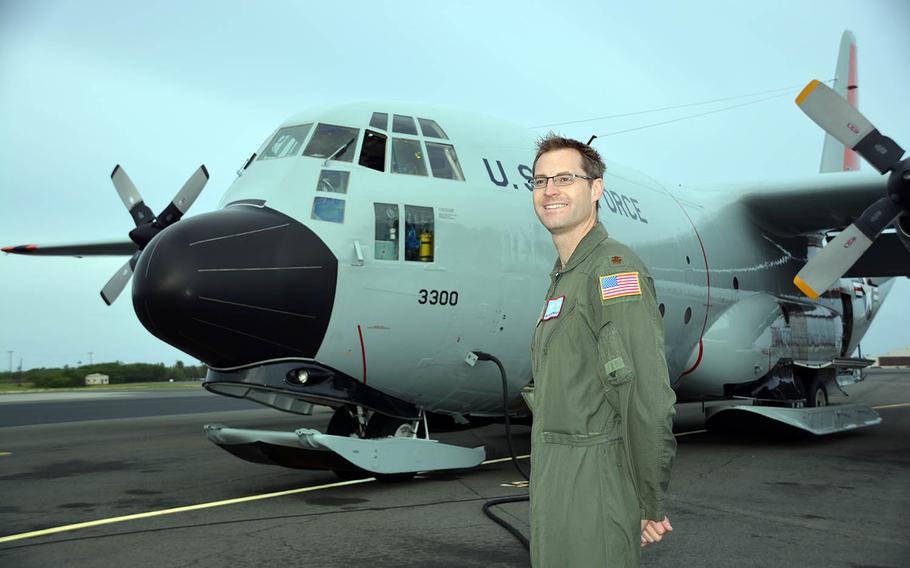 JOINT BASE PEARL HARBOR-HICKAM, Hawaii — Maj. Malcolm Schongalla has piloted cargo planes in Antarctica for most of the past dozen summers. But his first flight to the South Pole in 2006 is the one that stands out for the LC-130 commander with the New York Air National Guard’s 109th Airlift Wing.

After his ski-equipped plane took off on the ice runway near McMurdo Station, he saw 13,000-foot mountains jutting out of the sea and in the distance the ever-smoking Mount Erebus, the world’s most southerly active volcano.

He flew over the Transantarctic Mountains dividing the continent that reach so high “it feels like they’re going to touch the plane.”

The mountains give way to the vast Polar Plateau. “It’s just flat and barren until you see the South Pole Station sticking straight up all by itself in the middle of a blank sheet of nothingness,” Schongalla said Wednesday while talking to reporters at Hickam airfield.

The other-worldliness of Antarctica is one of the reasons Schongalla perennially returns to fly missions supporting Operation Deep Freeze, the U.S. military’s support for the National Science Foundation’s U.S. Antarctic Program.

Five LC-130s arrived at Hickam this week on their way back from Antarctica to New York, where the air wing operates the military’s only planes capable of taking off and landing on ice and snow.

The cargo flights move supplies and personnel to the various scientific stations throughout Antarctica during a roughly 20-week period that begins around October. The bulk of research takes place during the region’s 24-hour-sunlit summer season, roughly December to February.

That’s the warm season, but only in relative terms.

The temperature at the South Pole was minus 40 degrees Fahrenheit on his last flight there in mid-February, Schongalla said.

McMurdo Station, the Antarctic Program’s largest research center, was averaging a balmier minus 13, he said.

This was the 30th year the wing provided support, flying 120 missions this season. They transported roughly 2,300 researchers and support staff, carried 2.7 million pounds of cargo and shuttled 135,000 gallons of fuel to about a dozen research stations.

They also conduct search-and-rescue and medical evacuation flights as needed.

That’s all done using about a half-dozen LC-130s, a unique plane equipped with both wheels and massive skis for gliding on ice and snow. While there are “a few rare spots” in Antarctica with snow-packed runways where wheels can be used, most landings are done with skis, the 39-year-old Schongalla said.

The LC-130s have other modifications for their special missions, such as extra piping for hot air and dual loading-unloading systems for delivering fuel.

“The places we go to are so remote they don’t have a lot of equipment to pump gas the way you might at a normal place in the United States, so we have to bring our equipment with us,” he said. “A lot of that is integral to the airplane.”

A plane carries several tons of supplies each trip to remote stations, trips of a few hours that would take weeks if done by snow tractors, he said. They also deliver fuel.

“The scientists who work at those camps depend on that fuel to generate electricity and generate heat and hot water to survive upon in a harsh climate,” he said.

The locations of remote stations vary from season to season, with much of research focused on the impact of global climate change unique to Antarctica.

“Every season we go to some new terrain, some new landing sites,” he said. “That’s one of the most interesting parts of the job from my perspective. The scientists pick out different places they think are going to be more heavily impacted by climate change. Those are areas of interest for the scientists that we find ourselves going to.”

Williams Field, the airstrip that services McMurdo Station, is also never quite the same year to year.

“Every so many years we have to move the airfield because it’s on an ice shelf that is constantly moving toward the ocean,” he said. “Every year a little bit more of it melts off into the ocean. There’s talk about in the next few years of relocating Williams Field to a new spot because it’s started to get close to the ocean, as it has in the past.”

For recreation, there is a well-maintained trail system for hiking and wildlife to view, such as penguins, orca whales, seals and skua birds.

“During part of the year when the ice is thickest, the Antarctic Program drills holes as observation tubes through the ice and you can climb on a ladder into a chamber below the ice and see fish and other marine animals swimming around,” he said.

And the nightlife at McMurdo Station?