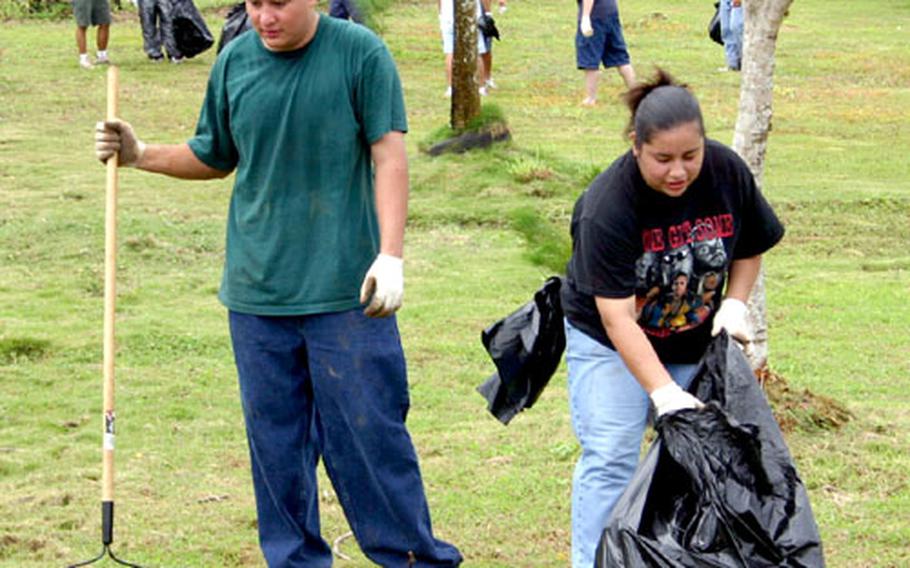 Gabriela Quintanilla and her husband Eli, both members of the HC-5 helicopter squadron, help clean up the schoolyard at F.B. Leon Guerrero Middle School in Yigo, Guam. (Frank Whitman / Special to S&S)

Gabriela Quintanilla and her husband Eli, both members of the HC-5 helicopter squadron, help clean up the schoolyard at F.B. Leon Guerrero Middle School in Yigo, Guam. (Frank Whitman / Special to S&S) 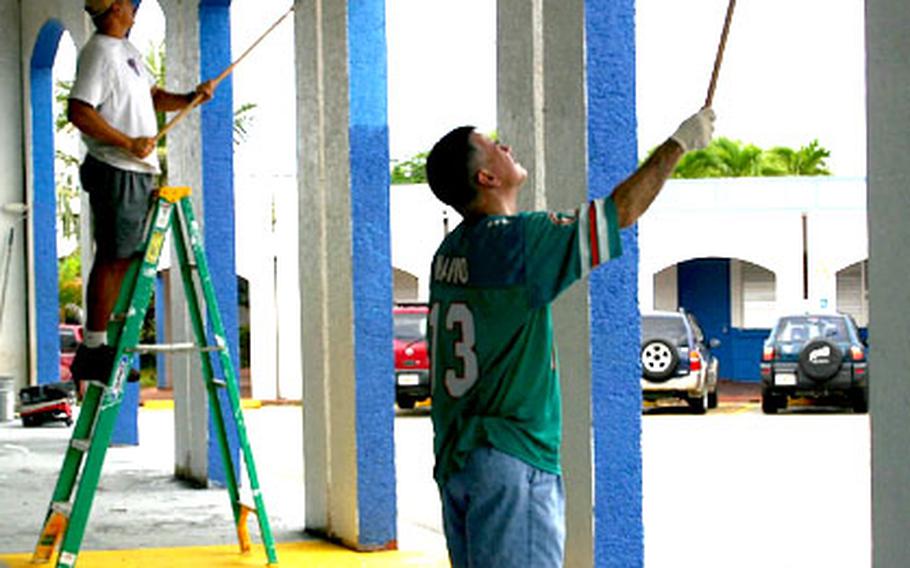 They chose to spend their usual day off helping officials prepare for Tuesday&#8217;s first day of classes as part of the military&#8217;s Adopt-A-School program.

The squadron&#8217;s work is part of an ongoing involvement with the school.

&#8220;HC-5 is a true partner,&#8221; said Principal Kenneth Denusta. &#8220;They&#8217;ve been coming each year and cleaning our yard. They also help out with our tutoring program. And just before school ended last year, they brought in a helicopter as a static display. That was a big thrill for the students.&#8221;

The project was part of the Navy-wide Community Service Flagship programs.

As is common with most Guam activities, workers were treated to a lunch of barbecued chicken and ribs, red rice and other local delicacies. The food was donated by members of the school faculty and staff and by King&#8217;s Restaurant, which operates the school&#8217;s cafeteria.

Sylvia Taylor, a teacher at the school who&#8217;s married to an HC-5 chief warrant officer, Steve Taylor, organized lunch and much of the project.

And seeing sailors working at the school may inspire students to join the Navy, said Steinmann.