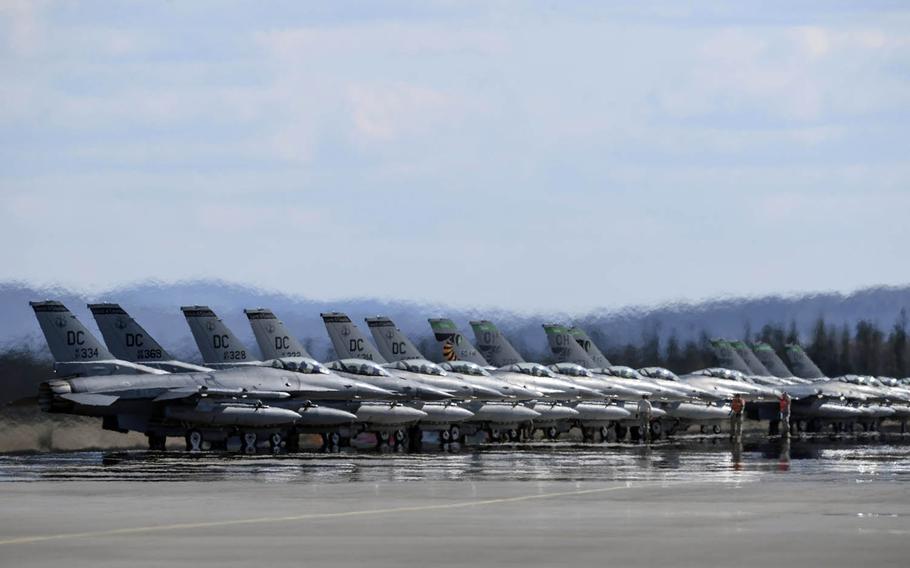 A dozen F-16s from the Maryland-based 121st Fighter Squadron have arrived on Guam for a four-month deployment.

The Fighting Falcons, part of the District of Columbia Air National Guard’s 113th Wing out of Joint Base Andrews, are in the process of arriving at Andersen Air Force Base, an Air Force official said.

Such deployments have been ongoing since March 2004.