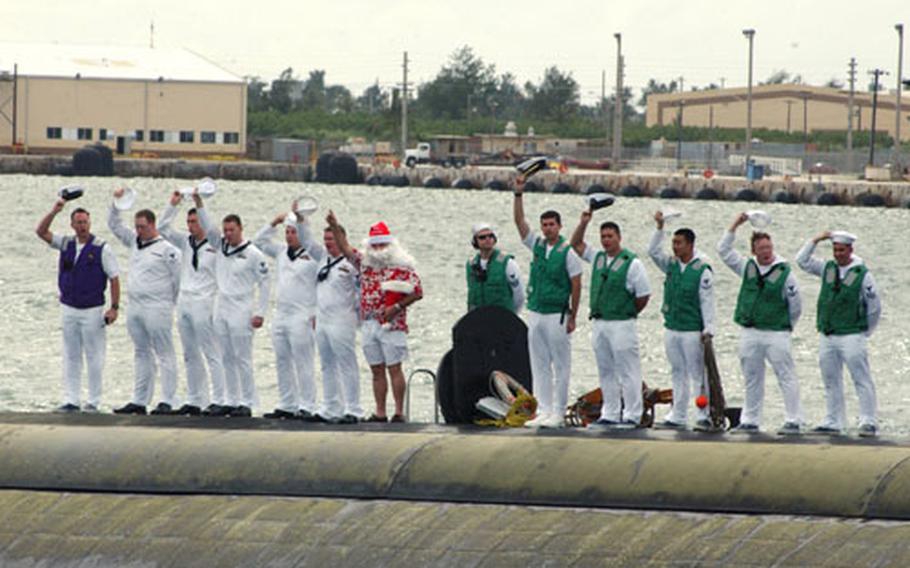 Sailors from the USS City of Corpus Christi hail to waiting family and friends. (Courtesy of U.S. Navy)

Sailors from the USS City of Corpus Christi hail to waiting family and friends. (Courtesy of U.S. Navy) 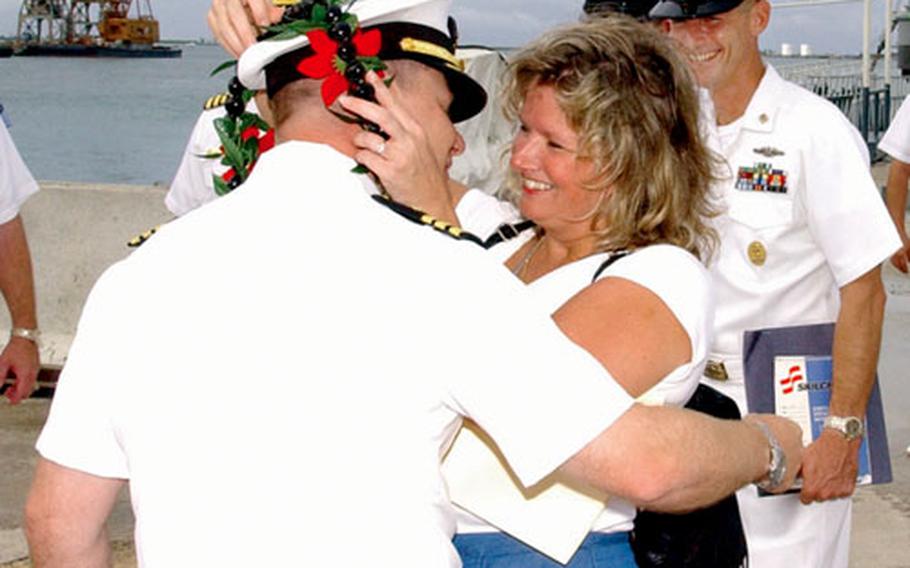 Cmdr. Bob Schmidt, USS City of Corpus Christi commanding officer, is greeted by his wife upon arrival from the submarine&#39;s first deployment since being permanently based in Guam on Oct. 17, 2002. (Courtesy of U.S. Navy)

APRA HARBOR, Guam &#8212; Family, friends and Navy officials greeted USS City of Corpus Christi submariners Tuesday as they returned from their first deployment since being permanently based here last year.

The submarine deployed to the Western Pacific on Nov. 22, Navy officials said.

The City of Corpus Christi was the first of three Los Angeles-class submarines based here as part of Submarine Squadron 15, Navy officials said. The USS San Francisco arrived last December; the USS Houston is expected in 2004.

In a message to the submarine&#8217;s crew, Sullivan wrote:

&#8220;You have blazed the way for our Guam-based SSNs, completing the first of many operations to be generated from that strategic salient at the leading edge of our Pacific submarine force.&#8221;

Capt. Joseph Mulloy, Submarine Squadron 15, added he hopes the City of Corpus Christi is setting the tone for other submarine operations here.