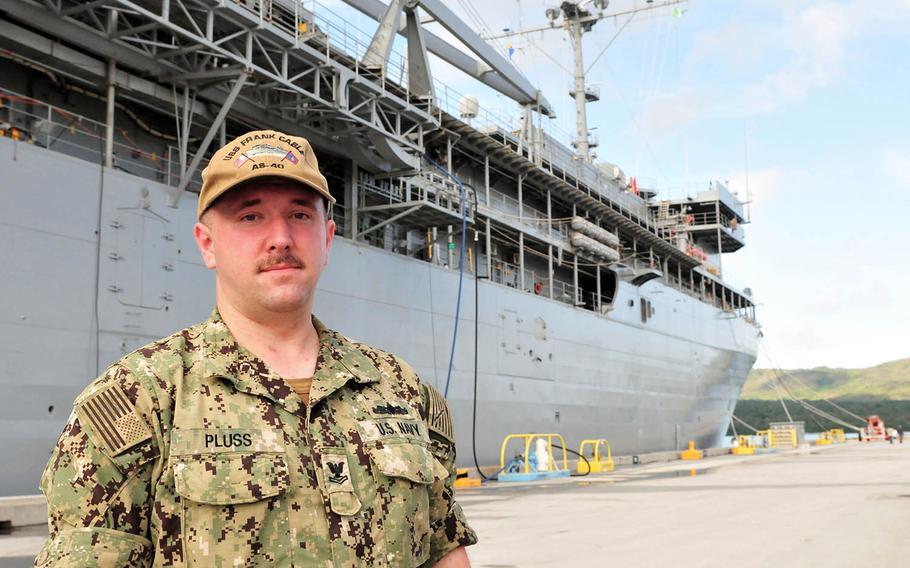 A sailor has been awarded the Navy and Marine Corps Achievement Medal for his actions after a fatal car crash last month on Guam.

Petty Officer 2nd Class Andrew Pluss, who is assigned to the submarine tender USS Frank Cable, witnessed a pedestrian being struck by a vehicle on the evening of July 16 in Hagatna.

Pluss rushed to the man, who was lying face-down on the road, but couldn’t find any visible injuries, according to a Navy statement.

“I checked his airway, checked for breathing and checked for a pulse,” he said in the statement. “When I realized none of that was happening, I looked up to someone standing right on the other side of him and said, ‘Call 911. He’s not responding.’”

The man was pronounced dead later that evening at Naval Hospital Guam, according to the Guam Police Department.

“In the moment, I didn’t know if he had passed,” Pluss said in the statement. “My thought was, ‘This could be something to save his life. He may not be responding now, but once all the available medical personnel and more equipment arrives, they may be able to save him based off of what I was doing.’”

“Pluss is a hard-working Sailor in our repair department,” he said in the statement. “The award was given because of his heroism, but he’s also doing hard work every single day while he’s here.”