Groups call on Marines to sever ties with UFC 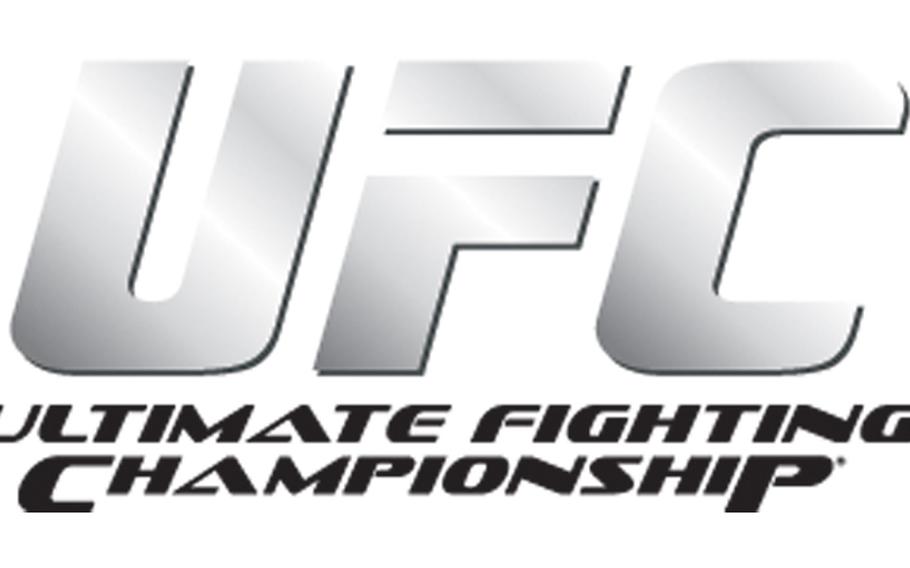 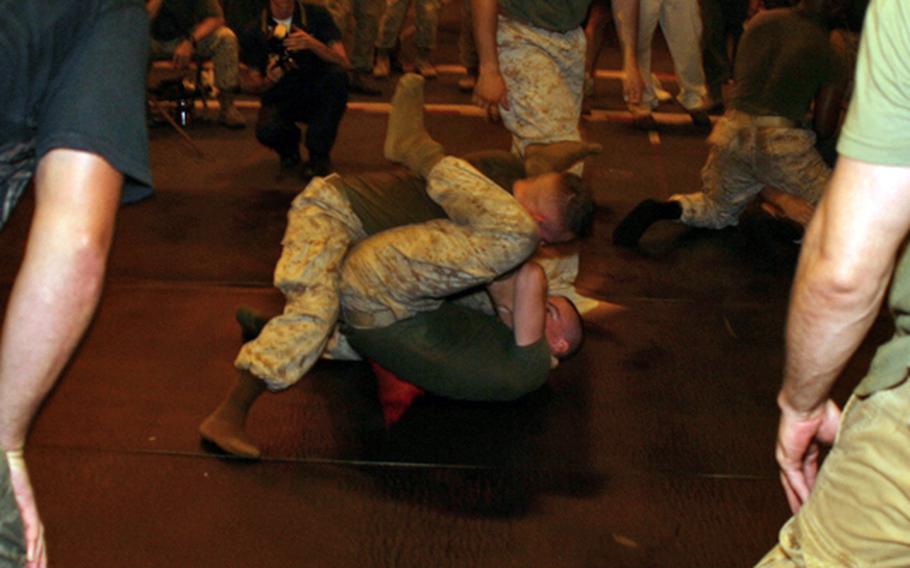 Marines aboard the USS Peleliu demonstrate their martial arts skills during a visit by Ultimate Fighting Championship fighters in September 2008 while the ship was deployed to the Persian Gulf. (U.S. Marine Corps)

WASHINGTON &mdash; A group of veterans is asking the Marine Corps to stop sponsoring the Ultimate Fighting Championship, saying the mixed martial arts organization tolerates inappropriate and offensive speech and is inconsistent with the Corps&rsquo; values.

The Veterans Committee of UNITE HERE, a union that represents 250,000 hotel, food service, restaurant, textile, industrial laundry and gaming industry workers, wrote a letter to Marine Commandant Gen. James Amos in July and to Secretary of Defense Leon Panetta this month, asking that the Corps terminate its relationship with UFC, the nation&rsquo;s largest promoter of professional cage fighting events.

&ldquo;The UFC is an organization that has tolerated people associated with it making jokes about rape, homophobic slurs and sexually explicit remarks that are demeaning towards women,&rdquo; the group wrote in its letter to Amos. &ldquo;We believe these statements are deeply at odds with the culture, mission and values of the Marine Corps, and the values of the people you are trying to recruit.&rdquo;

The letters cite several examples of offensive statements, videos and tweets by UFC fighters and UFC president Dana White. A video of several examples is featured on a website with the petition, including a clip of a press conference in which one fighter told another he was going to &ldquo;put those hands on you worse than that dude did them other kids at Penn State.&rdquo;

The National Center on Domestic and Sexual Violence, Protect Our Defenders, Veterans For Peace and other organizations have joined the union in its efforts.

Debby Tucker, executive director of the Texas-based National Center on Domestic and Sexual Violence, said her organization got involved after it began urging UFC to institute a code of conduct for its fighters. She didn&rsquo;t initially know the Marine Corps sponsored the sport.

Tucker co-chaired the Department of Defense Task Force on Domestic Violence, where she worked with Marines who were &ldquo;very bright and progressive and not at all disparaging of women,&rdquo; she said. &ldquo;To turn around and find out the Marine Corps is one of the [sponsors of UFC] really shocked me.&rdquo;

A 2010 sponsorship agreement the union obtained through an open records request and provided to Stars and Stripes indicates the Marines paid more than $2 million to sponsor UFC pay-per-view events and feature associated videos and other content on the UFC website in 2010 and 2011.

A Marine Corps commercial posted online shows shots of UFC fighters juxtaposed with shots of Marines. The commercial starts by showing the words, &ldquo;There is still a path for warriors,&rdquo; and later, after the words &ldquo;proven on the field of battle&rdquo; are shown, there is a shot of Marines raising the flag at Iwo Jima followed by UFC fighters raising their arms in victory.

Jim DuPont, chairman of the union&rsquo;s veterans committee, said he believes equating sports with what Marines do is just wrong.

&ldquo;Those are mercenaries for sport, and they&rsquo;re out to make money for themselves and have no greater social good,&rdquo; DuPont said of UFC.

The Marine Corps is &ldquo;not about hate, it&rsquo;s about protecting our freedoms,&rdquo; he added.

Marine spokeswoman Capt. Kendra Motz said the Marine Corps has &ldquo;expressed its concern to the UFC regarding issues articulated in the petition involving inappropriate conduct, alleged or substantiated, by a handful of individuals.&rdquo;

The UFC &ldquo;has been forthright in addressing the issue and have proactive measures in place to deal with these isolated transgressions,&rdquo; she said, without describing the measures.

UFC representatives did not respond to a request for comment. In May, White told mixed martial arts publication MMA Weekly he does not plan to institute a code of conduct for fighters and is &ldquo;going to take it as it comes.&rdquo;

The Corps sent a letter to the union, noting that the Marines partnered with UFC &ldquo;to leverage the Warrior Lifestyle similarities of our two organizations,&rdquo; and that mixed martial arts programming reaches a large portion of the Corps&rsquo; recruiting prospects.

DuPont said the viewers might be the target audience, &ldquo;but they&rsquo;re sending the wrong message.&rdquo;

&ldquo;A warrior is not all about number one,&rdquo; he said. &ldquo;There&rsquo;s no such thing as a martial art without a moral context. That&rsquo;s just violence, really.&rdquo;

The group has delivered its petition to the Marine Corps and to the Panetta Institute for Public Policy in California and hopes the DOD will get involved in severing the sponsorship.

&ldquo;We&rsquo;re more determined than ever to get this done,&rdquo; DuPont said.

Tucker said she hopes the letters and petition will spark a discussion about whether the recruits spurred to join through the UFC sponsorship have the values the Marine Corps is looking for, and that any continued sponsorship is examined with an eye on &ldquo;how are we going to make sure that the UFC doesn&rsquo;t contribute to a misunderstanding of what it really means to be a Marine.&rdquo;

The group delivered the petitions to the Marine Corps as an amendment was being introduced in the House to end all military sports sponsorships, including NASCAR and UFC. The House decided not to ban the sponsorships; the Army went on to announce it will end its NASCAR sponsorship after the season ends because of a poor return on investment. The Army National Guard will continue to sponsor NASCAR driver Dale Earnhardt Jr. through the 2013 season.