Arthur Uffman had just turned 24 when he joined the Army in January 1941. He never rose above the rank of private first class, but he served honorably overseas, most likely with the Army Air Forces in England. His wife, Pauline, passed away in 1992, and Arthur died two years later. Their bodies were cremated, and an Arizona mortuary worker placed their ashes on a shelf.

There they remained, together and forgotten, for more than 16 years.

On Monday, the Uffmans will be interred with eight other veterans whose remains were mistakenly left in the same funeral home, along with the remains of nine veterans who died in recent months in the Tuscon area.

Bob Day, a Vietnam-era Navy veteran, heads the Arizona efforts of the Missing in America Project, which seeks to ensure that all veterans get a proper burial. He had been planning the ceremony for the nine Tuscon-area veterans, who were believed to have been homeless or indigent, at a state veterans cemetery in Sierra Vista, Ariz., when he learned about the cremated remains lingering in the mortuary.

In one of the worst cases, the remains of Air Force veteran Vernon Hughes, who was 56 when he died in 1983, had been sitting unnoticed and unclaimed since then.

&ldquo;This particular mortuary, an older gentleman and his wife ran it for years, and they had trouble keeping it up,&rdquo; Day said. Eventually, the man&rsquo;s daughter and son-in-law took over, and they realized that they had cremated remains that had never been interred, some of which they suspected might have been veterans.

Day declined to name the mortuary, except to say that it was in Cochise County. He said he and other volunteers moved quickly to include the Uffmans and others in the ceremony.

&ldquo;I try not to get too sideways with why,&rdquo; Day said. &ldquo;It doesn&rsquo;t matter, if you&rsquo;ll work with me. We try to politely but firmly take control of the situation.&rdquo;

Some of the veterans who died recently had apparently served only a few months, but others had more substantial military careers. The records available for former Navy Lt. Dwight F. Ridenour, who died in November at 64, and for former Army Spc. 5 Randall B. Shettell Jr., who died in February at 63, show that each served in Vietnam.

Day said in order to qualify for VA burial benefits and internment in a veterans cemetery, his group at a minimum has to prove each deceased person&rsquo;s identity, military service and honorable discharge.

The records often don&rsquo;t contain much more information than that, said Joe Larson, administrator of the cemetery where these veterans will be interred.

&ldquo;Pfc., U.S. Army,&rdquo; Larson said Friday, as he read aloud from the record of Ernest Joseph Beliveau, a World War II veteran whose cremated remains had been left behind in the funeral home since January 1988. &ldquo;Half of his DD-214 was destroyed in a fire, but: &lsquo;Pfc., Army. Truck driver, mechanic.&rsquo; Served 21 months overseas with the 130th General Hospital in the European Theatre of Operations.&rdquo;

As for former Army Cpl. William Plaetke, who died at age 52 in 2000, and whose remains had been kept in the mortuary since then, Larson said there was a notation in pen on his record that indicated he had served two tours in Vietnam.

&ldquo;It says he was a member of the VFW,&rdquo; Larson said, continuing to read, &ldquo;so he must have served overseas.&rdquo;

Monday&rsquo;s ceremony will be the group&rsquo;s first event in the state. Nationally, the Missing in America Project has identified and interred the remains of more than 1,000 veterans since 2006, according to its website.

Its flagship event, in 2009, was a motorcycle procession from Sacramento, Calif., to Arlington National Cemetery, where they reinterred the remains of Buffalo Soldier and Medal of Honor recipient Isaiah Mays, along with two other decorated soldiers from World War II and Vietnam.

Most often, Day said, the veterans on whose behalf the project works died while homeless or indigent, but the stories behind others&rsquo; lack of a proper burial are sometimes more complicated and colorful.

In one extreme case, he said a veteran&rsquo;s ex-wife held onto his cremated remains, but she told his family in anger that she&rsquo;d flushed them down the toilet.

&ldquo;The family was horrified and didn&rsquo;t speak to her for years,&rdquo; Day said, and they only learned much later that she had kept her ex-husband&rsquo;s remains but never interred him.

In another case, a couple bought an old, distressed house, and found two urns inside.

&ldquo;One was a veteran, sitting on top of his paperwork, his DD-214,&rdquo; Day said. &ldquo;The other urn was his dog.&rdquo; 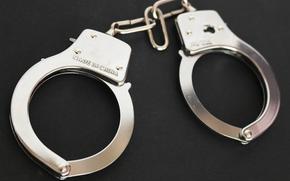