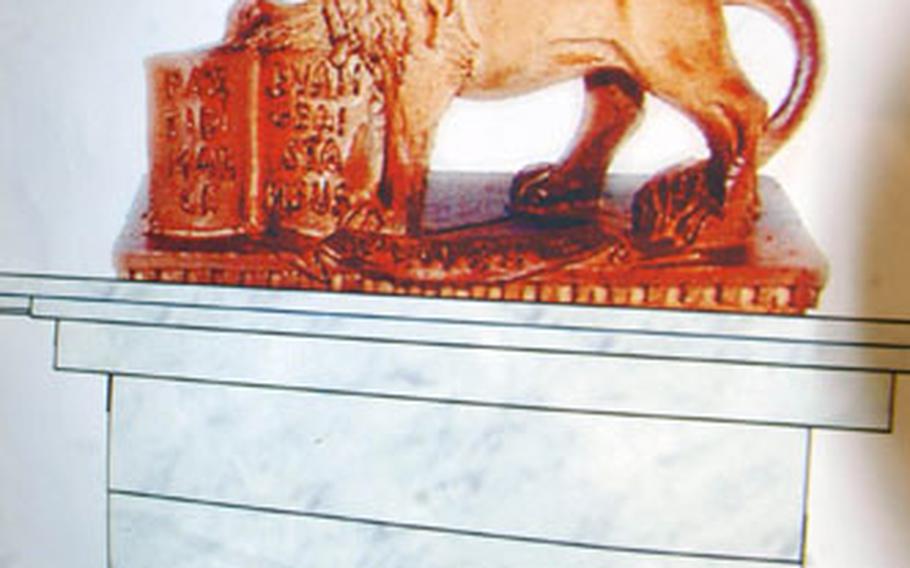 A drawing of the proposed memorial to honor the more than two dozen members of the Southern European Task Force (Airborne) and its main fighting force — the 173rd Airborne Brigade — lost in Iraq and Afghanistan. (Kent Harris / S&S)

A drawing of the proposed memorial to honor the more than two dozen members of the Southern European Task Force (Airborne) and its main fighting force — the 173rd Airborne Brigade — lost in Iraq and Afghanistan. (Kent Harris / S&S) 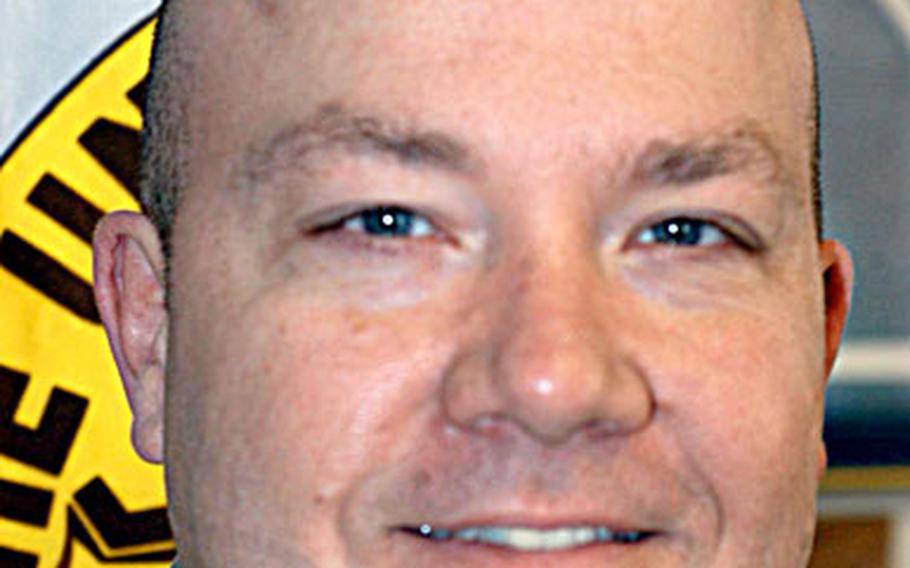 Sgt. Maj. Richmar Weik, the command sergeant major for the rear detachmment of the Southern European Task Force (Airborne), is leading the effort to build the monument. (Kent Harris / S&S)

Now an association made up of many of their comrades is trying to make sure their sacrifices will be remembered.

Using &#8220;forever&#8221; in an Army that&#8217;s transforming and planning to close dozens of bases in Germany in the next few years might be a bit optimistic. But, as Weik points out, SETAF is building up while much of U.S. Army Europe is drawing down. And it doesn&#8217;t appear that U.S. soldiers are leaving Vicenza anytime soon.

The monument, as presently envisioned, will feature a large St. Mark&#8217;s Lion standing atop a piece of granite or marble. The lion, which represents gospel writer Mark, is a symbol of the Veneto region and adorns the SETAF patch. Whatever material is chosen, it will come from Italy and the monument would likely be made by Italian artists.

Weik, president of the Mediterranean chapter of AUSA, said the monument would cost about 22,000 euros.

&#8220;We only started soliciting a couple of months ago and we&#8217;ve already gotten about $7,000,&#8221; he said. Much of that came from donations from the Vicenza Military Spouses and Civilians Club and Global Credit Union. He said the organization has also received donations from seven Italian businesses or individuals and he hoped other Europeans or Americans stationed elsewhere in Europe would also contribute.

Weik said the monument will list the names of the soldiers from Vicenza killed in Iraq and Afghanistan. It will also feature patches from all the units that have served with SETAF units in both places.

Weik said he hopes to present Maj. Gen. Jason Kamiya, the SETAF commander, with a check for the project when he returns from Afghanistan.