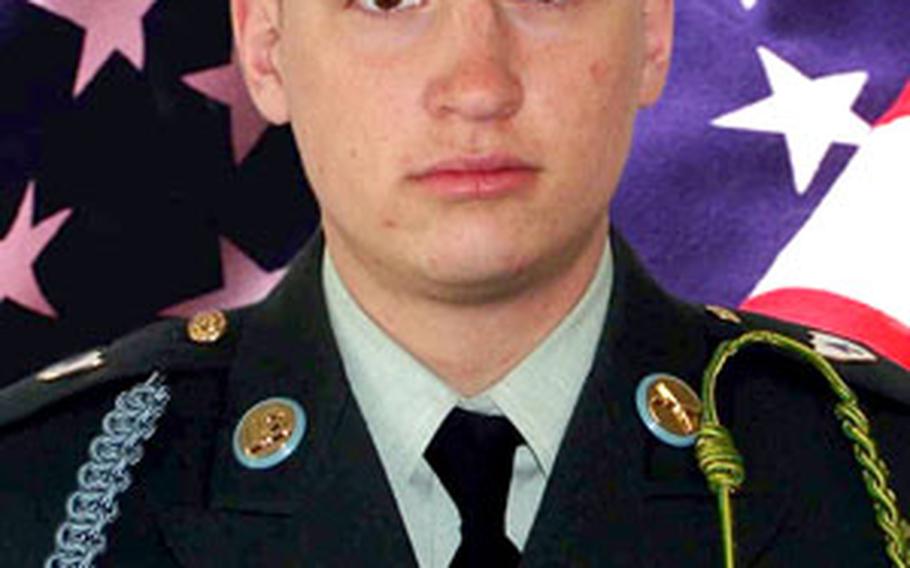 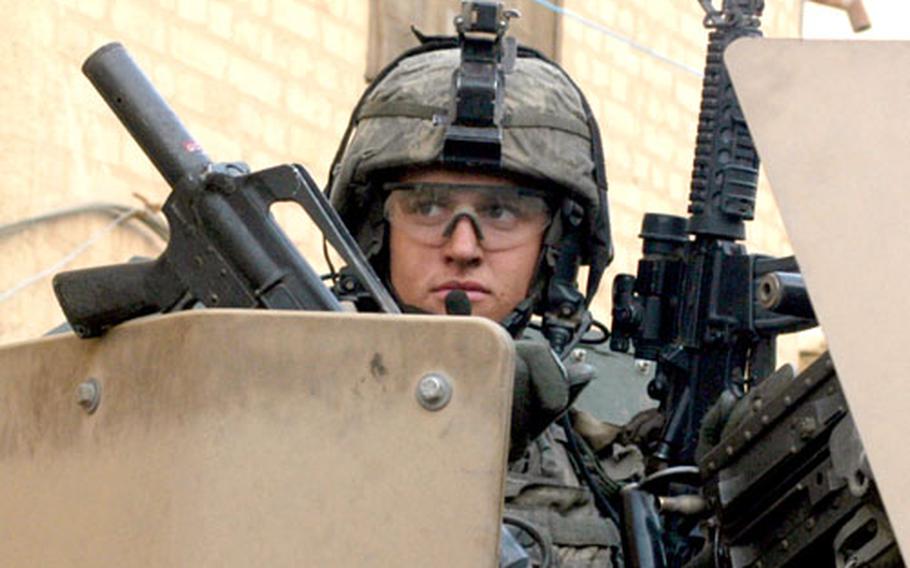 Pfc. Ross McGinnis from 1st Platoon, Company C, 1st Battalion, 26th Infantry Regiment, mans his weapons in the turret of a Humvee in the Adhamiyah neighborhood of Baghdad in November. McGinnis was killed in an attack in Baghdad on Monday. (Ben Murray / S&S)

A 19-year-old soldier based in Schweinfurt, Germany, died in Baghdad on Monday, officials said.

Pfc. Ross A. McGinnis, of Knox, Pa., assigned to Company C, 1st Battalion, 26th Infantry Regiment &#8220;Blue Spaders,&#8221; died when a grenade was thrown into his vehicle in Iraq, according to the Department of Defense.

A memorial service will be held at Ledward Barracks chapel in Schweinfurt next week. The date and time have yet to be determined.