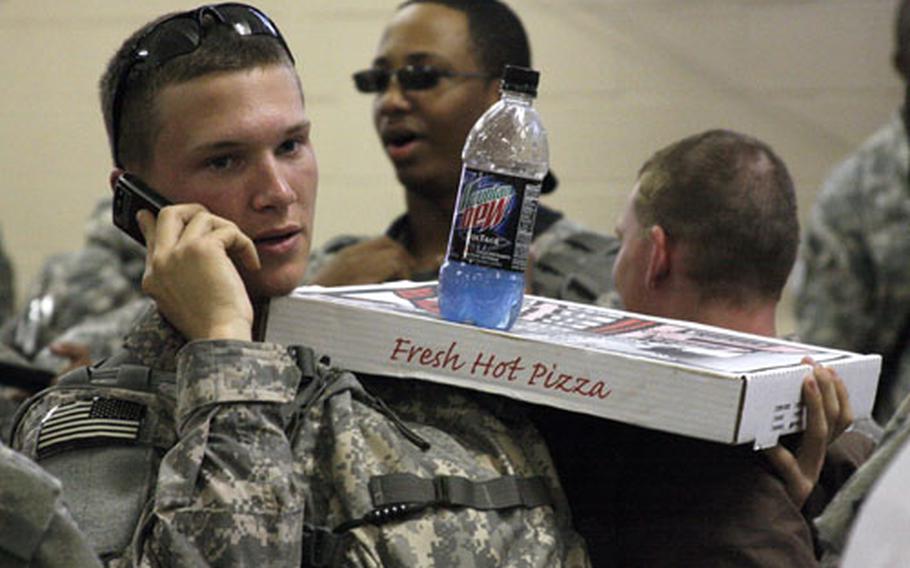 A soldier makes a phone call before boarding a plane for Kuwait Wednesday night at Pope Air Force Base, N.C. (Joe Gromelski / Stripes)

A soldier makes a phone call before boarding a plane for Kuwait Wednesday night at Pope Air Force Base, N.C. (Joe Gromelski / Stripes) 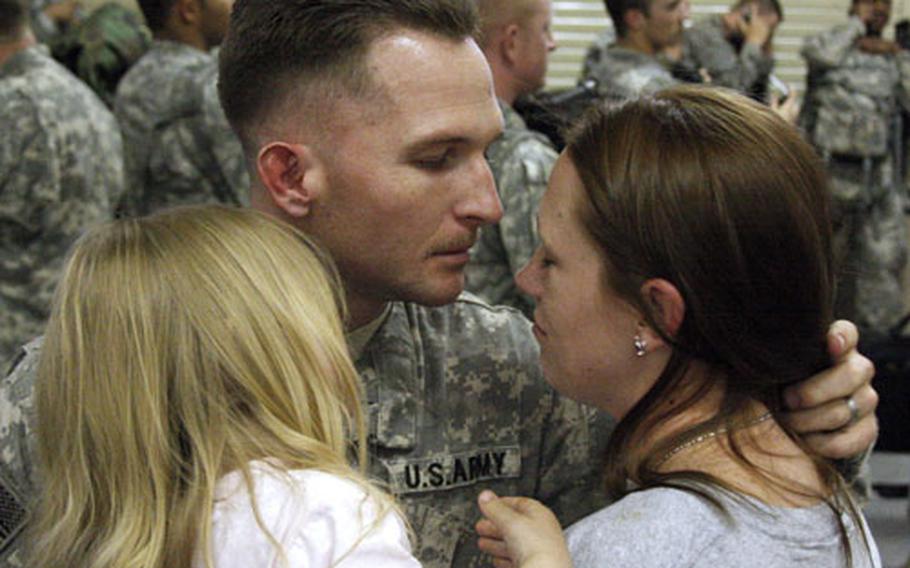 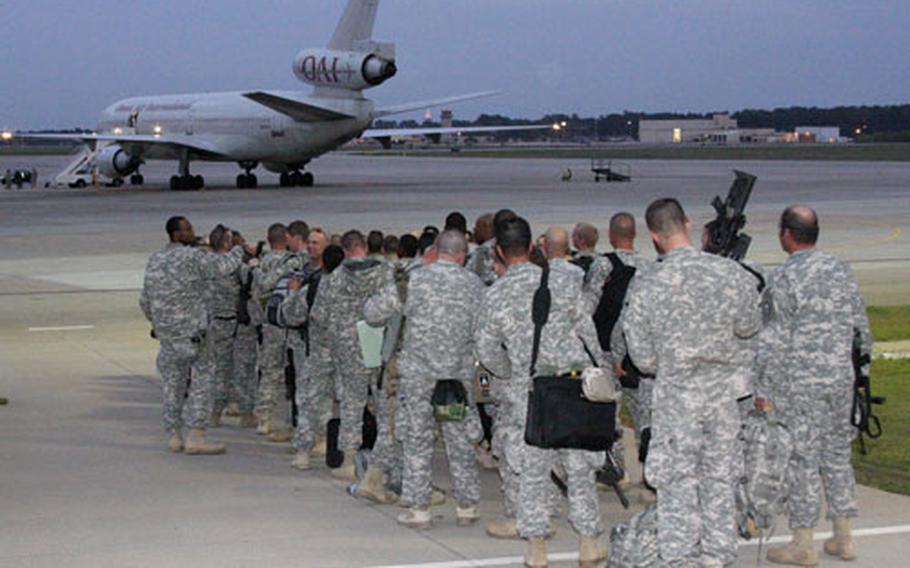 Soldiers line up to board the plane. (Joe Gromelski / Stripes) 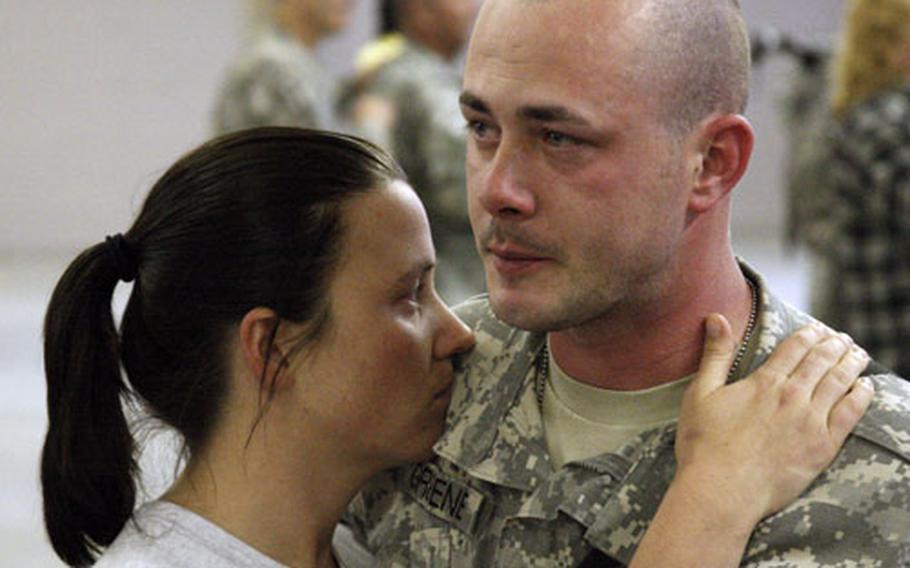 POPE AIR FORCE BASE, N.C. &#8211; Several hundred members of the North Carolina Army National Guard&#8217;s 30th Heavy Brigade Combat Team left Pope Air Force Base for Iraq on Wednesday. More than 3,000 other soldiers will follow over the next two weeks.

Ables believes his son is well prepared for this deployment.

While many of the 100 or so family members who came to see their soldiers depart were confident in the brigade&#8217;s abilities, the emotion of saying goodbye was palpable throughout the passenger building at Pope&#8217;s &#8220;Green Ramp.&#8221;

&#8220;You can&#8217;t be prepared to have somebody ripped out of your life for a year,&#8221; said a tearful Danielle Conner, surrounded by her young daughters.

Her husband, Spc. Justin Conner, a former Marine now with HHC, 252nd Combined Arms Battalion, is deploying for the first time as a husband and father.

The brigade, descended from the 30th Infantry Division in World Wars I and II, is the first in the National Guard to conduct combat operations twice in the same conflict. It comprises units based in North Carolina, West Virginia and Colorado, and has soldiers from many other states.

After some final training and acclimatization in Kuwait, the unit will begin operations in Iraq for up to a year.

Thomas M. Ruyle, now a Stripes copy editor, served in Iraq with the 30th HBCT as an Army National Guard soldier for 10 months in 2004.