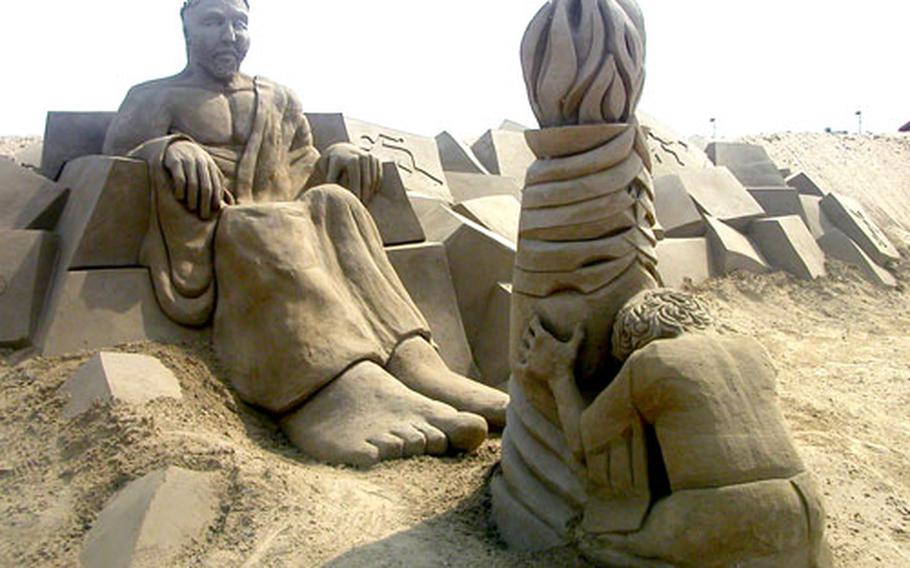 A sand sculpture depicts a woman paying homage to a powerful man clad in a toga at the Great Yarmouth sand sculpting festival. (Bryan Mitchell / S&S)

A sand sculpture depicts a woman paying homage to a powerful man clad in a toga at the Great Yarmouth sand sculpting festival. (Bryan Mitchell / S&S) 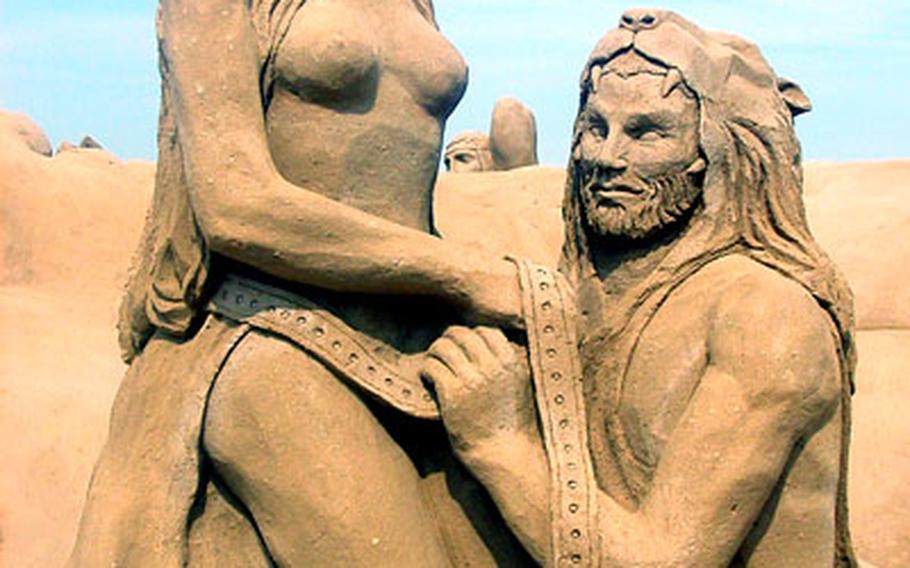 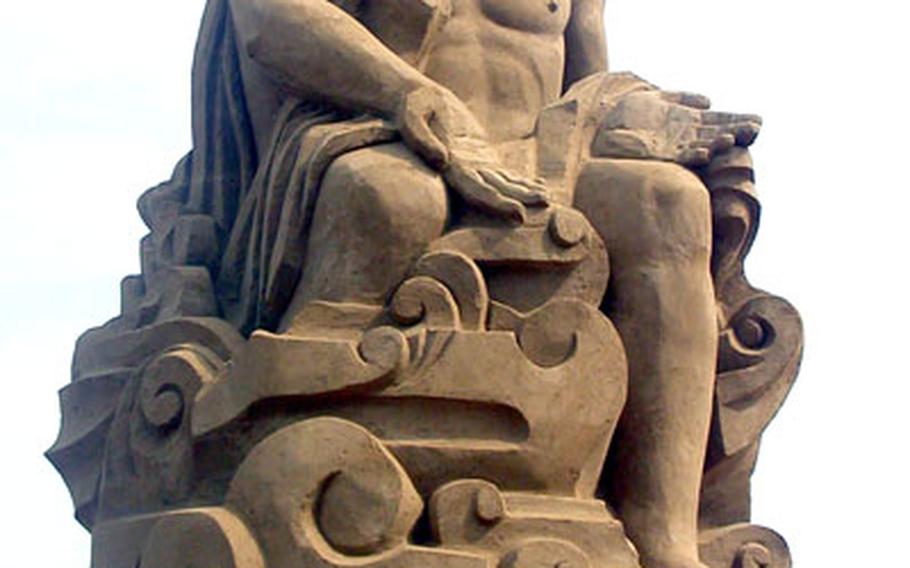 Zeus, erected from sand and water, sits above his kingdom at the festival. (Bryan Mitchell / S&S)

But for three months this summer, visitors can catch a glimpse of those and other mythical Hellenic characters on the beach of this Norfolk town.

More than 60 sand artists from around the globe converged on this seaside family destination to mold 4,000 pounds of imported Dutch sand and 15,000 pounds of British sand into dozens of sculptures of the Greek gods across a 10,000-square-meter swath of the Great Yarmouth beach.

The sculptures are made out of sand and water, but can withstand sustained, heavy winds &#8212; common on the coast &#8212; as well as heavy rains &#8212; also a regular feature in Norfolk.

Sadly, the night following England&#8217;s World Cup loss to Portugal, a vandal breached the 10-foot chain-link fence and destroyed sections of the sculptures.

Nevertheless, scores of visitors continue to shuffle through the exposition to stand in awe of the towering homage to the Greek gods and mythical characters.

InAxi, a Dutch company specializing in sculptures, has organized a similar sand sculpting exposition in the southern English town of Brighton. There, the sculptures tapped into the quixotic beauty of the antiquities and created dozens of Roman-themed characters.

The company also constructs ice sculptures in the winter at various worldwide locations.

In Great Yarmouth, after the family has had its fill of the fantasy land of sand and sun, it&#8217;s a short walk to wander onto the boardwalk.

If hunger comes calling, stroll down to The Barking Smack, which offers a pizza for &#163;4 to compliment the reasonably priced beer and the kid-friendly play area.