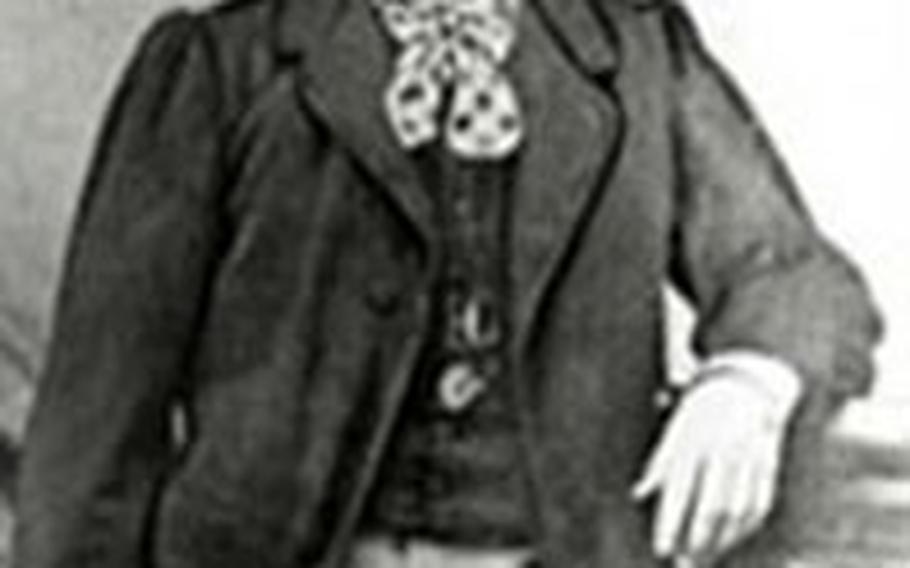 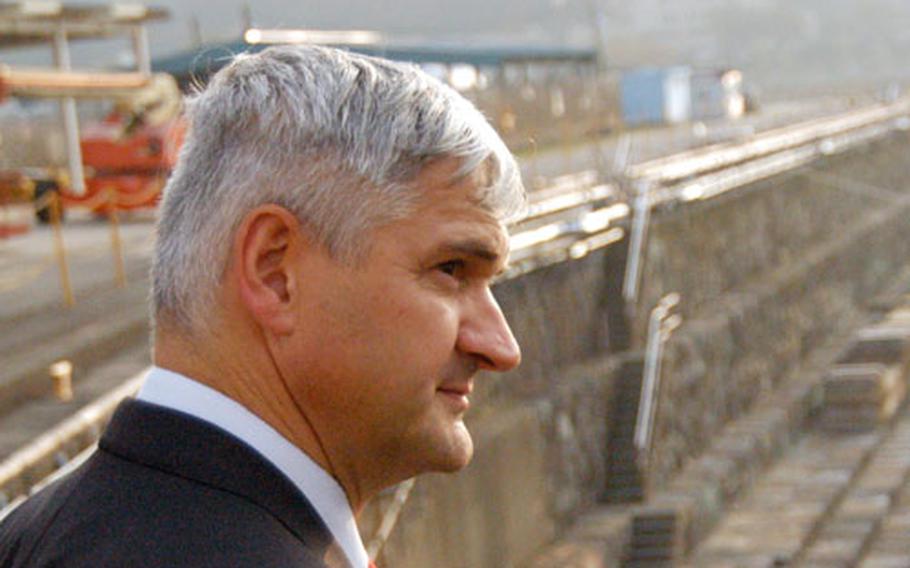 French national George Verny made a special trip to Yokosuka Naval Base Friday to admire his family’s contribution to the city. (Allison Batdorff / S&S)

YOKOSUKA NAVAL BASE, Japan &#8212; George Verny patted his heart after a long look at dry dock No. 1 at Yokosuka Naval Base on Friday.

He traveled thousands of miles from his native France to see the dock &#8212; a common sight for those who live and work here. But for Yokosuka and even for Japan, the dock &#8212; almost 140 years old and still in use &#8212; was a first step towards making Japan one of the world&#8217;s most modern countries. For Verny, it&#8217;s a bridge to his own history.

He was one of the first French people to come to Japan, his great-grandson said. But Yokosuka &#8212; a 30-home fishing village at the time &#8212; wasn&#8217;t the shogunate&#8217;s first choice, said Jon Nylander, history buff and Commander, U.S. Naval Forces Japan spokesman.

Yokosuka&#8217;s well-protected inlet and easy access to Yokohama and Tokyo were other benefits, according to the Quickseek Encyclopedia Web site.

According to Yokosuka City history, Verny first had to build an ironworks to manufacture steel and parts for the new steel-hulled ships, which would put Japan in the same league as other navies. Yokosuka Arsenal was created and completed in 1866, and became the Yokosuka Shipyard in 1903. Those remaining dry docks &#8212; still in use today &#8212; are the &#8220;oldest part of the base,&#8221; Nylander said.

The engineer spent the next 12 years in Japan, building lighthouses to help the ships navigate in Kannonzaki and Jogashima and opening another shipyard in Nagasaki. Verny &#8212; at least a bust of him &#8212; continues to view his Yokosuka accomplishments from Verny Park across the water from the dry dock. Next to him is a bust of Tadamasa Oguri, a forward-thinking finance magistrate of the Tokugawa Shogunate who helped with the project. Oguri was executed in 1868 after the shogunate was dissolved and the Emperor restored. Verny returned to France 10 years later.

The city calls Verny and Oguri its &#8220;founding fathers&#8221; and holds a commemoration ceremony every year to honor both men. This year&#8217;s ceremony is scheduled for Dec. 12 in the park.

For Verny&#8217;s great-grandson, it means something more. This was the Vernys&#8217; first trip to Japan and they are only staying four days. Seeing the base was the first priority, Sophia said.