The Orchard tea garden in Grantchester, England, has been around since the 19th century. To this day it offers a relaxing, very British locale just minutes outside Cambridge, where customers can have a drink and light meal in the open air. A nearby pavilion serves tea, scones and other treats. (Geoff Ziezulewicz/Stars and Stripes)

The Orchard tea garden in Grantchester, England, has been around since the 19th century. To this day it offers a relaxing, very British locale just minutes outside Cambridge, where customers can have a drink and light meal in the open air. A nearby pavilion serves tea, scones and other treats. (Geoff Ziezulewicz/Stars and Stripes) 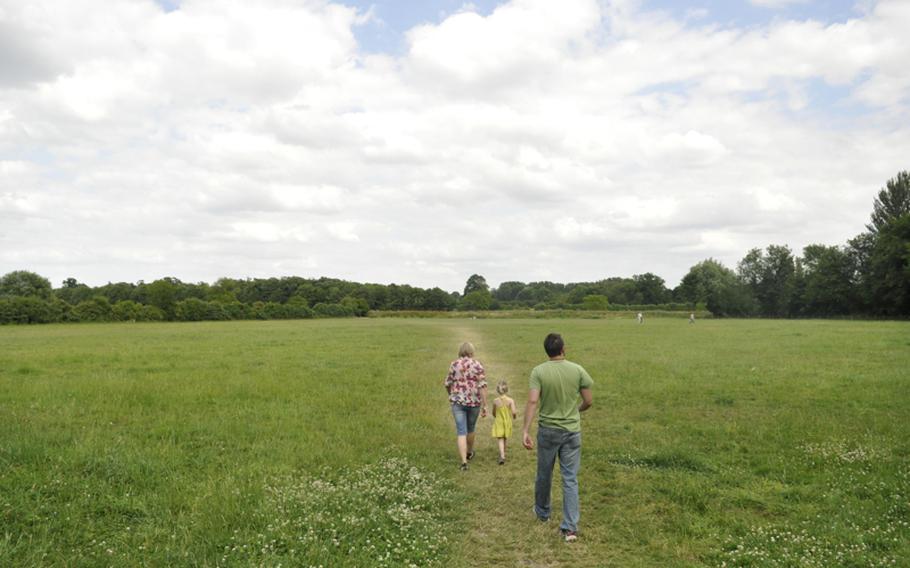 The Orchard at Grantchester, England, is a charming place for a day out. It abuts a wide-open green that's perfect for a summertime stroll. (Geoff Ziezulewicz/Stars and Stripes) 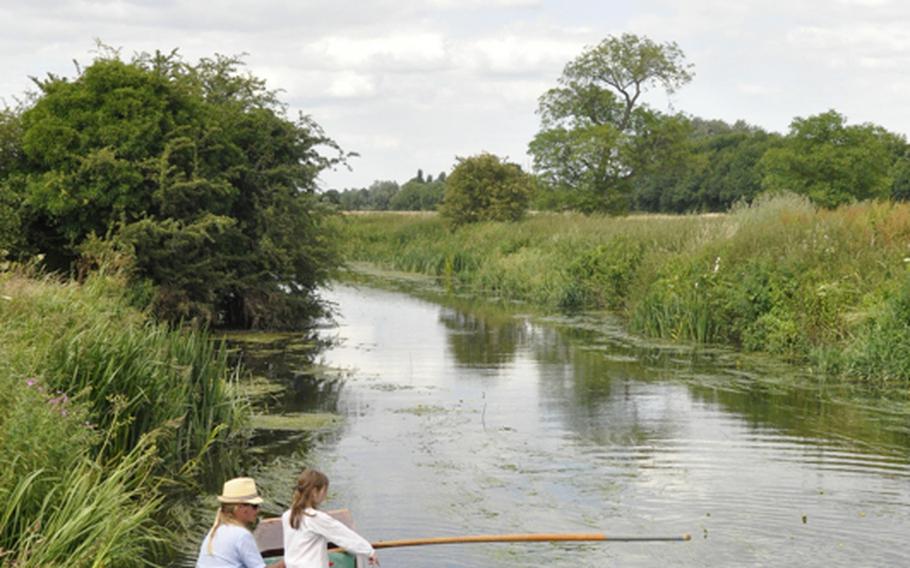 The Orchard tea garden sits near the River Cam. Those boating from nearby Cambridge can stop by the orchard for a bite to eat or a refreshing drink as they glide down the river. (Geoff Ziezulewicz/Stars and Stripes)

Whether you are a newcomer to England or someone who has been here for a while, there is one golden rule to keep in mind: Savor the flavor of the British summer, because it won&rsquo;t last long.

The much ballyhooed &ldquo;six weeks of summer&rdquo; in the U.K. is often less than that. Unseasonable chills or torrential rains pop up frequently during the summer, so any sunny day must be used to its fullest. It might be awhile until you see the sun or feel its golden heat again, so get out there when the weather allows.

One good place to check out on days when good weather beckons is The Orchard of Grantchester, England, a sublimely quaint site to relax in and have a spot of tea just minutes outside Cambridge.

The Orchard Tea Garden consists of a charming apple orchard interspersed with tables and chairs. A caf&eacute; provides tea, scones and other snacks to be enjoyed under the trees&rsquo; overarching branches, which provide bits of shade in which to lounge. You can also get a light lunch, with a selection of beer, wine and cider.

Even when a lot of people are there, as they will be on any nice day, the orchard never feels crowded because the mix of large and small tables is strategically placed throughout the orchard, giving visitors their own cozy nooks in which to relax.

The orchard is connected to wide-open fields with walking trails that abut the River Cam. The whole experience is distinctly British, and a great way to take advantage of the summer.

The orchard was planted in 1868 and became a tea garden by chance. A group of Cambridge students asked the owner of the adjacent Orchard House if they could take their tea from the building and enjoy it within the orchard&rsquo;s verdant confines. The owner acquiesced, and a great Cambridge tradition was started.

In the years leading up to World War I, the orchard and its tea pavilion became a destination of choice for an eclectic group of future cultural and intellectual icons that included novelist Virginia Woolf and economist John Maynard Keynes.

These days, the orchard also hosts a variety of outdoor performances when the weather permits, everything from snippets of Shakespeare to Mozart recitals. The grounds&rsquo; owners have left pruning to a minimum, allowing the orchard to flourish in an overgrown, leafy state that gives a relaxed feeling not much different from what the first patrons enjoyed more than 100 years ago.