Grandson of Enola Gay pilot takes to skies in B-2 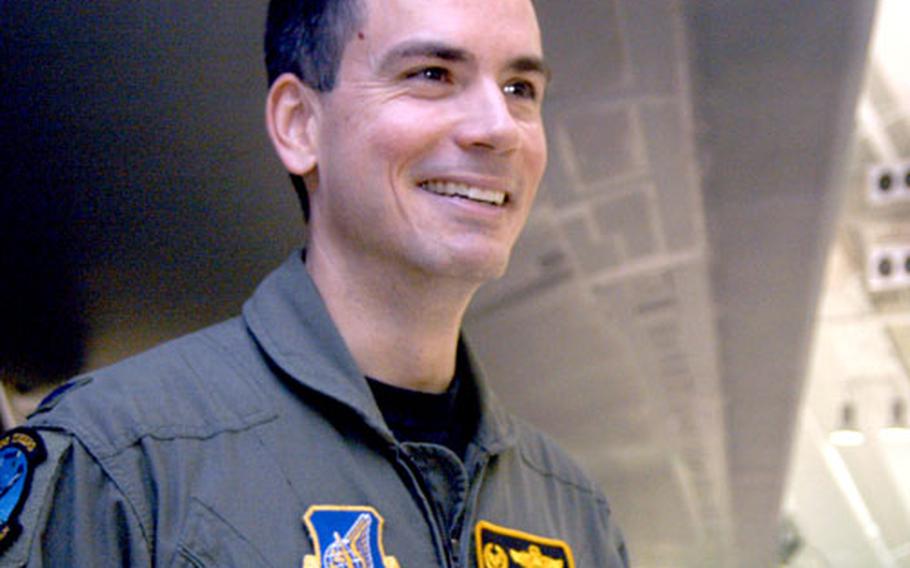 Lt. Col. Paul Tibbets stands outside one of four B-2 bombers on rotation at Andersen Air Force Base in Guam. (Allison Batdorff / S&S)

Tibbets is the grandson of Brig. Gen. Paul Tibbets, who piloted Enola Gay, the B-29 bomber used to drop the atomic bomb on Hiroshima during World War II in 1945.

A climate-controlled hangar was built recently to house the B-2s, but all four cannot fit in at once. The $32 million hangar was built to house both the B-2 and other bombers here as part of a &#8220;continuous bomber presence&#8221; on Guam.

This is the squadron&#8217;s second rotation; the first was a year ago.

This time, the maintainers said, they brought more replacement parts with them because they are hard to get on Guam.

Even so, the B-2s are doing well here, Tibbets said. For instance, the group recently completed a 10,000-mile, 24-hour sortie to Alaska and back during the &#8220;Northern Edge&#8221; exercise and has an overall 77 percent mission-capable rate, he said &#8212; meaning the percentage of the time the planes are ready to fly.