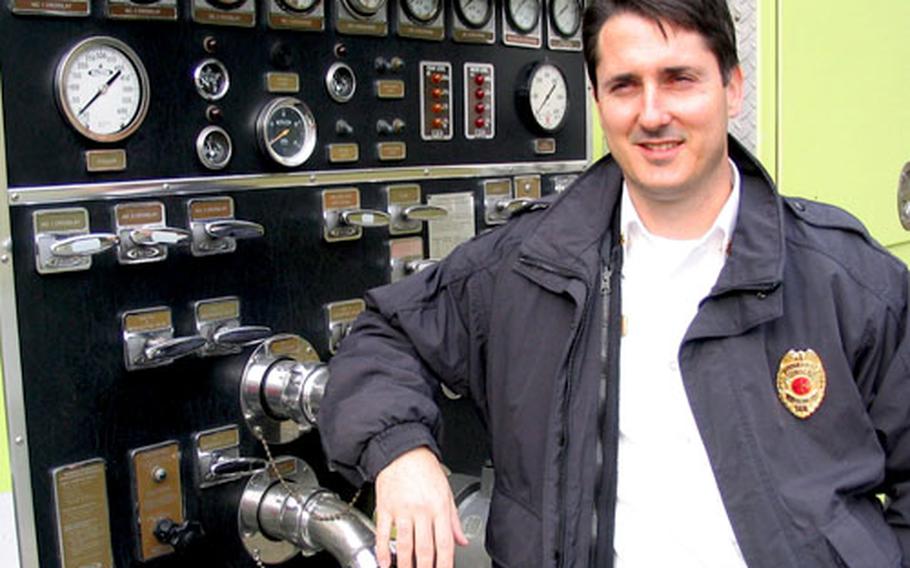 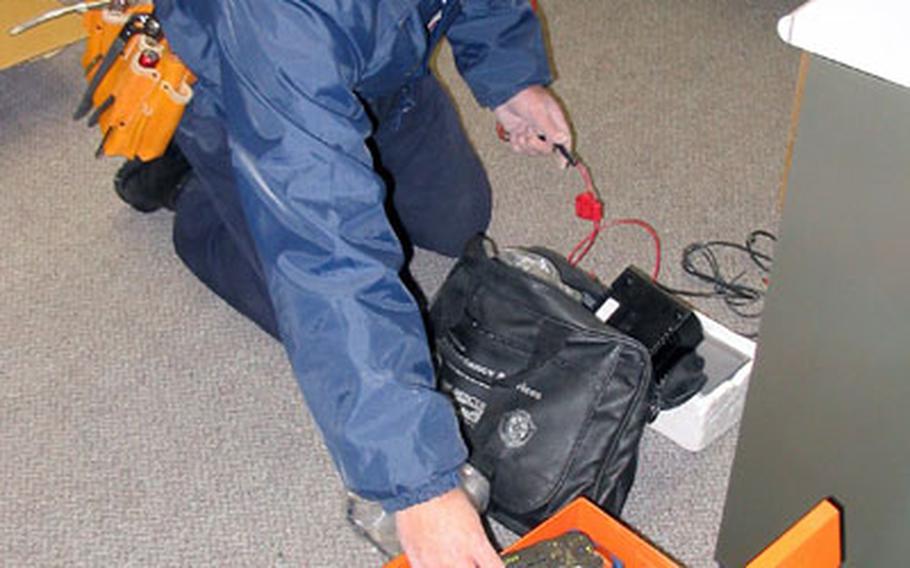 Shunsuke Matsuo, the skilled technician firefighters say can rig or repair anything, searches for the just right gadget among his tools on Tuesday afternoon while finishing some of the final wiring and other projects at Station 15. (Greg Tyler / S&S) 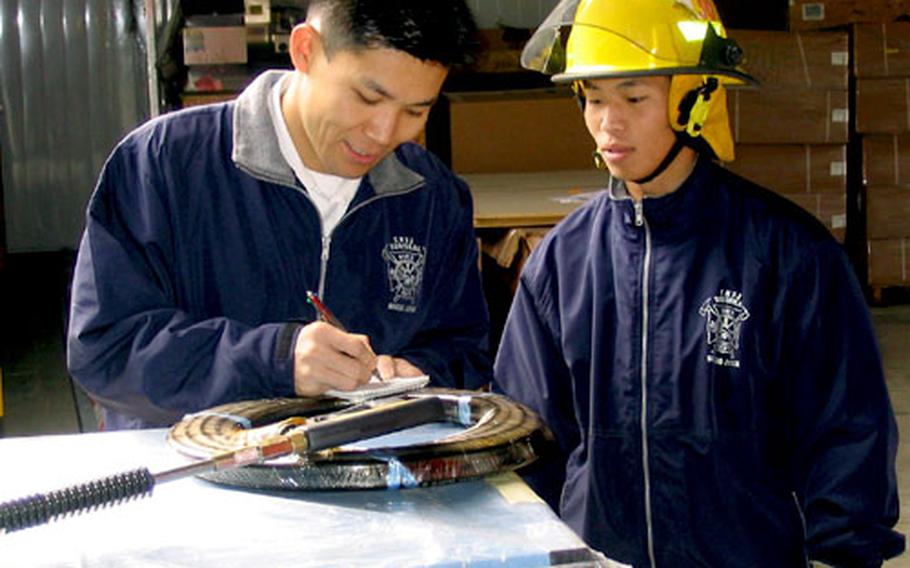 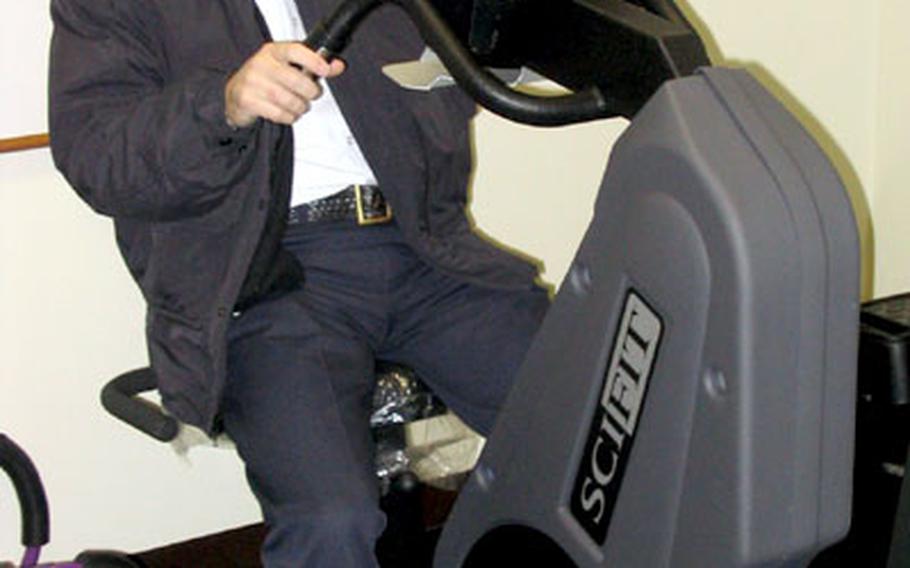 Assistant Fire Chief Jerry Clark climbs aboard and takes a closer look at the stationary bicycle that is just one of the heavy-duty pieces of exercise equipment located in the workout center at Station 15. (Greg Tyler / S&S) 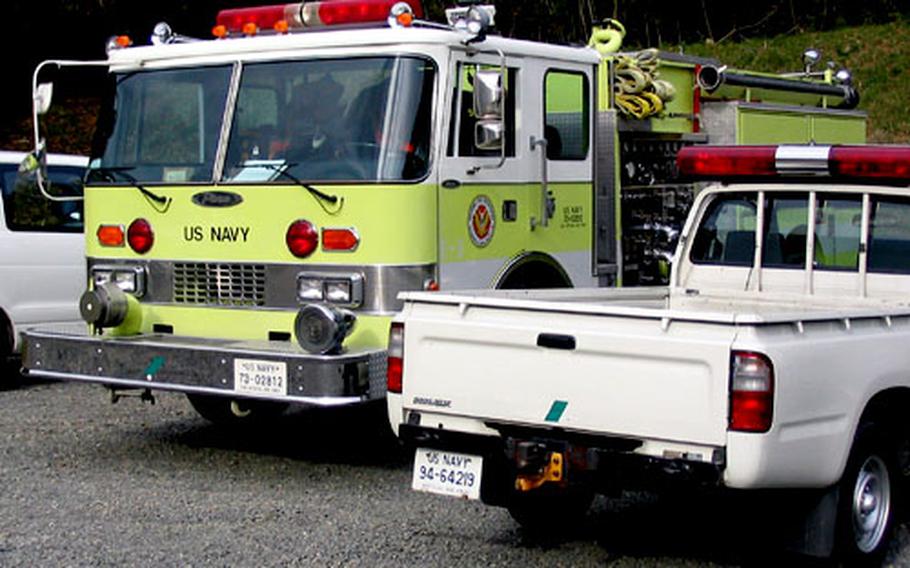 A grand-opening ceremony is slated for 11 a.m. Monday and will feature a ribbon cutting at the new 5,000-square-foot station.

Firefighters, invited guests and other base personnel will attend, some to see the recently completed station for the first time, Assistant Fire Chief Jerry Clark said.

&#8220;The new station and the firefighters attached here maintain readiness 24/7 utilizing two shifts,&#8221; Clark said. &#8220;Even though the building has two large stalls for fire engines, this station will function as a single-engine company for the foreseeable future.&#8221;

Station 15 was funded under a slightly different process than most structures on U.S. bases in Japan.

&#8220;Almost all new buildings are built and paid for by the Japan Defense Facilities Administration Agency, but this time we handled the entire project,&#8221; Clark said.

The new station replaces a former one at the Harioshima Ordnance Facility, closed because it was in disrepair.