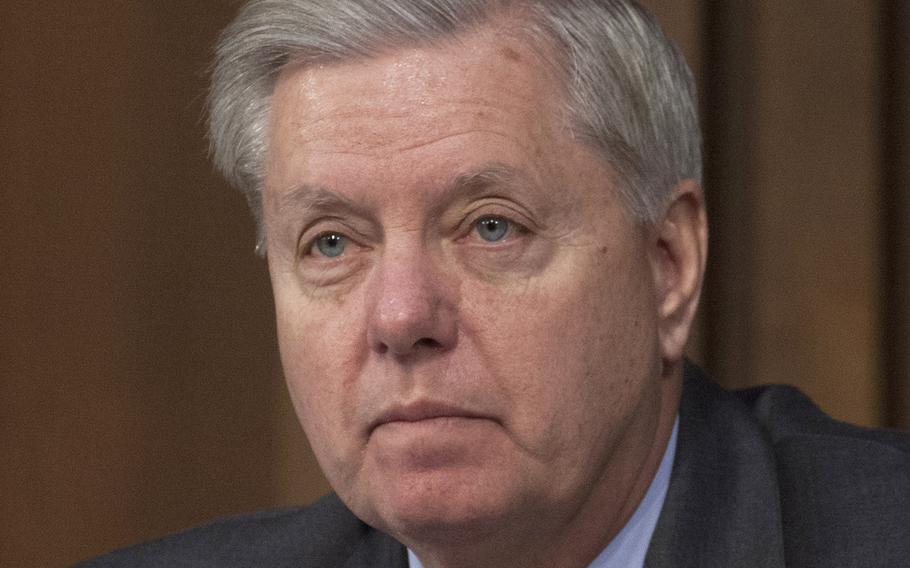 WASHINGTON – Sen. Lindsey Graham said Friday that Americans need to be prepared for more combat around the world as the rules of engagement against terrorist groups evolve under President Donald Trump’s administration.

Graham, R-S.C., also said there could be more military action in Africa, and didn’t rule out whether the ambush in Niger that killed four U.S. soldiers was a result of an intelligence failure.

The comments come at the end of a week of swirling questions and controversy over the Oct. 4 attack in Niger. Pentagon and White House officials have shared little detail on the events that led up to the deadly ambush, including how one soldier was apparently separated from his unit.

“I will just tell you in this specific case, contact was considered unlikely,” Mattis said Thursday at the Pentagon as he sought to quell speculation that Army Sgt. La David Johnson, who was found dead after a nearly 48-hour search, was left behind by his fellow soldiers.

Graham, who is on the Senate Armed Services Committee, said it’s still not clear whether the attack was the result of an intelligence failure.

“It’s too early to say,” he said. “But those are exactly the questions we should be asking ourselves.”

The controversy about ambush thickened when Trump faced questions earlier this week on why he hadn’t addressed the attacks for 12 days, which devolved into a debate over how the families of fallen soldiers are contacted by the president.

Mattis made an impromptu visit to Capitol Hill on Friday afternoon, a day after McCain threatened to issue a subpoena for more information on the Niger attack if details from the Pentagon were not more forthcoming. He met with McCain for a quick visit, after which the two jointly said they would be working together. Graham and Mattis met for about 30 minutes.

Following the meeting, Graham said the military will have the ability to use more flexibility to track the enemy.

He said the war strategy will build on what Obama started in some places, such as how the previous administration placed troops in Niger. But United States will build on that effort by giving the military more freedom in the field under loosened counterterrorism rules of engagement.

“This war is getting hot in places where it’s been cool,” Graham said. “The American public needs to get ready for more operations, not less.”

But Congress must be involved with these military decisions, or funding could be cut off, Graham warned.

“So as you expand the places we go, as you give more authority to designate terrorist groups, and more authority outside of the White House into the field, it will be more important to keep Congress more informed. Because if we don’t like what you are doing, we can cut off funding,” Graham said. “I will insist as the war expands and as the rules change to be more aggressive that Congress is informed more often and in more detail so we can exercise our Constitutional authority of whether we want to authorize this operation.”