Grafenwöhr soldiers welcomed back from Iraq 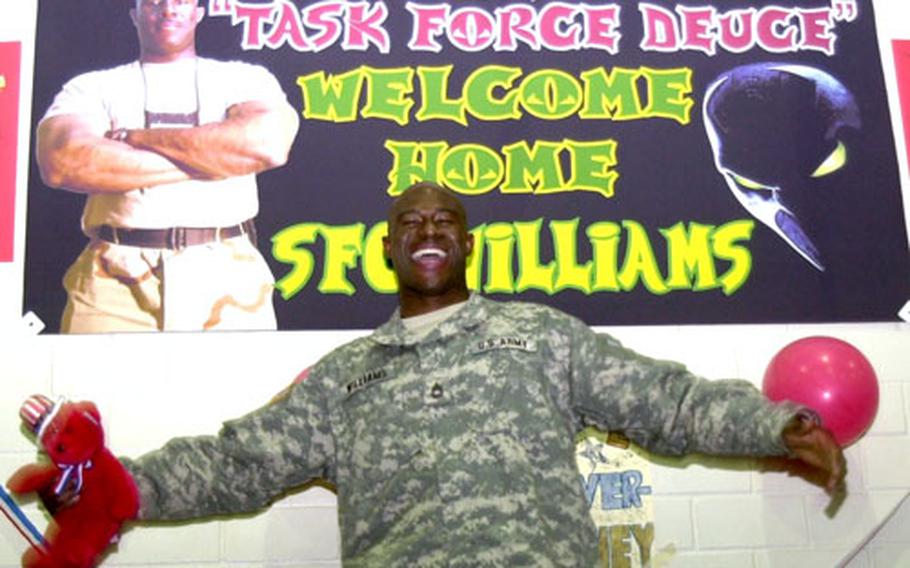 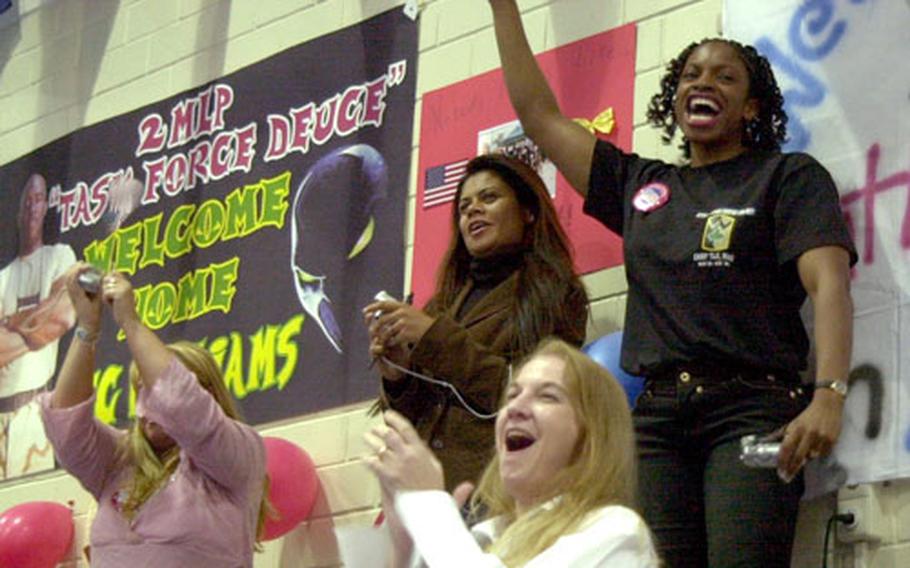 GRAFENW&#214;HR, Germany &#8212; The first year of married life is often billed as the toughest, but few newlyweds have had as tough a first year as Staff Sgt. Wayne Henderson and his Turkish bride, Ayten Say-Henderson.

The couple married in Denmark last year in August, weeks before Henderson deployed to Iraq with the 529th Ordnance Company.

Early Wednesday morning, Say-Henderson, 33, was waiting with other spouses in the Grafenw&#246;hr Field House when her husband arrived home, along with 111 other soldiers from his unit and nine from the 255th Medical Detachment.

For the past year, the couple&#8217;s relationship has been restricted to e-mails, the occasional phone call and two-weeks&#8217; midtour leave, which the couple spent at their home in F&#252;rth. They are planning a Christmas break with his family in Washington state.

Capt. Fran Taylor, 529th commander, said all of her soldiers made it home safely from the Iraq mission, which involved running ammunition holding areas and an ammunition supply point, as well as transporting supplies all over Anbar province.

The 3rd Platoon, 529th was attacked many times while driving palletized loading systems around Anbar, she said.

&#8220;Every mission they did was dangerous on those treacherous roads,&#8221; Taylor said. &#8220;They encountered at least five different complex attacks with improvised explosive devices and small arms.

&#8220;It was nerve-racking at first, but then you got into a routine and started anticipating what was going to happen.&#8221;

One of the 3rd Platoon soldiers, Sgt. 1st Class Robert Edwards, said the most satisfying part of the mission was bringing all his soldiers home safely.

Col. Martin Pitts, 7th Corps and Support Group commander, who met the returning soldiers at Grafenw&#246;hr, said the 529th worked &#8220;in some of the most dangerous places in Iraq ensuring U.S. and Iraqi forces had the supplies they needed.&#8221;