Grafenwöhr shoppers finding deals both on-base and off 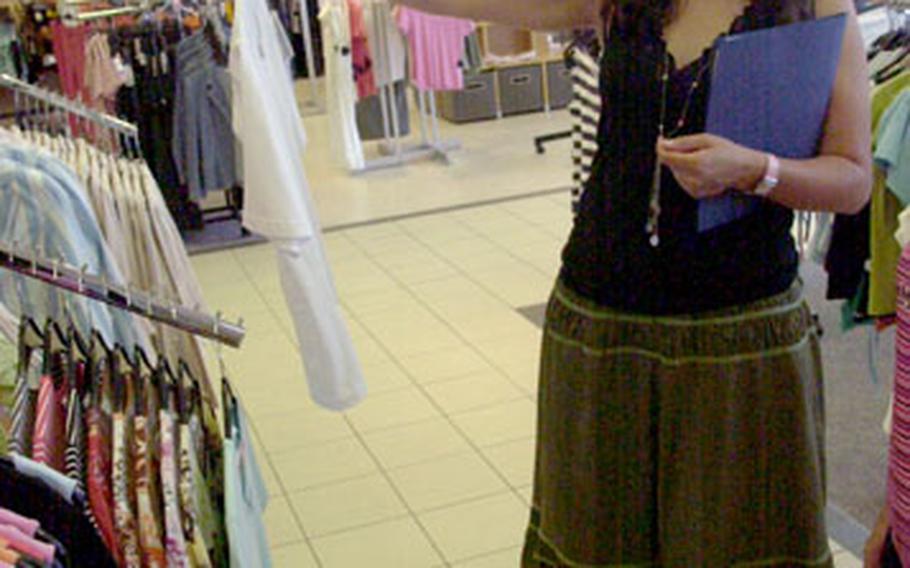 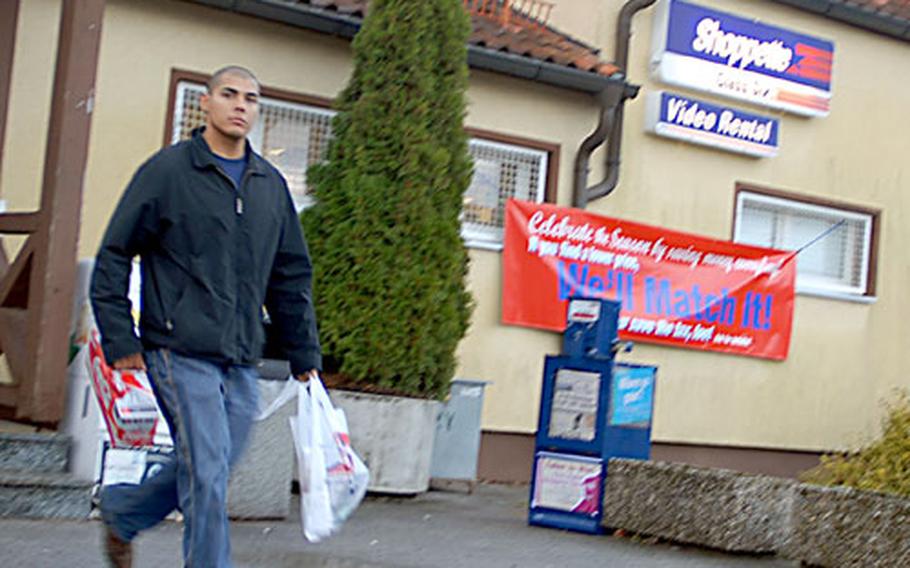 GRAFENW&#214;HR, Germany &#8212; Thousands of soldiers and family members who recently arrived in Germany as part of the 2nd Cavalry (Stryker) Regiment are finding out what most shoppers already know: On-post shopping is a good value, but if you want to stand out from the crowd, it pays to check out what German shops have to offer.

Second Cavalry (Stryker) Regiment spouse Daphne Lusk, 24, of Canton, Ga., who recently arrived in Vilseck, said Monday she buys most of her clothes and shoes off-post, mostly in the nearby town of Weiden.

&#8220;I wouldn&#8217;t buy my clothes on-post. The PX (Post Exchange) doesn&#8217;t have bigger clothes. Most of their sizes are small and what they have in big sizes is not very attractive. They have plenty of large sizes in the German stores,&#8221; said Lusk, whose last purchase was a purse bought at the Crown Jewel Bazaar on-post at Grafenw&#246;hr.

Angela Zimmerman, 21, of Lancaster, S.C., another recently-arrived 2nd Cav spouse shopping at Vilseck on Monday, said she does most of her shopping on-post because it&#8217;s closer and she doesn&#8217;t have her driver&#8217;s license yet.

So far most of Zimmerman&#8217;s purchases in Germany have been from the PX for her 9-month-old son, Azriel Dominyck, she said.

&#8220;They don&#8217;t really have anything that suits me. There is a fashion sense that is widespread through the female population here and I try not to follow that if I can. I like more alternative punk/gothic type stuff,&#8221; said Zimmerman, who has a pierced nose and lip.

A big attraction of on-post shopping, aside from the tax-free prices, is the familiar American brands, he said.

The Army and Air Force Exchange Service (AAFES) has great deals on American brands. For example, AAFES stores save customers 25 to 35 percent on the cost of Columbia clothing.

AAFES also has its own product lines such as R&R, which makes low-cost clothing, he said.

&#8220;There are unique items that the German economy has to offer. Of course they (shoppers) are going to enjoy going off post for that but we have vendors who can provide some of those items on post,&#8221; he said.

AAFES stocks its stores based on the demographics of communities. At Vilseck the PX focuses on small families and the 18 to 24 age group, he said.

This winter, for example, the PXtra at Vilseck is selling Burton snowboards and bindings ($269), although people will have to go off-post to buy boots and ski equipment, he said.

The new PX under construction at Grafenw&#246;hr will allow AAFES to offer more product lines to its customers in the area, Mennona added.

How do PX prices compare with those at German stores?