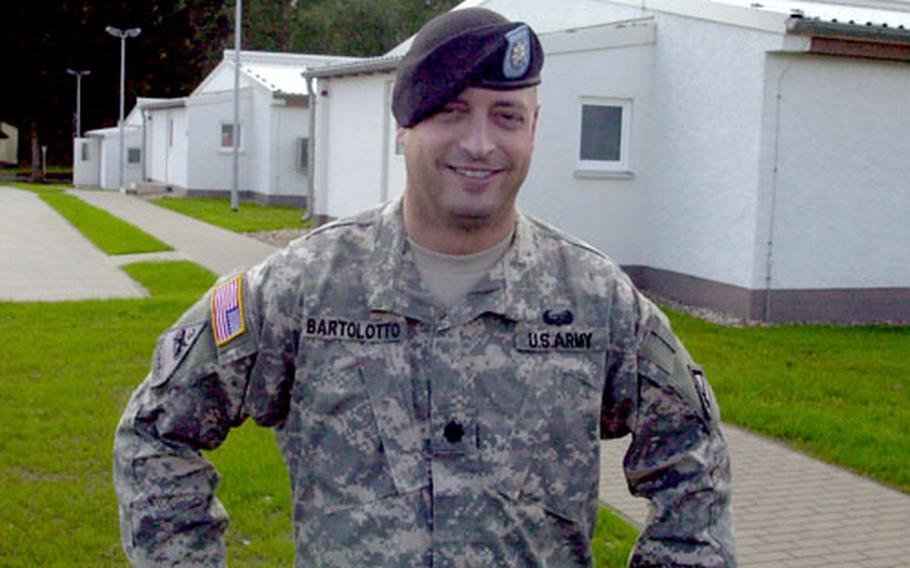 &#8220;We have been working closely with the JMTC over the past two months to integrate with them to become more relevant to what they need,&#8221; 3747th deputy commander Lt. Col. John Bartolotto said Wednesday of the move, which will see the Schwetzingen-based 7th Army Reserve Command hand operational control of the unit to JMTC.

The Camp Normandy-based 3747th has a 128-member staff, mostly reserve soldiers, who train active-duty and other reserve soldiers of all ranks as well as civilians. The 3747th offers a range of courses including:

The 3747th will continue to teach the ILE course and the General Studies Battalion courses under JMTC and will soon add a civil affairs MOS course, Bartolotto said.

The 3747th also recently started individual readiness training for soldiers, civilians and contractors going to Iraq, Afghanistan, Kosovo and Djibouti, among other places. The course teaches everything from how to guard against improvised explosive devices to searching prisoners of war. A total of 55 people go through the course every two weeks. So far, more than 2,000 people have taken it this year, he said. The 3747th is welcoming back 35 soldiers who recently returned or will soon return from a year in Iraq supporting V Corps this year, Bartolotto said.

The brigade, which celebrated its 50th anniversary in June, is gradually occupying a collection of 17 newly renovated classroom buildings at Camp Normandy. Since 2001 the Army has spent $2 million on the renovation project, Bartolotto said.

A typical 3747th soldier is Maj. Aaron Justice, 33, who, with his German wife and two children lives in Bamberg where he works for an American company helping plan transformation of U.S. military bases in Europe.

Justice, who served five-years of active duty with the 54th Engineer Battalion and the Directorate of Public Works in Bamberg, said reserve soldiers in Europe know their mission better than reserve soldiers in the U.S. because of the close relationship with active-duty units here.

European reserve soldiers have a lot of camaraderie because they are such a small community, he added.

There are about 1,000 reserve soldiers within 7th ARCOM spread throughout Europe, Bartolotto said.