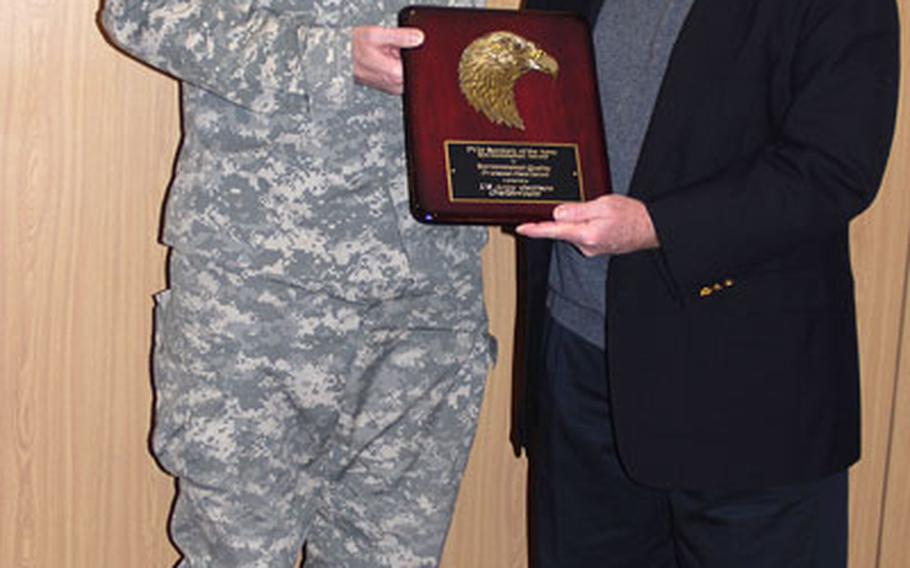 GRAFENW&#214;HR, Germany &#8212; Environmental protection programs inside Grafenw&#246;hr&#8217;s training area have been awarded the secretary of the Army&#8217;s highest environmental award for overseas installations.

&#8220;The U.S. Army has a very high reputation for its environmental actions around the country and throughout the world. We go out of our way to do more than we are expected to do for the environment,&#8221; Eastin said.

&#8220;They want to see that we reach out to the community to make environmental protection easy for the soldiers who come to Grafenw&#246;hr,&#8221; he said.

The Environmental Division, which has a $4 million budget and a 15-person staff, has introduced a range of measures to safeguard water and soil and protect threatened species in the training area. Among them:

Reviewing the impact of Strykers on the training area compared to tanks and other tracked vehicles.20 concrete refueling pads to prevent oil and other toxic substances leaking into water and soil.A $600,000 hard-target holding area where up to 150 old tanks are stored before they are sent to the range as targets. Hazardous substances such as fuel batteries and grease are removed before the tanks go to the range.A tunnel that allows animals, including beavers, frogs and boars to cross safely underneath the tank trail.Habitats for bats and owls in old electrical transformer towers and basements of abandoned villages in the training area.More than 700 threatened or endangered species are found in the training area, including the yellow-bellied toad, blue-winged grasshopper, black storks and osprey. Last year, foresters reported seeing geese in the training area &#8212; something that had not happened for centuries, Haertel said.

The Environmental Division is preparing an application for the highest award available to U.S. military environmental programs &#8212; the Department of Defense environmental award, he said.