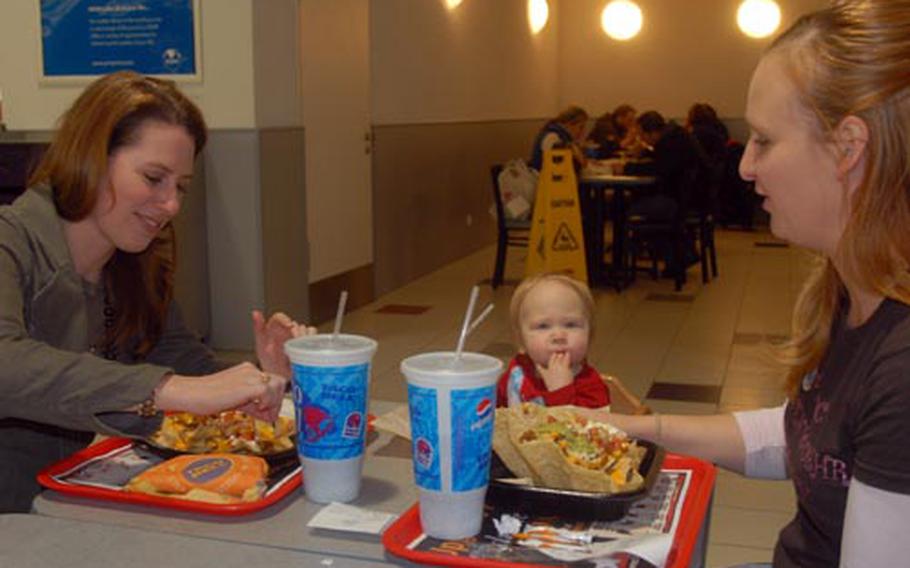 The Associated Press reported Wednesday that U.S. businesses cut more than 500,000 jobs in November, pushing the unemployment rate to 6.7 percent. Many experts believe unemployment will surpass 8 percent by late next year.

Morale, Welfare and Recreation has hundreds of vacant positions and has had to cut back hours because of the labor shortage, according to director Audre Binder.

"We are short everywhere &#8212; recreation particularly," she said.

Part of the reason for the large number of vacancies is the rapid expansion of the base, she said. Over the summer, thousands of soldiers and family members moved to Grafenw&#246;hr from Schweinfurt with the 172nd Infantry Brigade, and even more are expected after the unit returns from Iraq.

"A lot of programs are expanding as we add more people," Binder said.

Garrison activities such as MWR draw their employees primarily from soldiers&#8217; families, she said.

"A lot of soldiers are moving and taking family members with them. With the transition we are experiencing (the return of 2nd Cav and deployment of the 172nd to Iraq this month) we have family members more interested in being with their soldier," she said.

Mennona said AAFES will even consider hiring school-age employees, although there are some restrictions on work they can do.

Grafenw&#246;hr military spouse Jennifer Berlin, 28, of Bradenton, Fla., who works for the Service Credit Union, said many spouses don&#8217;t know the jobs are out there.

"Spouses want to be busy because their husbands are either deployed or training to deploy and you need something to keep occupied," Berlin said. "But a lot of new spouses come in and they don&#8217;t mention anything about [jobs] during the newcomers&#8217; briefing."

"For my job, it took a month to six weeks just to get registered. It is a very labor-intensive process even to be eligible to apply," she said.

People who want to apply for AAFES&#8217; jobs can visit the human resource office in Building 211 or apply online for a specific job, at www.aafes.com.

MWR job applications are available at MWR facilities and on the garrison Web site (www.grafenwoehr.army.mil).

Applicants must file their applications at the nonappropriated fund civilian personnel office in Building 244.