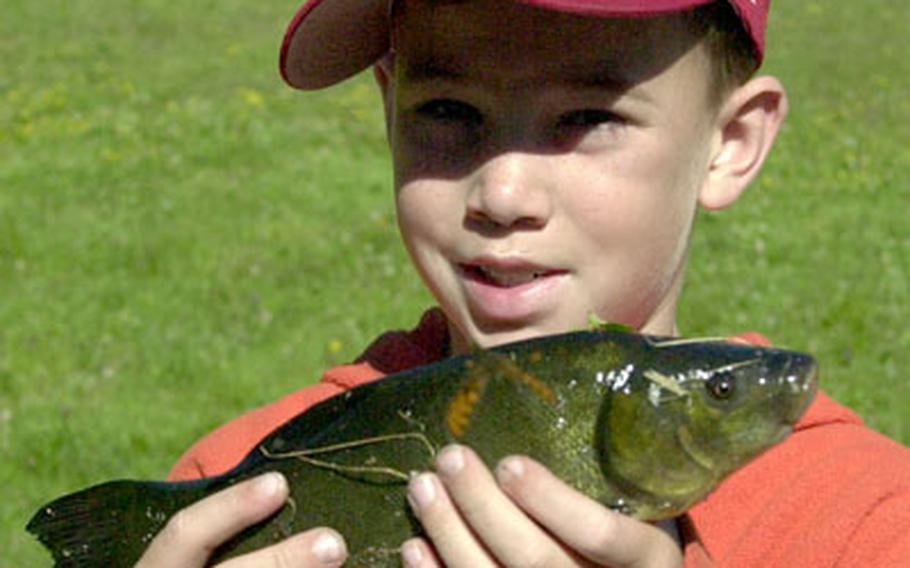 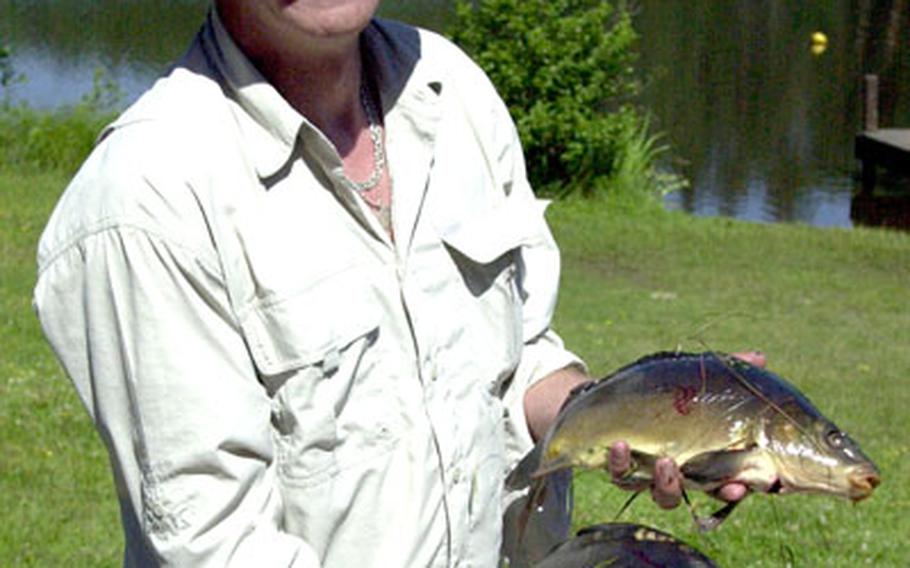 GRAFENW&#214;HR, Germany &#8212; The Grafenw&#246;hr Outdoor Recreation Center held a Fourth of July fishing contest with the hope of getting some 2nd Cavalry (Stryker) Regiment soldiers hooked on the outdoors.

Tuesday&#8217;s contest drew 28 competitors to Dick Hauter Lake, one of 11 lakes and three fishing streams within the training area that are home to a wide variety of species including brook, rainbow and brown trout; pike; walleye; eel; carp; and catfish.

The Outdoor Recreation Center, which recently won the U.S. Army Europe award for best large recreation program in Europe, also may offer a fall hunting class that would give the Stryker soldiers the chance to get a German hunting license, he added.

Participants in Tuesday&#8217;s contest, which was open to non-license holders, appeared to enjoy the on-post fishing despite mixed results.

Vilseck High School student Justin Oney, 17, said all he caught was a small fish the size of his thumb.

By the time the contest finished, the only successful youngster was Grafenw&#246;hr Elementary School student Nicholas Serrano, 9, who caught a small green fish called a Schleie.

To sign up for the fishing class, call the Outdoor Recreation Center at: 475-7402.