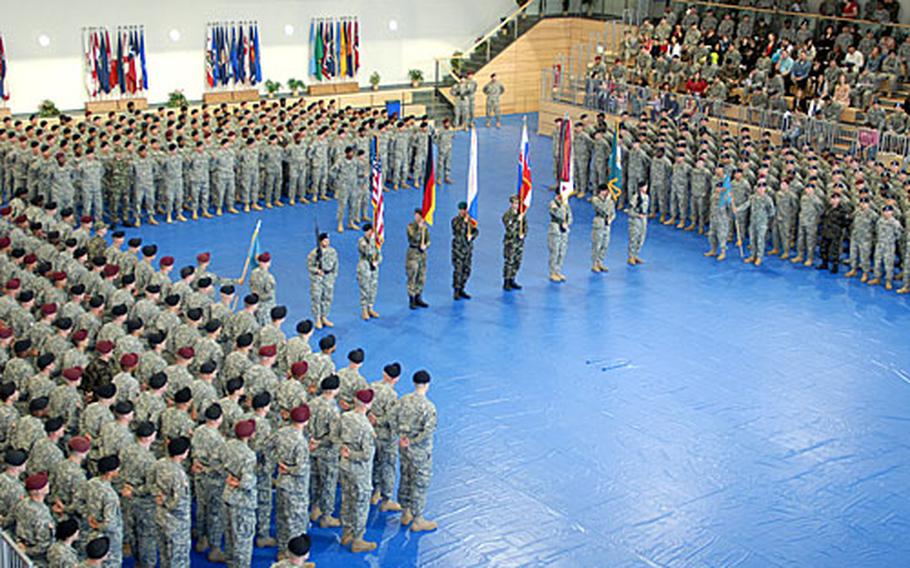 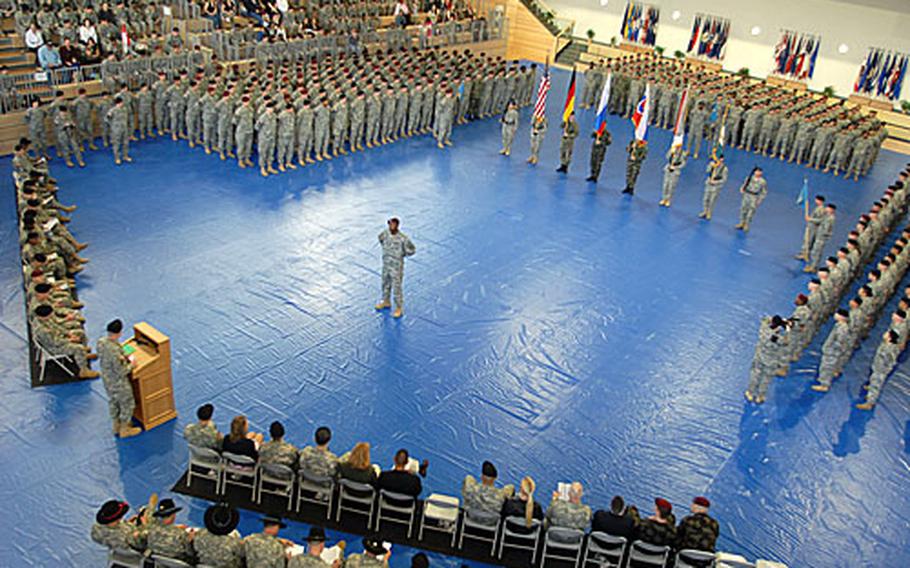 A total of 424 noncommssioned officers graduated from the Warrior Leaders Course at Grafenwöhr, Germany, on Thursday. (Seth Robson / S&S) 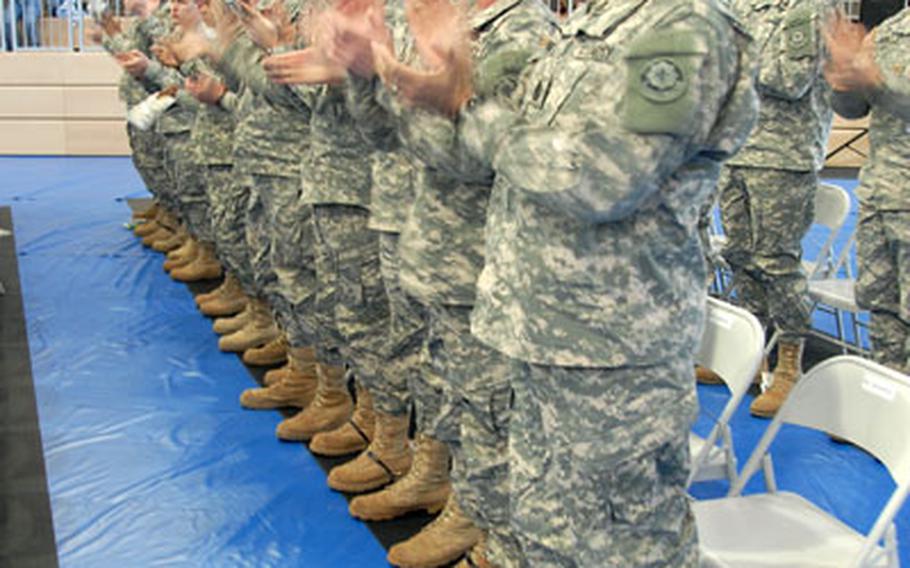 They&#8217;ve both been shot with simulated ammunition.

Mitchell said he was shot with Blue Bolt simunition &#8212; a nonlethal wax bullet &#8212; that was used for the first time during the academy&#8217;s latest Warriors Leaders Course. The tough enlisted leader said he took a simunition bullet so he&#8217;d know what NCOs experience when they train with it.

&#8220;It feels like someone holding a thick rubber band and snapping it against your skin. It stings, but it doesn&#8217;t leave a welt,&#8221; he said Wednesday after a ceremony to graduate 424 NCOs from the academy.

The simunition, which can be used with M-16 and M-4 rifles, adds realism to the field exercise that all Warrior Leaders Course graduates must complete. During the exercise, the NCOs went up against other soldiers armed with simunition in a military operations in urban terrain site at Grafenw&#246;hr, he said.

The latest eight-day field exercise put NCOs in situations they might face in Afghanistan or Iraq. But the training is nothing new to many of the graduates, Mitchell said.

The Warrior Leaders Course teaches NCOs how to lead a squad of soldiers in a tactical environment. It is also a prerequisite for promotion to staff sergeant.

Retired Command Sgt. Maj. Gerald Parks, a 30-year Army veteran, told the graduating NCOs that their role is more demanding than it was in his day.

&#8220;My job was to lead a squad and engage the enemy with fire and maneuver. Your actions in today&#8217;s Army can have far-reaching strategic implications and could reflect on your country.

The Army has given each NCO an awesome responsibility as a leader, he said.