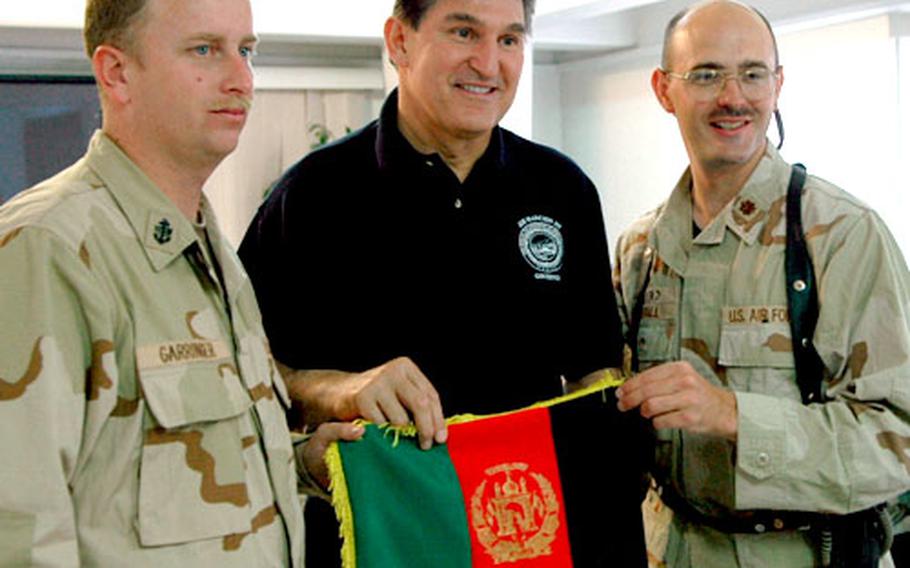 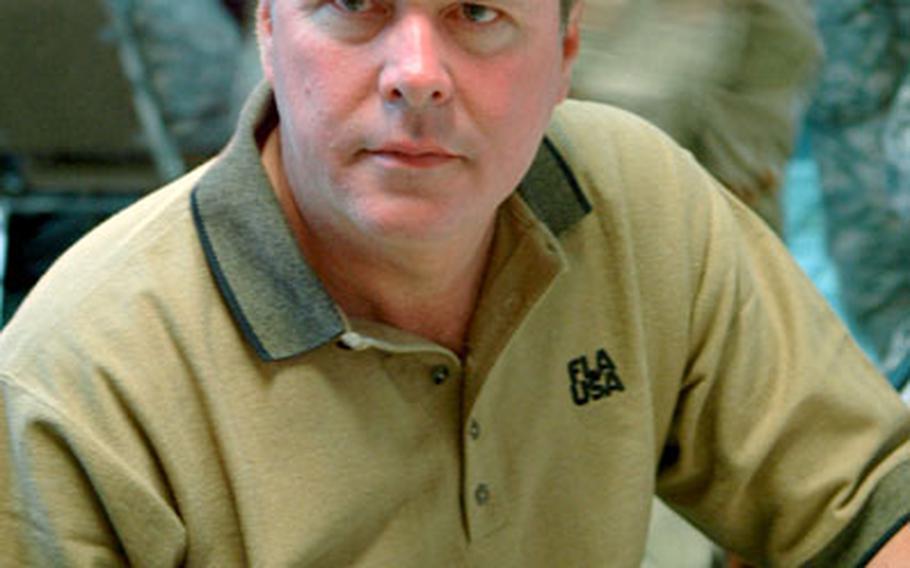 During their time in Afghanistan, the governors also met with Afghan President Hamid Karzai, local governors and American military leaders and servicemembers.

On Monday morning, the four sat down to an informal breakfast at Camp Eggers with servicemembers from their respective states. During the breakfast meeting, servicemembers, many of whom were National Guardsmen, talked with the governors about their jobs, their concerns, their home states and their families.

During such trips, he said, governors meet with American and local officials, active-duty servicemembers and National Guardsmen in an attempt to understand what conditions military personnel face. To that end, Blum said, the governors take housing on military bases and eat at military dining facilities.

Bush said he&#8217;d been able to learn much from his visits to both Iraq and Afghanistan.

Servicemembers at the event were universally supportive of the governors&#8217; visit.

&#8220;I think this is great, for them to take time out of their busy schedules to come and give us extra moral support,&#8221; said Sgt. Maj. Walter Jarrett, 48, an active-duty soldier from Kissimmee, Fla.

Spc. Ruth Wilburn, 24, a member of the Indiana Army National Guard from Madison, Ind., said she enjoyed talking to her governor about what&#8217;s going on back home.

Iowa Army National Guardsman Sgt. 1st Class Tim McCollum, 40, of Des Moines, said the visit &#8220;showed that the governors came here to show their support for their troops that deployed. I think they really appreciate what we&#8217;re doing here and know what we&#8217;re going through, unlike the people back home.&#8221;

And Air Force Maj. JD Duvall, 36, a native of Chesapeake, W.Va., and one of only two West Virginian servicemembers in attendance, said he got something unique out of the experience: a box of Montecristo cigars, bought by his father and delivered personally by Manchin.