Government shutdown delayed mail to some AF bases in Europe 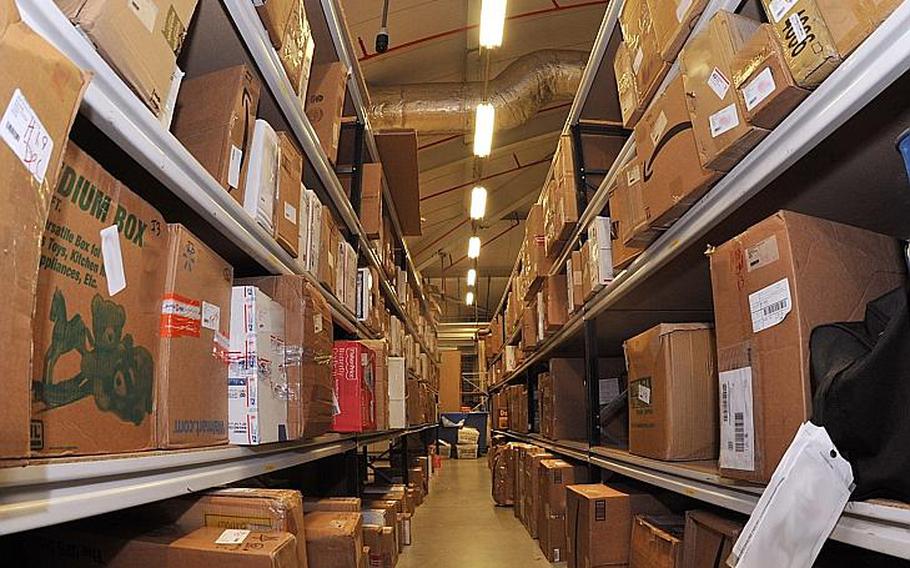 Some packages sent to certain European Air Force bases have been delayed because of the partial government shutdown in October. The shutdown interrupted funding for the shipment of standard mail overseas. (Jerilyn Quintanilla/U.S. Air Force)

RAF MILDENHALL, England — Military mail delivery to some Air Force bases in Europe has still not recovered from the partial government shutdown and customers can expect to wait until mid-November for some of their delayed mail to arrive.

About 120,000 pounds of standard mail could not be shipped from the U.S. to Air Force bases in the U.K. and Germany, as well as a few small bases, because of the shutdown in early October, military postal officials said.

Standard mail is a cheaper form of shipping that travels by ground in the U.S. and is sent to some Air Force bases by boat, said William Hossack, postal operations branch chief at Ramstein. Letters and priority mail were not affected, he said.

The entire backlog was sent to Europe on Tuesday and should start arriving in people’s mailboxes about mid-November, officials said.

“It’s probably not all going to arrive at each APO in one day,” Hossack said, noting that the same trucks used to move this backlog to the bases also handle daily air mail. “It might be spread out over a two (to) three day period.”

When lawmakers restored the government’s borrowing capacity on Oct. 17, other branches of service were able to get their mail shipped out within a few days, but an accounting problem further delayed the Air Force’s mail, said Wendell Shaw, a postal official with the Joint Military Postal Activity-Atlantic, in a phone interview.

An Air Force official at the Pentagon said the delay stemmed from the wording of the account used to fund the shipment, causing the Air Force to miss the “weekly shipping deadline by a few hours.”

“The Air Force line of accounting was submitted on time and included language that FY14 funds would be available as soon as an appropriation or continuing resolution passed,” the official wrote in an email. “This additional language created a misunderstanding which delayed processing for Air Force bulk mail to Europe via surface mail containers.”

“To our knowledge” no bases outside Europe were affected, the official wrote.