Gorenc set to retire after leading USAFE-AFAFRICA since 2013 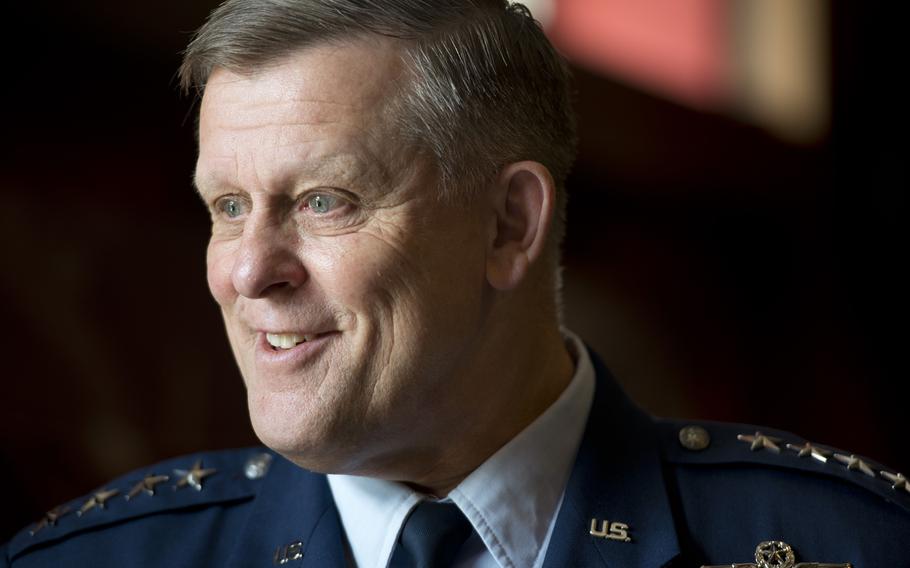 Gen. Frank Gorenc, commander of U.S. Air Forces in Europe-Air Forces Africa, answers questions during an interview at Ramstein Air Base, Germany, on Monday, May 9, 2016. Gorenc, 58, is scheduled to retire soon. (Michael B. Keller/Stars and Stri)

KAISERSLAUTERN, Germany — The Air Force will soon have a new officer at the helm in Europe.

Further details, such as who his successor might be and a date for the change of command, are pending, the official said.

Gorenc, 58, has served in the Air Force for 37 years. He’s commanded USAFE/AFAFRICA and Allied Air Command — the air component of NATO — since August 2013.

Gorenc led the Air Force in Europe and Africa at a pivotal time, overseeing the command during Russia’s invasion and annexation of Ukraine’s Crimean Peninsula, a move that led to heightened military tensions in eastern Europe and additional deployments of Air Force assets to Europe, including the first deployment of F-22s to the Continent.

Gorenc rose to the highest echelon within the Air Force after coming from humble beginnings. His family emigrated from Slovenia, then part of the former Yugoslavia, to the United States when he was 4.