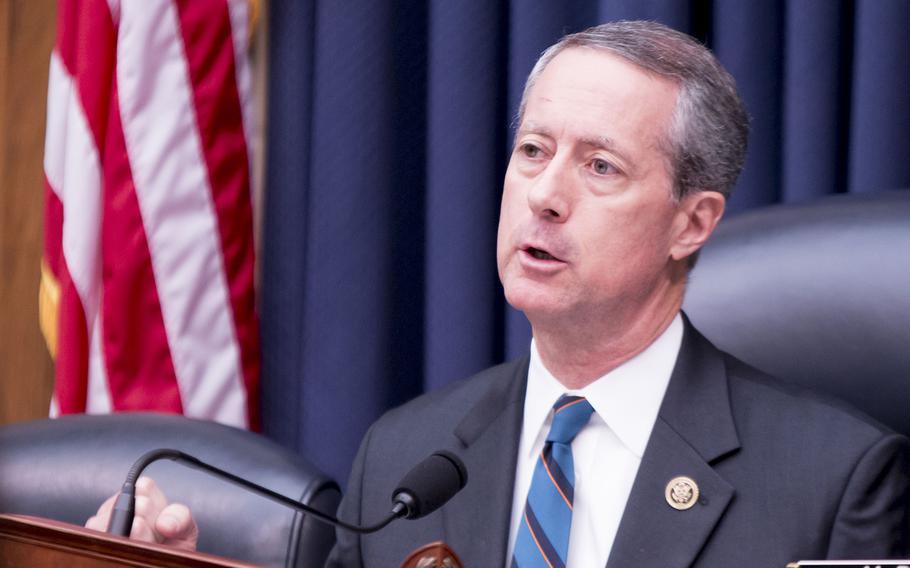 WASHINGTON — One big question surrounding this year’s defense budget has been how Republicans will pay for the additional soldiers, troop pay raise and new hardware they want while staying within the strict limits Congress has imposed on spending.

The answer: Only fund the Islamic State war through next April, instead of a full year.

Rep. Mac Thornberry, R-Texas, the chairman of the Armed Services Committee, said Thursday that providing only partial funding of the war in 2017 will allow Republicans to spend $18 billion more than the Pentagon requested for non-war operations. It would also allow the party to stay within the federal spending limits Congress agreed to last fall to ease the political gridlock, which has tangled up the budget for years.

Thornberry said the next president and Congress will be left to work out a new agreement to fund the war in Iraq and Syria – as well as any continuing operations in Afghanistan – for the remainder of 2017.

The plan is being rolled into the annual National Defense Authorization Act, which sets defense policy, as the House Armed Services Committee plans to hammer out its version of the massive bill next week.

Thornberry’s committee pushed ahead Wednesday with a $610-billion budget bill that adds 20,000 soldiers to the Army’s proposed budget and a 2.1 percent pay raise, the highest increase in years.

It is a shrewd move by Republicans who had earlier attempted to skirt the agreed-to budget caps using the war fund, called Overseas Contingency Operations, by arguing the cap on the fund was actually supposed to be a minimum spending amount.

The short-term war budget could also lead to a new twist on a common problem for a divided Congress that has increasingly struggled with crises created by short-term spending measures – a fiscal cliff for the war effort.

Thornberry laid the blame for the budget maneuvering at Obama’s feet, saying the administration did not request enough money in the overseas war fund to cover costs.

“There is not enough OCO left to pay for the activities that the president has asked for [during] the whole fiscal year,” he said.

The chairman and his counterpart on the Senate Armed Services Committee, Sen. John McCain, R-Ariz., have decried what they consider anemic military funding and overall declining readiness in the face of increasing security risks around the world. But Congress has tied its own hands with spending limits, mostly championed by fiscally conservative Republicans.

“Unfortunately, the president’s defense budget request for the coming fiscal year does little to nothing to address this problem,” McCain said Wednesday on the Senate floor. “Instead, it continues down the dangerous path of budgeting based not on what our military needs, but on what arbitrary defense spending constraints allow.”

Thornberry and McCain have called for reversing the Army’s plans to draw down end strength from 492,000 to 450,000 and pumping more money into programs such as Marine Corps aviation maintenance, which is suffering with parts shortages. The Army announced the three-year drawdown last summer as a cost-cutting measure that will ultimately save $7 billion.