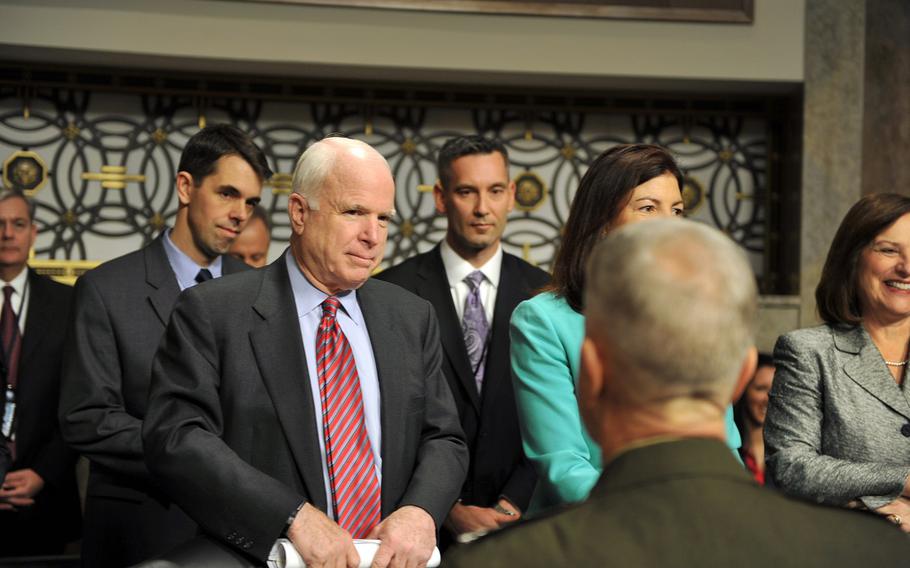 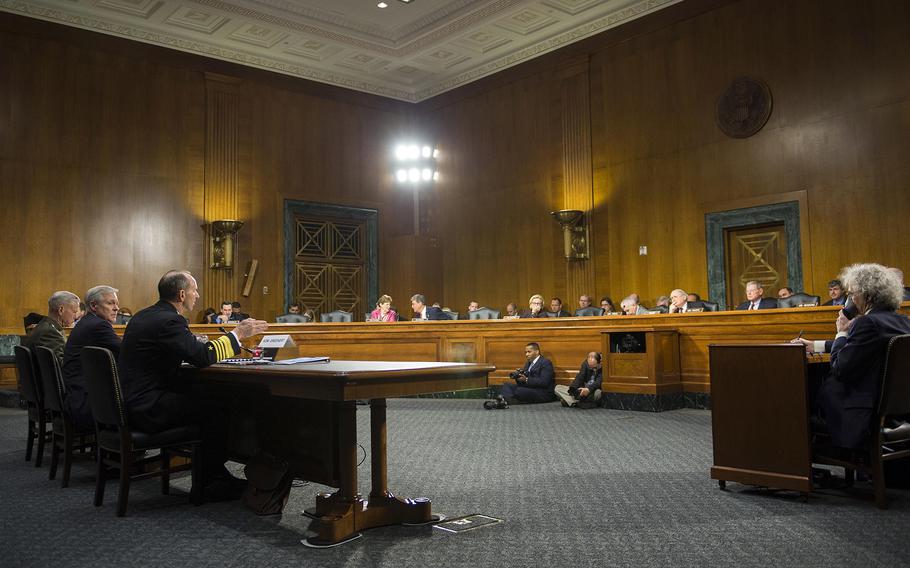 WASHINGTON — A funny thing happens when Senate Republicans are asked if they support continuing sequestration into the 2014 fiscal year. Nearly unanimously, they say, “Yes.”

But when asked if they support sequestration specifically for the Defense Department, the answer becomes, “Well …”

Interviews with more than a dozen GOP senators, including several on the Senate Armed Services Committee, show near-unanimity that if sequestration does continue as a result of the current budget conference talks between the House and Senate, then it should at least be modified for the DOD.

The most popular modification: Giving Defense officials flexibility to manage the cuts, instead of trying to cope with arbitrary, across-the-board cuts that impact all programs equally regardless of the Pentagon’s planning and budgeting strategies.

“We’ve got to give them flexibility in the short term, and replace (sequestration) in the long term, before it destroys our military,” said Armed Services member Lindsey Graham of South Carolina. “This is the most ill-conceived idea coming out of an ill-conceived Congress. What you would have after a decade of sequestration is a devastated military. And I don’t see the next decade being a friendly decade.”

“We’ve got to at least give flexibility to the Defense Department to prioritize in a way that minimizes the impact,” added Sen. John McCain, R-Ariz., also a current SASC member.

Republicans not on the Armed Services panel said the same.

“There is going to be an effort to give the Pentagon some discretion,” said Sen. Pat Roberts of Kansas. “It’s not so much the amount (of the cuts), but the discretion.”

Sequestration — a series of forced federal spending cuts over 10 years, mandated in the 2011 Budget Control Act — took effect in March for the 2013 budget year, which ended Sept. 30. In the current fiscal year, sequestration would take a $50 billion slice out of the Pentagon budget in mid-January, to keep the base DOD budget to $475 billion as required by the BCA. The cuts could only be avoided if the bipartisan budget conferees come up with an alternate solution by the self-imposed deadline of mid-December.

Top officials of all four armed services branches have testified before Congress that the cuts will continue to force the cancellation of a variety of new equipment and missions, and will jeopardize missions and capabilities. Ranks could also be significantly trimmed to cope with the cuts.

Most hearings on the matter have so far been before the House Armed Services Committee, or one of its subcommittees, but on Thursday, the Senate Armed Services Committee will hold its own hearing, titled “The impact of sequestration on national defense.” Army Chief of Staff Gen. Ray Odierno, Chief of Naval Operations Adm. Jonathan Greenert, Marine Corps Commandant Gen. James Amos, and Air Force Chief of Staff Gen. Mark Welsh are slated to testify.

Democrats have been resisting calls for the Defense Department to be specifically exempted from sequestration because they want cuts to domestic programs reconsidered as well. Armed Services Chairman Carl Levin, D-Mich., said as much Tuesday.

“There seems to be a growing concern among Republicans now about the impact on defense spending. That’s fine. But it can’t be limited to defense,” Levin said. “The impact of sequestration on defense and non-defense needs to be looked at. It’s had a very negative impact across the board.”

Republicans complain about such an all-or-nothing approach; many said that while giving DOD the flexibility to manage the cuts, they won’t spare the department from the cuts themselves. The only way they would consider not seeking defense cuts is if the same amounts could be cut in entitlement programs such as Medicare and Social Security instead.

In announcing an end to the 16-day government shutdown this month, Senate GOP Leader Mitch McConnell of Kentucky said Republicans would insist during the budget conference talks that sequestration continue, saying preserving it was “critically important” to Republicans. He did not exempt defense spending in his remarks.

Only a few Republicans are straying from that script so far. They include Sen. Susan Collins of Maine and Sen. James Inhofe of Oklahoma, the top Republican on the Armed Services panel. Asked if he supports keeping sequestration for the DOD, Inhofe said, “of course not.”

“Going through more cuts in defense? We’ve already gone through that, and I think you’ll if you listen to the testimony from the chiefs on Thursday, they’ll say there’s a huge risk,” Inhofe said. “Risk means lives, American lives, by further cuts to our national security.”

Inhofe said that Republicans not on the Armed Services panel have less of an understanding of the danger of continuing to cut the Pentagon budget.

“We have some Republicans here that really don’t believe that we have the problem, the risk, we have right now,” he said.

Asked if he is trying to reach out to his GOP colleagues to educate them, Inhofe said he is, “but they’re not that easy to educate.”