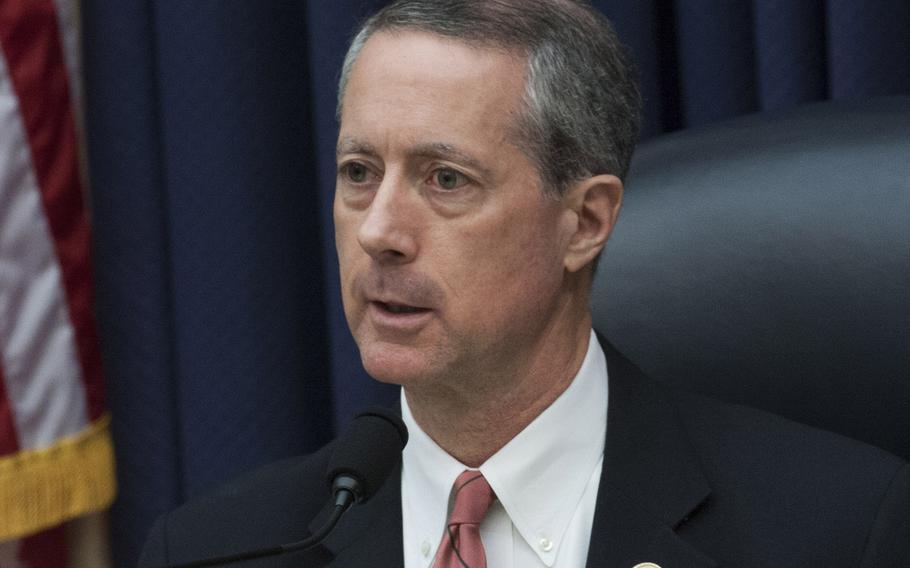 WASHINGTON — The United States should deploy a four-star general to take command of the war against the Islamic State in Iraq and Syria, the chairman of the House Armed Services Committee said Tuesday.

Rep. Mac Thornberry, R-Texas, charged the White House with micromanaging the war effort, and said increasing the military commitment above the U.S. three-star Lt. Gen. Sean MacFarland, who currently leads a joint coalition of more than 60 nations, could revitalize the fight against the militant group and help achieve much-needed tactical wins.

Deadly terror attacks in Paris on Friday showed the militants are capable of targeting Europe and have thrown fuel on Republican criticism that President Barack Obama’s war strategy has been ineffective in dismantling the group.

“We need the military to be in charge of the military campaign in Iraq and Syria and I think there should be serious consideration for a four-star there locally to run the campaign,” Thornberry said. “This cannot be run from Tampa it certainly can’t be run from the bowels of the White House.”

He claimed the president’s National Security Council is managing “what military targets can be hit and under what circumstances they can be hit” in the 15-month-old air campaign.

“The level of micromanagement is absolutely unbelievable,” Thornberry said. “That is why you get statistics like a huge percentage of the air sorties we have carried out over Iraq and Syria have not dropped their ordnance, and there’s real doubts about the effectiveness of some of them who have.”

The administration has struggled to find its footing during more than one year of war in Iraq and Syria, the Islamic State center of power, and its plans to train and equip moderate rebels as allies ended as an embarrassing failure.

Despite rising criticism, Obama defended his strategy following the Paris attacks, saying it will eventually win out against the group.