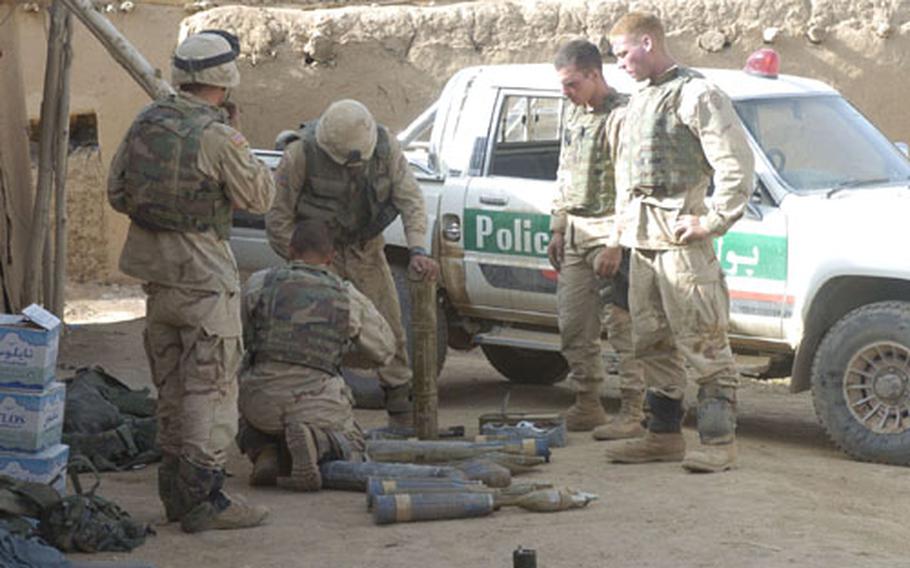 U.S. troops deployed into southern Afghanistan&#39;s Zabol province recovered this Hilux police truck, which was given to an Afghan official, who it was later learned was a Taliban sympathizer. (Courtesy of U.S. Army)

U.S. troops deployed into southern Afghanistan&#39;s Zabol province recovered this Hilux police truck, which was given to an Afghan official, who it was later learned was a Taliban sympathizer. (Courtesy of U.S. Army) 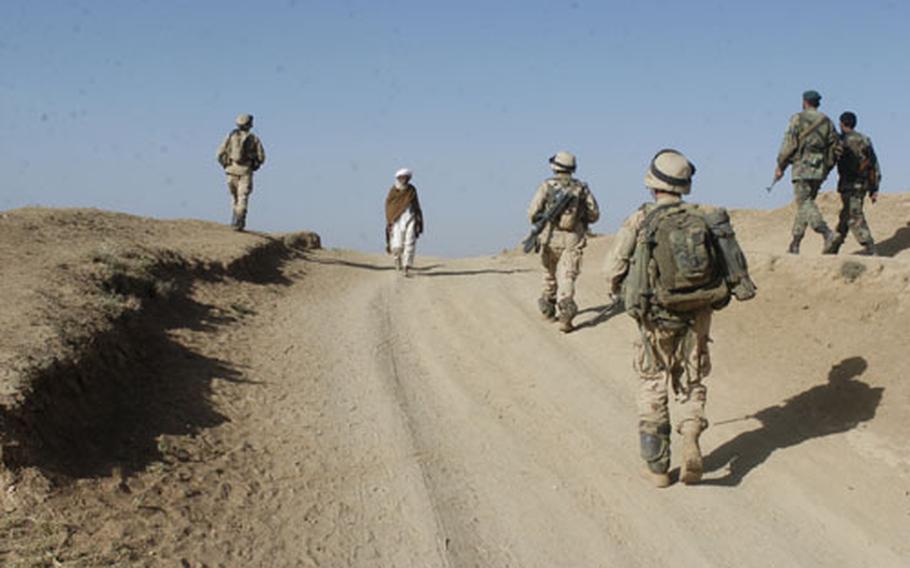 Ghani had been nominated by the governor of southern Afghanistan&#8217;s Zabul province to lead a district north of Qalat in an area known as the Kaki-Afghan Valley. In a gathering of regional leaders a few months ago, Ghani stood up alongside the newly selected police chief for the district denouncing the Taliban and swearing allegiance to Hamid Karzai&#8217;s central government in Kabul.

Despite the pledge, McBride said he wasn&#8217;t so sure.

He had heard reports that Ghani was secretly collaborating with Taliban insurgents in the area, he said. Still, McBride had nothing concrete on Ghani and felt like he didn&#8217;t have much choice but let him take over the key job.

The money was to pay the salaries of district policemen as well as to build a school.

It wasn&#8217;t long before McBride said he was getting reports that the school was not being built, and the new vehicles were missing.

He dispatched a Company C platoon attached to an Afghan National Army unit to investigate. While the troops were there, they would also support the U.N. voter registration teams, which had been eager to get into that area for Afghanistan&#8217;s presidential elections in October.

The 150-strong contingent flew aboard CH-47 Chinooks on July 21 and quickly moved into the main village.

It soon became apparent, however, neither Ghani or the chief would return.

Khan said that Ghani had been allowing local Taliban militiamen to use the trucks.

&#8220;They had a deal where the police would use the trucks in the day and the Taliban could use them at night,&#8221; said Grucella. Meanwhile, virtually no work had been done on the new school, and most of the money was gone.

Khan said he didn&#8217;t know where Ghani was, but he thought he could find the police chief.

Khan came through, duping the police chief into the village where he soon was arrested, said Grucella.

Interrogated by the Afghan Army, the now-former chief soon told the troops the police trucks could be found in a neighboring village.

All but one was recovered.

Ready for a choice

Many in the area, however, appear ready for a choice.

In all, the teams have registered more than 2,500 villagers to vote.

While far short of the U.N. goal to register 5,000 for that area, considering the region has long been a Taliban stronghold it was better than expected.

Grucella said he hopes Afghanistan&#8217;s steady plod toward democracy will make it tougher for Ghani &#8212; and men like him &#8212; to remain at large.

McBride said he&#8217;s disappointed that Ghani betrayed his trust and is concerned that the Taliban were able to get a police vehicle and the satellite phones, not to mention so much cash.

And he&#8217;s confident that Ghani &#8212; and the still-missing police truck &#8212; will surface eventually. Ghani will either end up dead or in an Army prison like the former district police chief, he said.