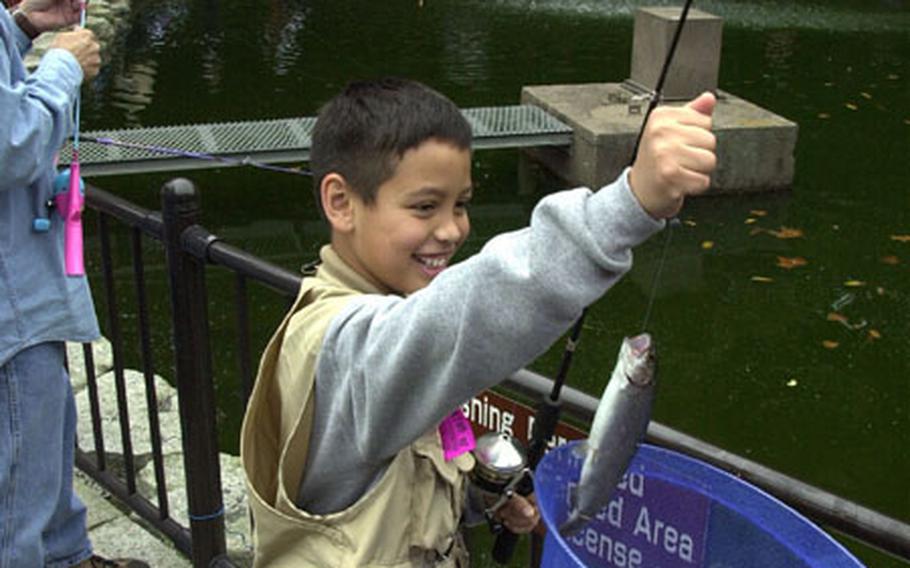 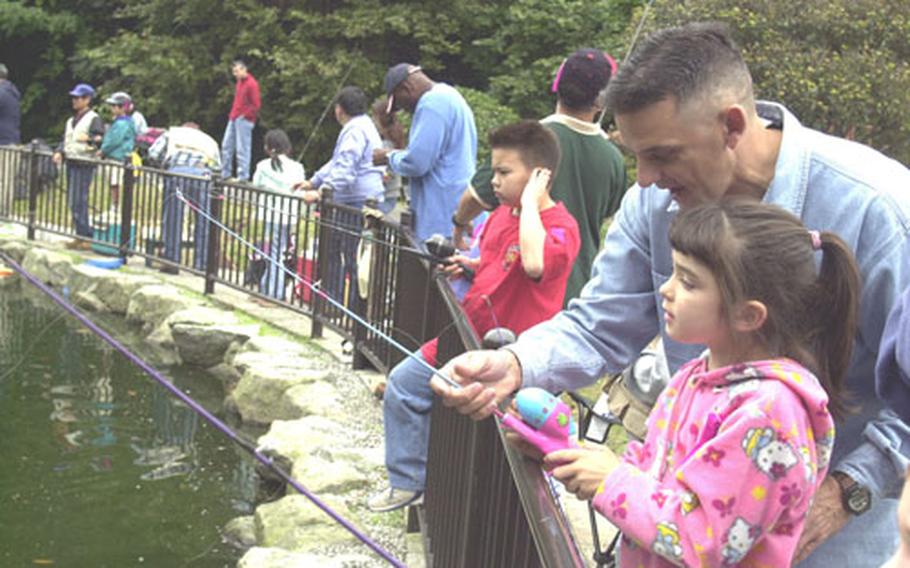 Anglers had two hours Thursday to reel in more than 300 rainbow and brown trout that were stocked in Zama&#8217;s Dewey Park Pond. Prizes included tickets to Tokyo Summerland and Sesame Place for the smallest and largest fish, as well as for the highest pound totals.