Gondola made on base launched in Venice 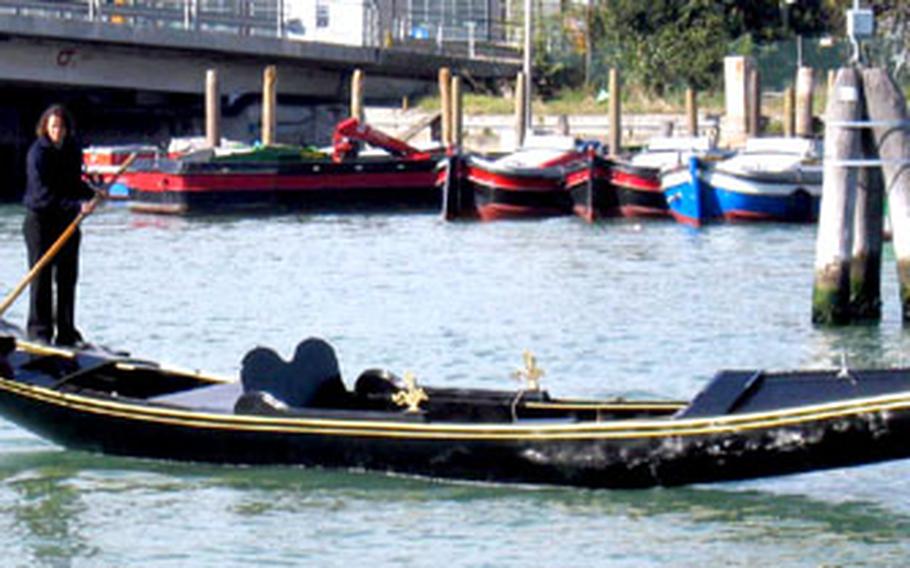 Alexandra Hai, the first female to hold a job as a gondolier in Venice, Italy, steers a gondola built by university professor Craig Manley during its initial launch last week. (Jim Sajo / Special to Stripes)

Alexandra Hai, the first female to hold a job as a gondolier in Venice, Italy, steers a gondola built by university professor Craig Manley during its initial launch last week. (Jim Sajo / Special to Stripes) 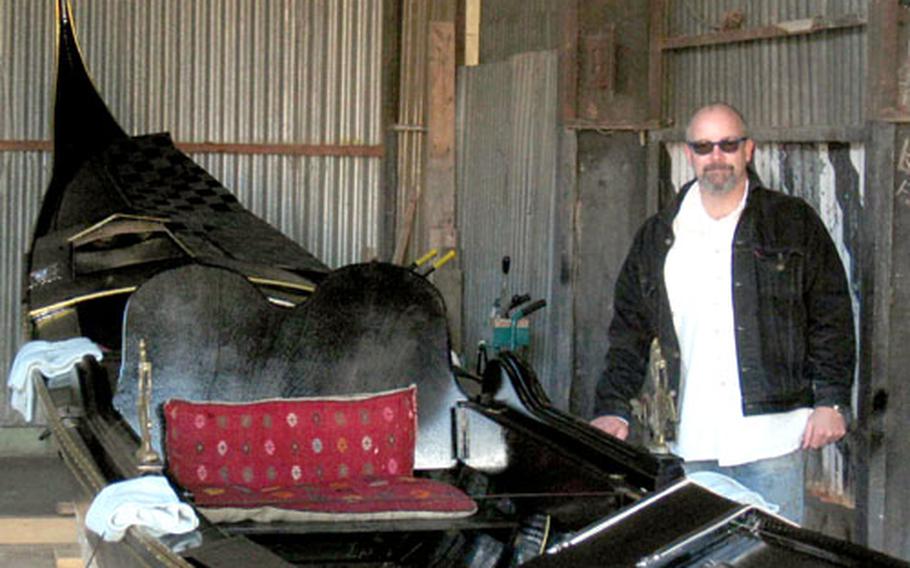 Craig Manley, a University of Maryland professor at Aviano Air Base, Italy, stands next to the gondola he built on base over the course of five years. (Kent Harris / S&S) 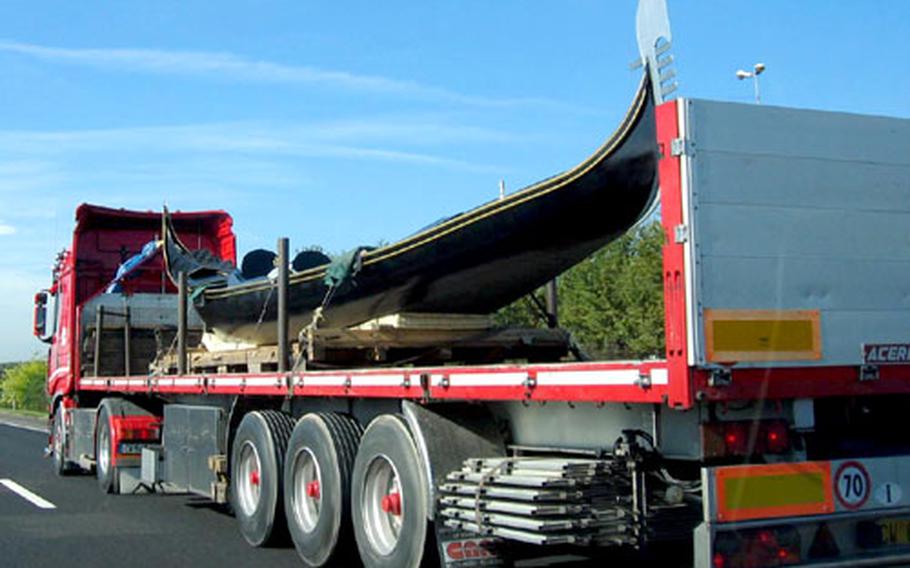 A gondola built by university professor Craig Manley makes its way down the A-4 autostrada last week on its way to its first launch in Venice. (Jim Sajo / Special to Stripes)

For tourists in Venice, Italy, the city&#8217;s famous gondolas conjure up thoughts of romance and adventure, and perhaps dreams of owning one someday.

Craig Manley isn&#8217;t technically a tourist. He and his longtime girlfriend, Toni Sepeda, own a home in the city. And now they also have their own gondola, after a successful launch last week.

Manley built the gondola in his spare time between teaching and traveling each summer to a home the couple owns in Turkey.

He said he has no idea how many hours he spent on the project, but he&#8217;s probably invested at least $8,000 into it. Much of the work was done at the base&#8217;s wood skills shop. For guides, he used the book &#8220;La Gondola,&#8221; about building the watercraft, and some blueprints he purchased in Venice.

Manley doesn&#8217;t plan to ferry tourists around the famous canals of the city. He&#8217;d have to join the local union and pass a series of tests to do that.

He doesn&#8217;t have to go through such a process to do what he has planned for his gondola.

He&#8217;ll likely get some help in that from Alexandra Hai, the city&#8217;s first female gondolier. Hai has met stiff resistance from the city&#8217;s male gondoliers and has failed to pass several tests that would allow her to join their ranks. Instead, she works for a hotel that allows her to take its guests around the city.

Manley said he&#8217;s known Hai for about a year and she was the one who took his gondola out on its initial launch.