Golfers in Okinawa tourney chip in for a good cause 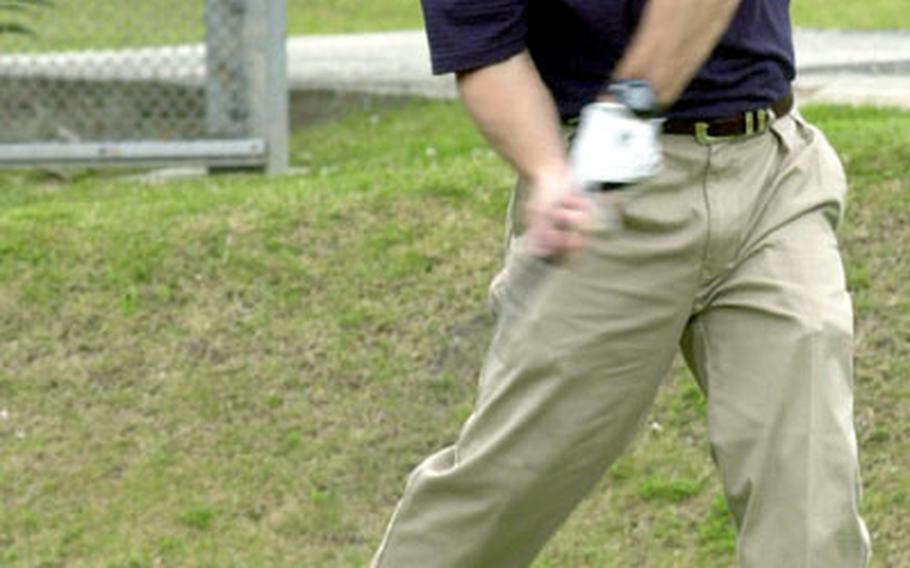 KITANAKAGUSUKU, Okinawa &#8212; One group of servicemembers decided to hit the links to raise money for the annual Navy-Marine Corps Relief Society Fund Drive.

Nearly 50 golfers participated in the tournament at Awase Meadows Golf Course, netting nearly $1,000 for the organization, according to tournament organizer Gunnery Sgt. Lawrence Torres III. This is the second year Torres has handled the event.

Torres, an avid golfer, said when he arrived on Okinawa, he asked if he could help the NMCRS and came up with the golf tournament idea.

One golfer in Wednesday&#8217;s tournament also has experience with the NMCRS.

Lt. Cmdr. Steven Moses, deputy Marine Corps Base chaplain, was the NMCRS representative on the USS Dubuque when he was stationed at Sasebo Naval Base, Japan.

&#8220;I really appreciate that we have an organization to help sailors and Marines when they most need support,&#8221; Moses said.

The fun run will kick off the event, followed by a three-person team 5K relay &#8212; each team member will run approximately one mile. Cost is $5 per runner, with all proceeds going to the NMCRS.

Prizes will be awarded to the first place all-male and all-female teams.