Golf Club's plan to bring greens up to par with U.S. remains on pace 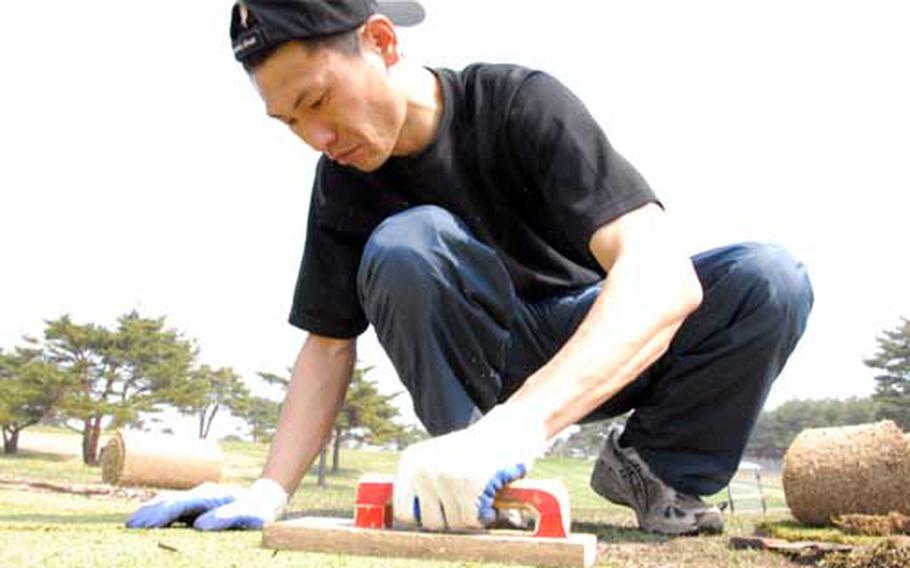 That&#8217;s not easy, considering the course was built by construction troops about 60 years ago. What makes it even more special, officials say, is that the work is being done in-house, from design to the actual digging.

Bill Appel, general manager of the club and Shinichi Baba, his assistant director, are in charge of bringing the greens into the 21st century. They have a crew of groundskeepers who have been the muscle behind the project, racing the weather at the end of each year and babying the new greens as they return to life each spring.

Appel said the first green that was renovated in 2005 &#8212; the signature par three No. 10, with water fountain water hazard &#8212; is maturing and is the "truest and best putting green" on the course.

That, he said, is one of the main goals: growing healthier greens that are more receptive to the ball and that are easier and cheaper to maintain.

They are "building garden beds to putt on," he joked.

Appel said it&#8217;ll run about $40,000 per green for the three receiving renovations this year. He estimates that contracting externally for the work would run an extra $100,000 per green.

The work includes digging out the old greens and installing a "filtration" system of pipes, peat moss and types of gravels.

It&#8217;s a massive project, with each green comprising thousands of square feet. And with a window of a little more than a month, the work is fast-paced, Appel said.

The goal is to continue cranking out three greens a year, assistant director Baba said.

During a tour of the course Monday, Appel and Baba pointed out how much different the greens that were renovated in 2005 and 2007 are compared to those that haven&#8217;t had any work.

Key, they pointed out, is the ability to make the greens challenging while allowing for the daily changing of the ball cups. By moving the cups daily, Appel said, you reduce the wear and tear and allow the green to recover.

Groundskeepers were on the new greens Monday, laying the grass by hand. They will open by June and "be highly maintained, like Augusta," he said. It&#8217;s the groundskeepers that make it happen each year, Appel said: "There&#8217;s a sense of ownership, pride and a level of commitment."